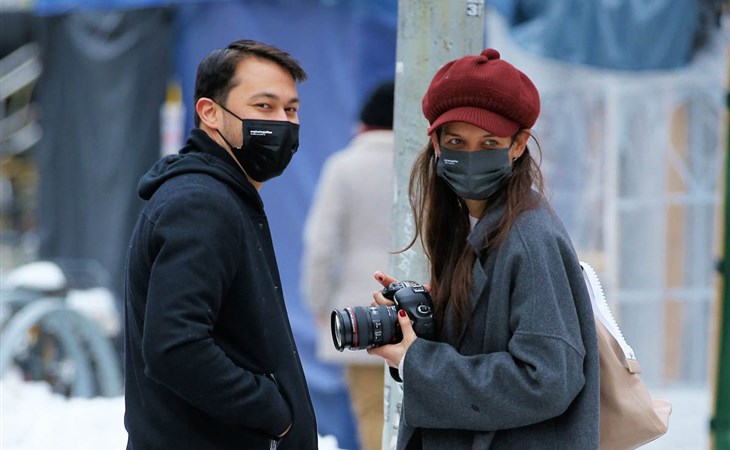 This is an ad but choosing Emma Roberts as a spokesperson for a Pretty Woman line is clearly a nod to her Aunt Julia. How long until a remake gets pitched with Emma as star? Maybe it already has.

So many people are doing touch-ups at home, investing in new furniture or artwork. I think a lot of us are sick of our spaces. Darren Criss redid his ceiling and it is quite unique. This is way too bold for my taste. It would drive me insane actually.

The East Coast Couple of Quarantine, Katie Holmes and Emilio Vitolo Jr., continue to comment on one another’s work and seem as in love as they were on day one.

Another press day, another striped Louis Vuitton look on Chloe Grace Moretz. I love the high collar and flow. The movie she’s doing press for is a live action Tom & Jerry. I would definitely watch this with my kids if it’s available on demand, but Colin Jost is in it and I don’t know if I can take his smug face for that long. But Rob Delaney is in it as well, so maybe it will balance out.

Jason Wu has launched a makeup line and to be honest, this is the first I’m hearing of it. There’s so much new skin care and makeup right now that I imagine the fight for shelf space is fierce. It’s like the celebrity clothing line surge of yore (2005-2010).

“We had a blast and it translated on screen” – that is very true. Chemistry was a huge part of this show and I don’t want to give anything away if you haven’t seen it, but they have a really good setup for season two.

A lot of outlets are posting about Jenny Slate’s “surprise” baby, but she announced her pregnancy in December. It’s more of inevitability than a surprise. (This photo is from her boyfriend Ben’s feed.)

A few weeks back Lainey wrote about Sarah Jessica Parker’s sweatpants game – it looked like a long cuff but I believe it was long-johns under her sweatpants. And I think this video confirms that. It’s layers upon layers.

This headline has been floating around Twitter. I have no idea who it is and I can’t find the online version – was it just in print? And how long was this dude clapping for?! 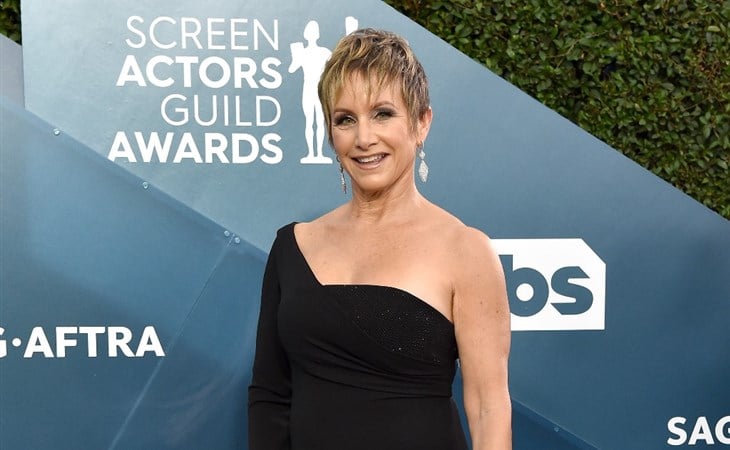