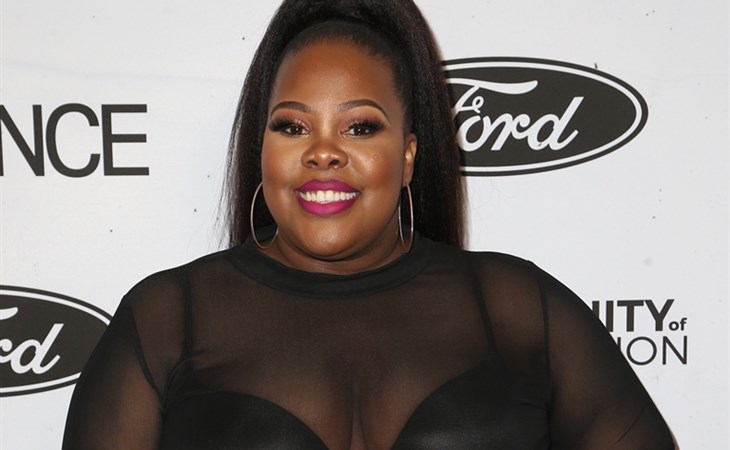 If you haven’t read Lainey’s analysis of Lea Michele’s apology from earlier this morning, you simply must. I cannot let you miss the line, “WHAT OTHER WAY IS THERE TO PERCEIVE YOU TELLING SOMEONE YOU WOULD SH-T IN THEIR WIG?!?” I might steal it from Lainey and make it my email signature. As she mentioned, Lea didn’t mention any of her former coworkers by name so let’s take a look at what they are doing. Samantha Marie Ware is continuing her activism… but someone is trying to f-ck with her.

Amber Riley protested outside LA mayor Eric Garcetti’s home. She spent years on set with Lea Michele – does she really need to give her any more of her time?

Donâ€™t rely on celebrities. You have free agency to use every amazing gift you have to fight for truth and justice. Do YOUR part. YOU are necessary. PERIODT! pic.twitter.com/cmVWUMintV

Yvette Nicole Brown, who worked with Lea on The Mayor, is debating revealing a story, which sucks because it adds another layer of responsibility on her (and also, as a Black woman on social media, she’s already a target of harassment, not to mention how it could affect her career in real life). Putting the stuff with Lea aside, Yvette – a seasoned comedic actress – has been speaking on salary discrepancies for a long time (this piece goes back to 2017). In that piece she talked about being a series lead and making a few dollars more than a male guest star (and made it clear she wasn’t talking about Community or The Mayor).

As I said, Iâ€™m deciding if I need to put my mouth on this. I may be the one that needs to.

Those who pray, please pray that every word & deed that comes from me is in line with Godâ€™s will in this trying season of time.

Being a source of light & love is always my only goal.

That said, I am realizing anew that sometimes you just have to tell the truth and shame the devil, especially when remaining quiet allows folks to create a narrative that is infuriatingly dismissive of the pain they WILLFULLY caused.

So the black squares. That was a bit of a clusterf-ck, right? The point was people were supposed to amplify Black voices, content creators, activists and businesses and instead it messed up the informational #blacklivesmatter posts. It also allowed for the laziest kind of hashtag activism, like all the celebrities who posted it “in support” but couldn’t quite get there with the most important part of the message – Black Lives Matter and resource lists.

An example of how this took up people’s time is that Elisabeth Moss, well intentioned I’m sure, posted it and then Kerry Washington had to explain to her why it needed to be fixed. That seems like a waste of Kerry’s time.

Do you watch Nailed It! on Netflix? I’ve recommended it before because it’s a family-friendly show that won’t make you want to scream into a pillow. Host Nicole Byer is a like a rainbow wrapped in puppy dogs – just the sunniest, most adorable person. She’s written a guide to talking to children about BLM and even included notes on how to replace curse words (“you can replace that with dang if ya kids are soft”) but I think a lot of kids would appreciate the f-cks.

A little bit of gossip from US Weekly – Bella Hadid and The Weeknd are in touch again. No surprise there, right? Touring will be shut down for a while, as will a lot of the work Bella does (like runway shows). They’ll have a lot of time to reconcile.

The Ana de Armas account remains undefeated because the captions and comments are hilarious – a rarity on Twitter. Yes, we all made note of Ben’s homemade sign but the comment below will have me laughing all day. 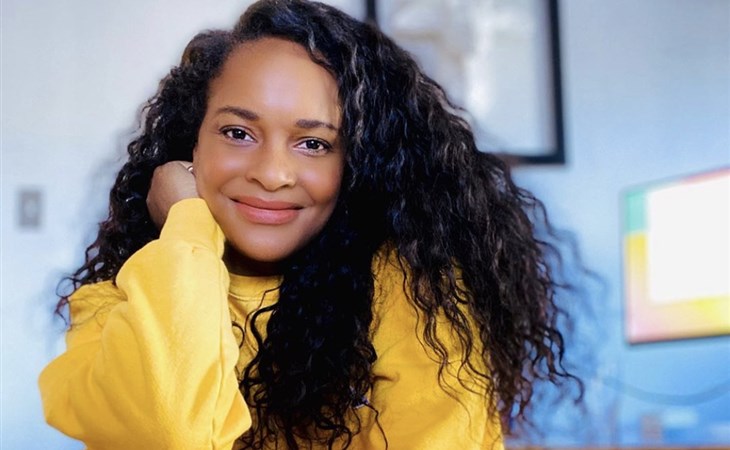 Show Your Work: Working While Black