Helena Christensen and Norman Reedus’s son Mingus Lucien Reedus has graduated from high school. And yes, he is already a model. With his genetics, that’s a given.

AS HAS BEEN STATED BY NUMEROUS LEGAL SCHOLARS, NOWHERE IN THE RULEBOOK DOES IT SAY A GOLDEN RETRIEVER CAN'T BE PRESIDENT

Eva Chen is the head of fashion partnerships at Instagram and sometimes interviews celebrities and designers in the Facebook/Instagram tiny conference room. The space has recently been decked out in a Versace tribute, down to the tea cups. What is Donatella’s face saying here – is she pleased? I can’t tell. What a skill that is, to have an expression that always looks mildly disapproving.

This pains me because I enjoy Leslie Bibb but oh man, this dress. The combination of the red lace, one-shoulder mini with the handkerchief hanging off the side is… not good. And the shoes date the outfit even more. They did a great job on her hair and makeup though.

Out of all the celebrity clothing lines of the 2000s, who would have predicted that Abbey Dawn would outlast both Sweetface and House of Dereon?

You know how Lainey talks about “nuggets of thirst” in Instagram comments? I’m trying to pretend that this is Chris Pratt and Jennifer Garner leaving thirst nuggets for each other. 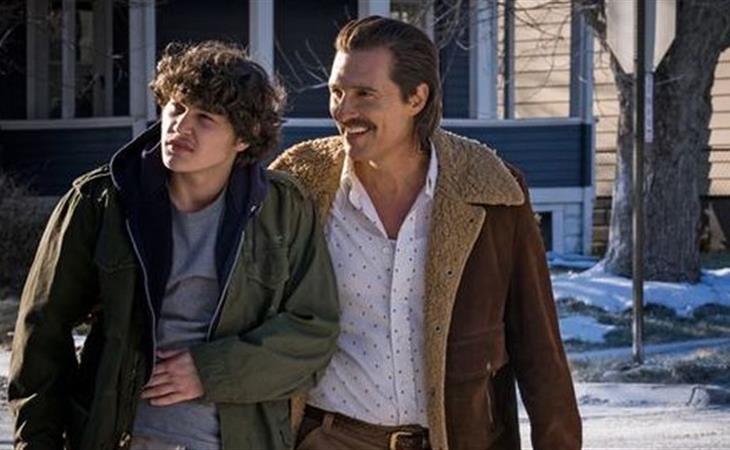