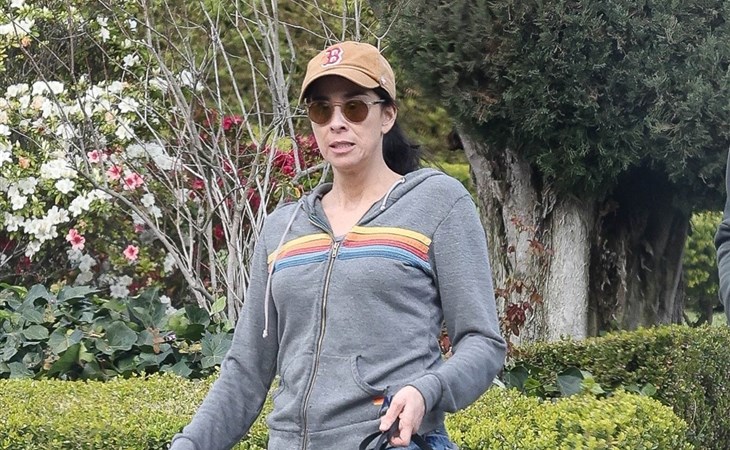 Marry Me, JLo’s big rom-com that coincided with a  big re-emergence in her personal life, wasn’t loved by critics (read Sarah’s review here) and the observations on Twitter have been comical. (I watched the scene mentioned in the tweet below and while I didn’t have the whole context, it was unintentionally funny.)

Sarah Silverman was in Marry Me as the quirky best friend and before the official promo, she was posting about it at the time of filming (about a year ago) but did not do any social media promo. Why not? At the very least wouldn’t you put up a picture with one of the stars? I don’t think she went to the premiere either. To be clear, I don’t think it has anything to do with JLo as Sarah has raved about working with her as well as Owen Wilson, and she did Fallon to promote the film. Sarah has about two million Instagram followers and the bigger question is, what is the expectation around posting on social media and is it included in their fee, like a junket. Do contracts now include hair, makeup, wardrobe, travel and Instagram engagement?

Sorry about the glare but I had to share this

(BTW I think he knows heâ€™s on cameraâ€¦he just doesnâ€™t know what the fuck to do) pic.twitter.com/ZXqDYl0xdk

This morning Lainey wrote about Jennifer Garner’s black dress at The Adam Project’s premiere,  which I was also wanting to highlight to go along with this video of her at a fitting with her stylists, Jill and Jordan. Jennifer’s red carpet looks are classic and fairly safe and there’s nothing in this mix that is uncharacteristic but the strapless white pantsuit did stand out. I hope we see that one again.

Well, I think I was fooled by the youngsters when I posted about Iris Apatow confirming her sister Maude is dating Lukas Gage, which was apparently actually them trolling DeuxMoi. I had heard that Maude was dating author Sam Koppleman and Lukas is dating someone as well, but they are young and hot on TV, anything can change at any moment. The rumour didn’t seem too wild to me. The Euphoria cast is close and constantly on DeuxMoi, so they must get a kick out f-cking with them. Can you imagine the group chat.

Sarah wrote about Ted Lasso at the SAG Awards and mentioned that Juno Temple was there in person and this makes me a little nervous about Keeley and Roy. Maybe they are shooting all of the football match scenes so they didn’t need her there, that’s a possibility. In terms of story, though, what makes sense in the long game with Keeley and Roy? Do they grow together or just grow apart?

Salma Hayek’s glove got caught in Fran Drescher’s dress at the SAG Awards and that assistant (?) was the only one sweating about it. If they want to improve the Oscars, this is an idea: put a camera a the bathroom entrance or at the bar. Or film them during the commercial breaks when they all get up to chat and air that instead of the little skits. 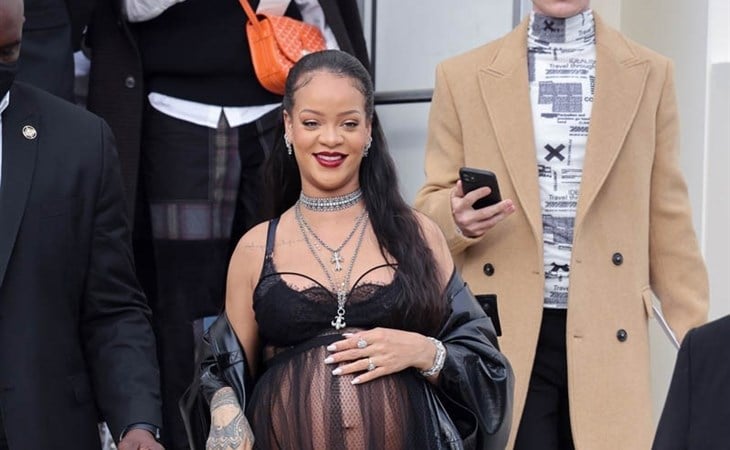 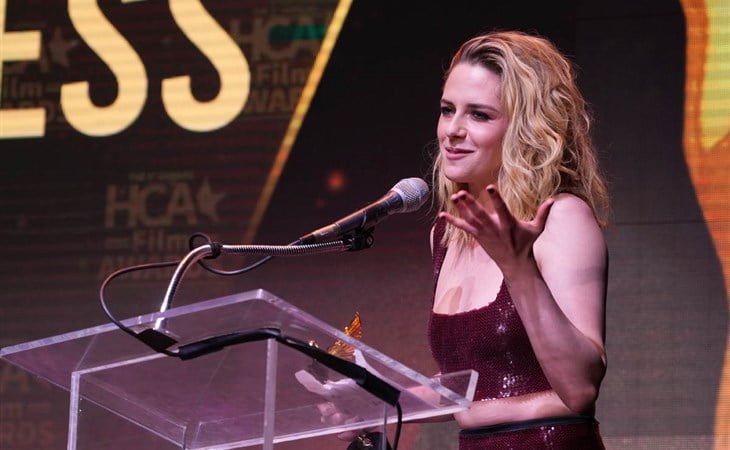