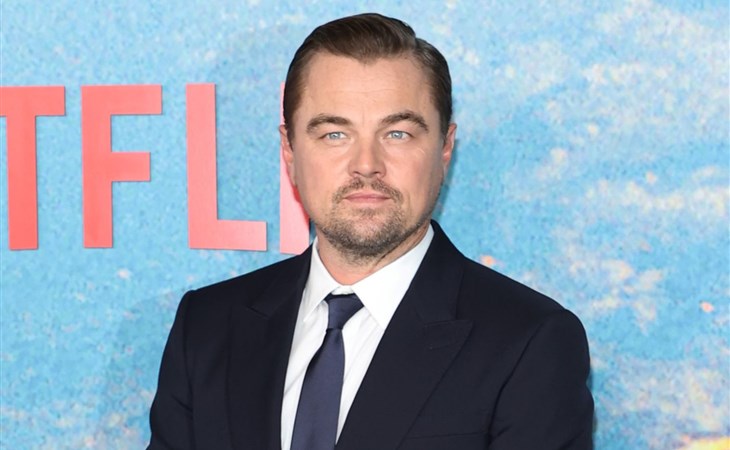 TIFF begins next Thursday, September 8. Sarah and I will not be sleeping for a week during this time so apologies in advance for not being able to string together any coherent sentences when the festival begins. It was already full schedule and this announcement has basically melted all our timelines as every reporter covering TIFF is now scrambling to accommodate the latest development. Sunday, September 11, already looked bananas when TIFF released the lineup because Harry Styles will also be in town that day.

And… Joe Alwyn is in Lena Dunham’s new film, Catherine, Called Birdy, premiering on Sunday, so you can see how it’s all lining up. But this isn’t Taylor’s priority, I don’t think. You’ll recall she also took All Too Well to Tribeca. And as Sarah just pointed out, All Too Well is eligible in the Short Film category at the Oscars.

Join us on Sept 9 for the first-ever screening of the singer, songwriter, producer, actor, and directorâ€™s ALL TOO WELL: THE SHORT FILM in its original 35mm form during a special In Conversation Withâ€¦ Taylor Swift event. https://t.co/UIOuVERokG pic.twitter.com/aSEFPiJ920

This is my last day subbing in for Maria in this space…and what a glorious week it’s been. Maria is enjoying her holiday, no doubt, but I feel like there’s 2% of her that might be a little wistful that she missed out on this. I know because she’s been texting me every day. The FOMO is on point, though, because no one has more FOMO than Leonardo DiCaprio. “Where’s the party?!” is his life motto.

The party this week, however, has been at Leo’s expense. So we might as well keep it going to end the week since the internet’s clowning of Leo DiCaprio 2022 has not slowed down. In a beautiful twist of irony, conservation groups are now clowning the conservationist:

Many of the native fish species found in Oklahoma's waters have long lifespans. In fact, in late May 2019, an Oklahoma angler caught a 66lb female smallmouth buffalo fish that was estimated to be 62 years old. That's a whole 37 years past being eligible to date Leonardo DiCaprio.

That, of course, is the easy joke – the one about being OVER 25. But the UNDER 25 joke works too:

You can practically hear Leonardo DiCaprio booking his flight pic.twitter.com/YW4ug4XZSe

This tweet is a good setup to what I’m about to show you after it:

If Leonardo DiCaprio keeps dating women in their early 20s, theyâ€™ll now be so young that they fully missed his teen heartthrob era. Theyâ€™ll be texting their friends like: â€œSo Iâ€™ve been going out with the dirty guy from The Revenant. Weird, right?â€

With that in mind, have you read the McSweeney’s essay by Amanda Lehr? Straight up, this is a masterpiece. It’s genius pop culture, brilliantly combining literature and rumour to create a piece that’s like if the Nobel Prize and the Oscar had a baby.

"For eight years, my job was to wait until he needed me to step in. Yesterday, the guardians told me that I was finally needed by Mr. DiCaprio. After four years of service, his old girlfriend, Camila M., 'completed' on the occasion of her 25th birthday."https://t.co/bnmRDo3tZp

â€œMy name is Kassie H. Iâ€™m twenty-one years old, and Iâ€™ve been a pre-girlfriend for over eight years...â€

(thanks to @mcsweeneys for letting me write about Leonardo DiCaprioâ€™s girlfriends against the advice of counsel) https://t.co/aJdhW68OUF

It is so f-cking smart and so f-cking funny, even if you’ve never read Never Let Me Go. But if you have, you’ll appreciate the virtuosity at work here. It’s so great, I’m almost mad at it, and depressed, too, because I didn’t think of it. And it’s one of my favourite books.

Every line is art, including this one:

"When my last birthday comes and he asks me what Iâ€™d like to do, I already have my answer. â€œLetâ€™s stay in and watch you in THE BEACH,â€ Iâ€™ll say. â€œI loved you in THE BEACH. Critics back in the year 2000 were wrong.â€https://t.co/1O6X8bSFAn

And while I don’t want to spoil you from the experience of reading the piece in its entirety and levitating from the excellence, I can’t help myself, I have to show you my favourite part:

“History goes back to 1974, when Mr. DiCaprio was born, so that’s a lot of things to learn. We also watched old movies like The Wolf of Wall Street and The Revenant. I like the oldest ones the best, even though they’re harder for me to understand. My favorite is Romeo + Juliet. I can’t always follow the old way they talked back in the 1990s, I guess, but I like to imagine that, when I meet Mr. DiCaprio, he’ll see me through the fish tank, and I’ll be wearing angel wings.

DEAD. I am dead. I have expired. I will read this over and over again from beyond.

A few days ago, when we first revelled in Leo inspiring the best of Twitter, I mentioned that social media was coming for Tom Brady and speculating whether or not he’d had his face tweaked. Tom said in a press conference that he’s 45 now and “there’s a lot of sh-t going on”. Some “sh-t”, according to Page Six, is that things are not going well at home.

Well now our worlds are crashing together because, of course, in Gisele Bundchen’s life, before Tom there was Leo. And Leo is single again. Some people are going there:

Tom and Gisele are fighting apparentlyâ€¦ this is conveniently close to when Leo just became single. Perhaps the early aughts couples are all coming back again just like low rise jeans. pic.twitter.com/ADDFli2BMl

Gisele is now 42 years old. With two children. The Leo D Age Chart is not going to go back to the beginning. And she might be pissed at Tom, but there’s also nothing in this Page Six story that suggests that these two are even in the neighbourhood of being over.

Besides, after being in a relationship for almost five years, the word on Leo is that he’s back deep in club life, surrounded by young models, partying all the time. Pussy Posse…assemble! Leo and Brad Pitt are good friends. Will Brad join the Pussy Posse one day? It’s not a stretch. Brad and Edward Norton are tight, and Edward has been known to hang with Leo’s crew. Those social circles have to have overlapped at some point.

Brad came up yesterday, though, because his cashmere line was featured in Vogue. The shirts sell for $2000 and Mary-Kate Olsen wears them. Does that trigger a gossip memory? Earlier this year it was rumoured that Brad and Lykke Li were a thing and that MK Olsen was part of that crew. Cashmere and Cigarettes, that should be the brand.

And finally… naturally… we end on BTS. Earlier this week there were reports that the South Korean government was considering a public survey to determine whether or not to exempt the band members from mandatory military service. Enrollment apparently can’t be delayed past the age of 30 and Jin turns 30 in December. But then the next day they said that they weren’t going ahead with the survey.

South Korea may conduct a public survey to help determine whether to grant exemptions to mandatory military service to members of the K-pop boyband BTS, officials said Wednesday. https://t.co/C8P6dqZygF

RM, Jin, Suga, j-hope, Jimin, V, Jungkook, and their label have, smartly, not commented on the speculation.

They also have not commented on the other rumour. I posted about the speculation last week over Jennie and V and whether or not they’re dating after photos of them together leaked online. A new set of shots showed up on social media yesterday and once again, it’s chaos for ARMYs and Blinks because no one can find the originals (to support the suggestion that these images have been manipulated), and also because …is someone hacking into Jennie’s phone or has she been betrayed by someone close to her?

Like I said before, I’m no expert in deciphering whether or not pictures are fakes. What I can say, though, as someone who covers pop culture and celebrity gossip, is what I already said last week about this story – a rumoured romance between members of the most popular groups on the planet – it’s HUGE! It’s Britney and Justin huge. It’s Taylor and Harry huge. It’s Selena and Justin huge. And it’s basically being ignored by western media. Also, I don’t know if it’s true, but if it is… aren’t they so cute?! 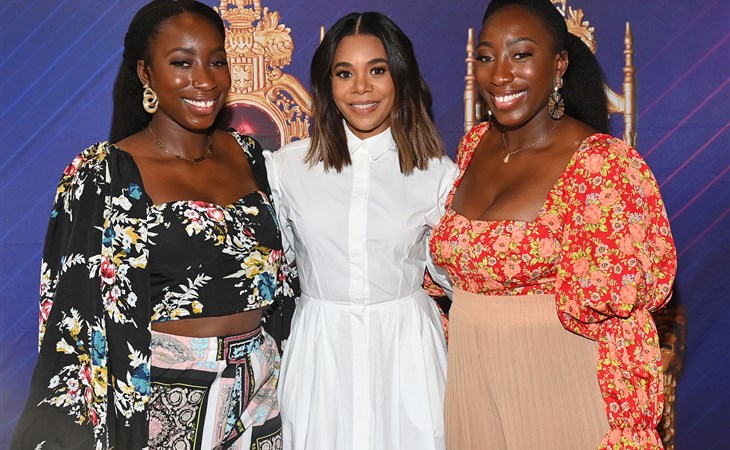 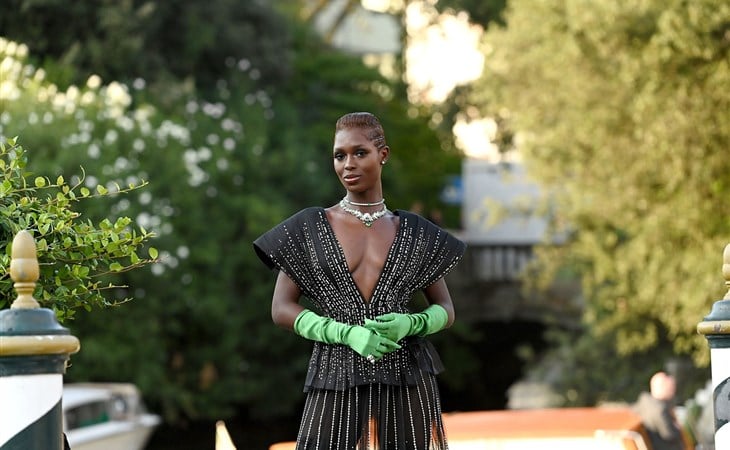