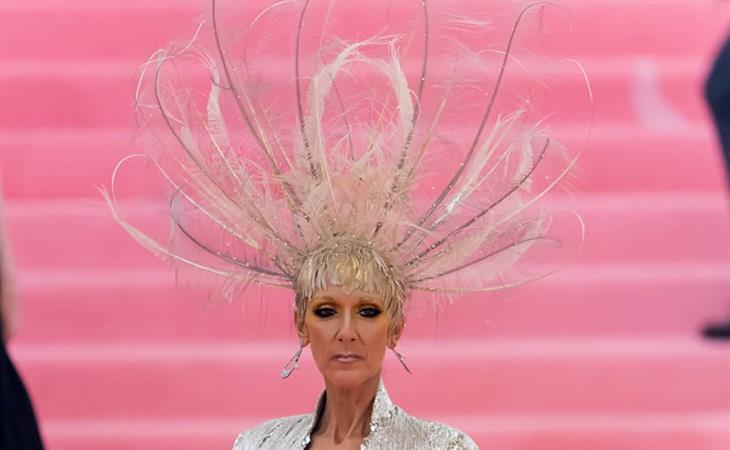 I could have grouped Celine Dion with the other silver headpieces – and I actually suggested it to Duana, because our list was starting to get real aggressive, and I thought, maybe, since we haven’t slept, we might want to conserve energy. She told me that was blasphemy and she’s right, obviously, how could I even have entertained the idea?

Was Celine’s outfit Camp? Yes. Our friend Lorella compared it to homemade spaghetti. Was the headpiece absurd? Yes, again. It looked like a balding bird, that qualifies. The real Camp when it comes to Celine though is … well… just Celine. She could have worn the most basic, most generic strapless column dress and she still would have been on theme. Celine doesn’t have to know what Camp is to actually BE Camp:

Like, yeah OK, she had a problem articulating the spirit of Camp – but then again, probably so do most people. For Camp is a spirit, it’s a feeling, and sing it with me one more time: who’s the Queen of All Feelings?

Still have doubts? Watch this – if this isn’t Camp, what the f-ck do you think Camp is?

Why is she talking like that? I don’t know.

What is she actually singing? NOBODY KNOWS.

Why is she humping Katy Perry’s nothingburger? WHY DO YOU STILL ASK WHY WHEN IT COMES TO THIS WOMAN? THERE IS NO WHY!? There is Camp – and then there is Celine Dion Camp, the cheesiest, most bonkers Camp. Nobody is complaining. I am definitely not complaining about seeing Celine with Law Roach, the man who guided her to her fashion reincarnation. It’s been a few months since they worked together; hopefully this means he’ll be styling her again? 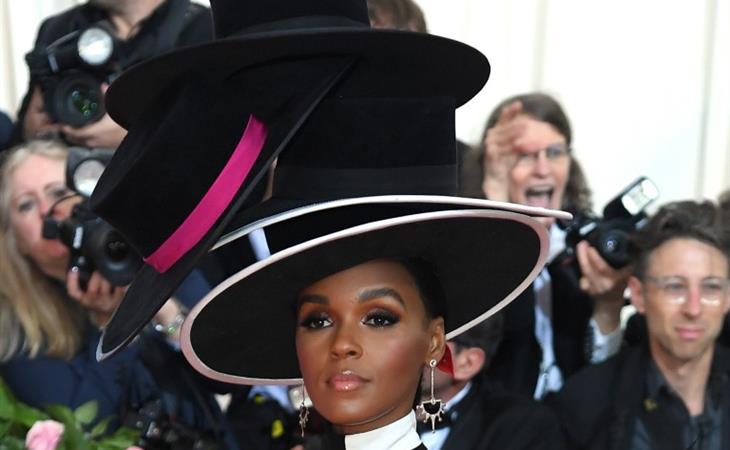 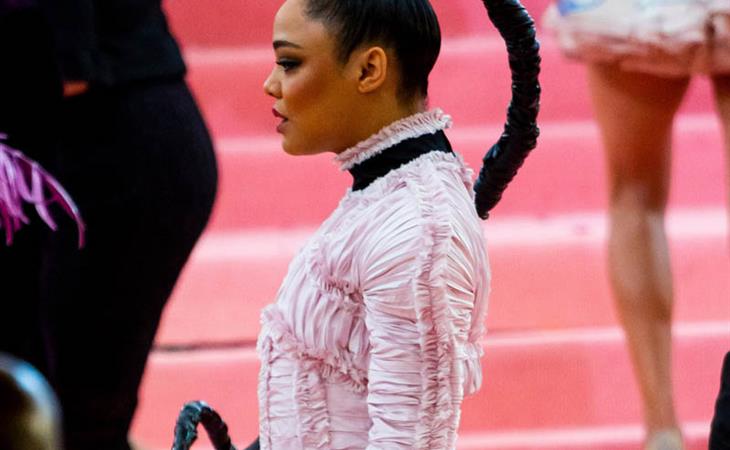