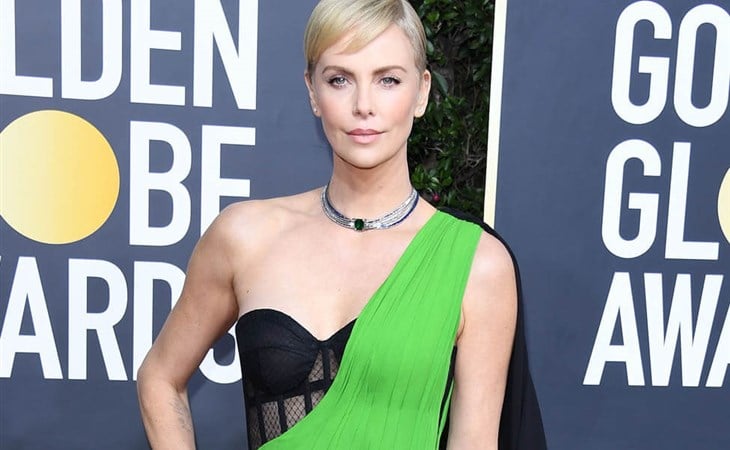 All right… let’s do this.

I even cracked my knuckles in anticipation.

Yeah, yeah, okay. Tired joke. But, knowing that I was gonna choose this look, and also knowing how many people already hate it, I wanted to actually try to do a bit of homework-slash-introspection, and figure out why I thought this was the best dressed of the night.

A few obvious reasons come to mind. Obviously, bias is always in play, and I do like Charlize, but… that’s not exactly revolutionary. That is, I doubt in the umpteen years we’ve been doing this that either of us ever gave a best dressed assignation to someone who actively rubs us the wrong way. Plus, I’m famously a fan of green, in all its shades, which very rarely gets any play on the red carpet – maybe some sort of fear of looking Christmas-y? I don’t know, but the rarity always appeals to me.

And yes, I’m contrary, but none of those are the reasons I chose this one. I chose the Dior Haute Couture dress, and Charlize in it, because I couldn’t stop looking at it, and at her in it. Every time I saw it, I wanted to look at it some more, to understand what the designer might have been trying to express, or what they hoped it would evoke. It wasn’t immediately obvious – neither sexy nor pretty nor overtly ‘glamorous’ – and that made it completely intriguing. Clearly, Charlize loved it. She is luminous when she likes what she’s wearing, maybe more than most red carpet regulars. Remember those champagne or seafoam or cloud grey gowns she used to wear in the 2000s? She looked beautiful, of course, but she didn’t look chill – and Charlize Theron, who’s only fine when she looks stiff and normal, is spectacular when she’s chill. In fact, I don’t know if it’s about colour at all. The weirder the gown, the better she seems to look and feel. Last night she had big smiles and fierce faces and generally seemed like life inside her skin – and that dress – was the best party going.

I also think I liked it because I couldn’t stop thinking about Bombshell  whenever I saw it… and that’s kind of the point, right?

I liked the movie much more than I expected to, and though I know Charlize is far from a shoo-in, I thought her performance was incredible – an A+ turn in an overall B+ movie.

But the scene that stays with me most from Bombshell doesn’t have much of her in it at all, and yet I can’t get it out of my head. It’s a spoiler if you haven’t seen it, but suffice it to say it takes place in the wardrobe closet at Fox News, and, as you know if you’ve ever seen the channel or any of its clips online, there was almost no variation available. No variation permitted, even.

So this dress, that breaks all the traditional red carpet rules, speaks to that image, to me. Its shape and colour and the admittedly odd shoulder train are daring you to dislike it. Daring you to say you want her, and her dress, to get back inside the box – which is what the Megyn Kelly character in the film (I’m not trying to make any grand statements about the actual human person) was up against, and bucked against.

Which in turn is a pretty great piece of strategy, if it works, right? If Charlize wears an out-of-the-box dress that reminds you of how beautifully she played an out-of-the-box character, then that’s fashion absolutely doing its job – especially as people finish their Oscar voting this week. (Lainey: the exact opposite of what JLo is doing) Something that outlandish is poking you in the ribs, going ‘don’t forget about me!’, and it’s working – at least for this non-voting non-member of the Academy.

By contrast, her Bombshell costar’s looks are less arresting, which… maybe also strategic? Not that they need to be compared, but especially since Bombshell was about fitting a very specific mold, it’s an interesting exercise.

Nicole Kidman’s red Versace is as utterly unimpeachable as her constant companion, Keith Urban. As these column-drapey shapes go, it’s pretty nice and not overly fussy, but I had forgotten about it as soon as I saw it. And I get it – not every night can be about glorious parrots on your shoulders. But Nicole is one of those people who stays in the box 85% of the time, and shocks the hell out of you the other 15%, so I’m always hoping. I know probability and statistics mean most times won’t be a shocker, but I can hope…

Meanwhile, Margot Robbie’s Chanel had so much promise from far away, but kept turning out to be less than I’d hoped. First I thought it was big flowy white pants – my kingdom for a slouchy-tailored jumpsuit! And I forgot my glasses, so my eyes tricked me into thinking the sequins were a lot bigger, and more playful/campy than they actually turned out to be. This is fine, even pretty, but God, she could do so much more, right? Alls I’m saying is, this is my last piece of the day, and we’re finally going to eat something before we race to the airport and try to make it onto the plane before we pass the hell out. By the time I get some bacon into me, most of last night’s looks will be long forgotten.

But this one will stay with me, and it augurs very, very well for the rest of this breakneck awards season. Onward! 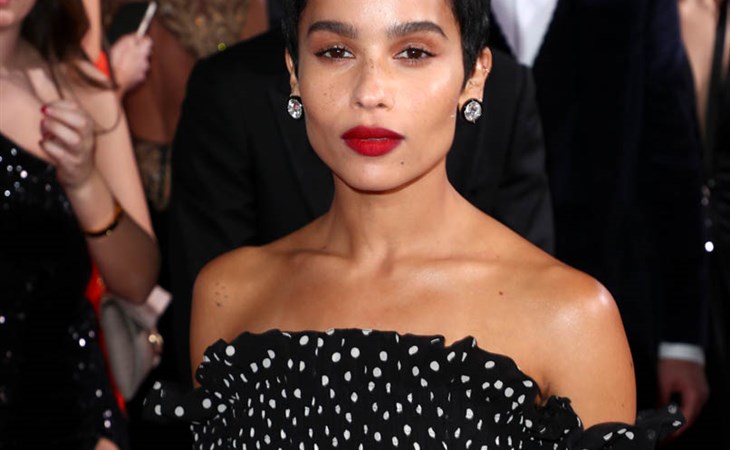 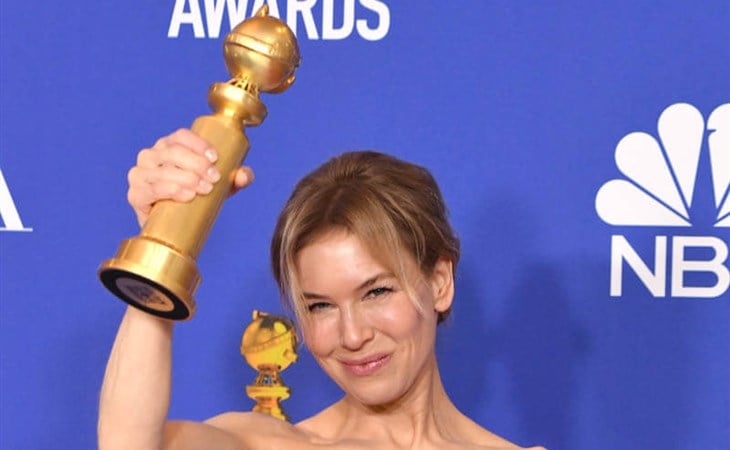