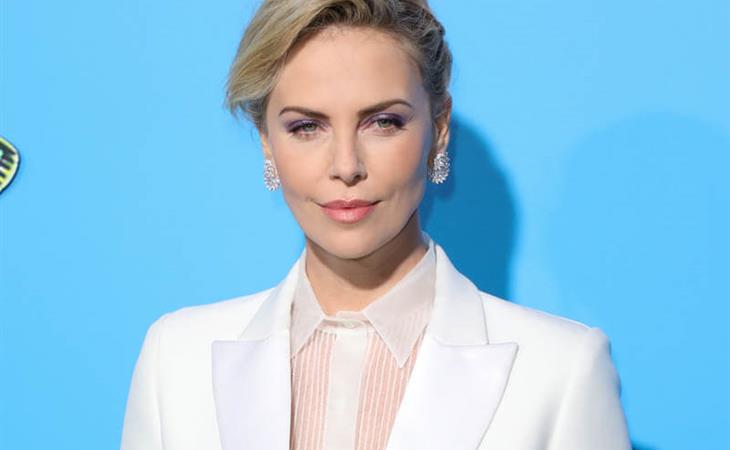 I am big into suits right now. A few weeks ago I mentioned that I was looking for a non-black tuxedo. It was for the Oscars. The producers gave me the go-ahead for a tux as long as it wasn’t black (we like to put colour on TV for visual interest) although we still pulled a black suit on standby in case there was a blackout dress code in effect like there was at the Golden Globes. Anyway, I ended up in a rose-gold tux but we totally recut the pants. You can see the original here and click on the full suit photo from the photo list on the left-hand side of the page. The pants were flared at the bottom which is impossible. So we had them taken in along the thighs and then shortened and tapered. Final result:

Sort of like the vibe Charlize Theron had going on at the Gringo premiere last night, right? Only hers is haute couture, Christian Dior. And it’s bomb-ass, holy sh-t. My only issue isn’t with the suit itself but with how it’s been styled with the shoes. This is how they sent the suit down the runway. With the fishnets over the sandals. You like or no like? I f-cking hate it so much. Especially in Charlize’s case, since her suit is white. Looks weird, non?

Gringo opens this Friday. There hasn’t been that much promotion for it but Charlize and David Oyelowo did a Funny or Die and, as usual, she’s the baddest, although David did get her off the top with #OscarsSoWhite. LOLOLOLOLOLOL.

As you can see, as we have seen over the years, there’s always a “f-ck” waiting to come out of Charlize’s mouth. She loves to swear. She swears good too. There’s never any hesitation. And she uses her f-cks well. She also uses her vape, any chance she gets. Between the suits and the swearing and the vape, I think she might be my celebrity power animal. Also I’m pretty sure they’re shading Mel Gibson.

.@CharlizeAfrica faces off against David Oyelowo in a very serious acting challenge. @gringomovie is in theaters this Friday! #ad pic.twitter.com/Acqb7GSu4F

PS. Since I’ve already annoyed you by talking about my suit so much, I’ll just lean into that harder and give you more to hate on so here’s another suit I wore last night to the Canadian Screen Awards, inspired by this look on Zendaya and recreated for me by our stylist on The Social, Erica Wark. Check out Erica’s new website here. She’s amazing.

Please consider a suit the next time you have to dress for an occasion. And send me your photos, I want to see. It’s an obsession. 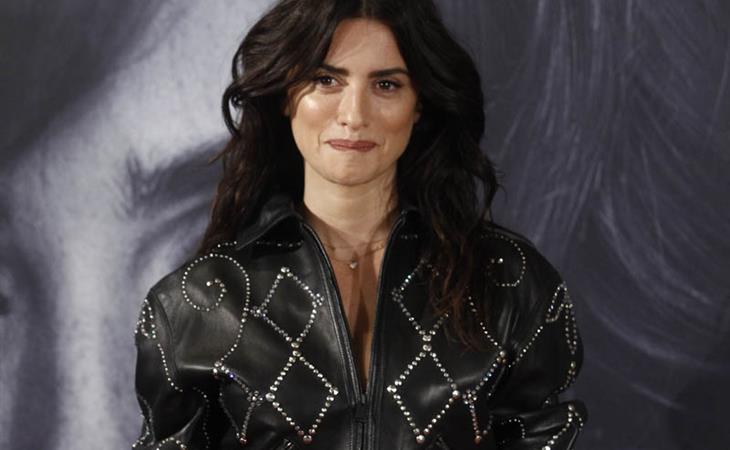 Penelope’s best in a while 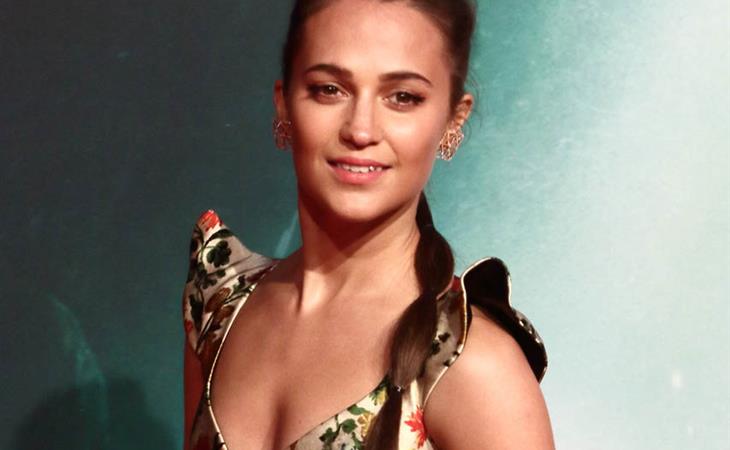