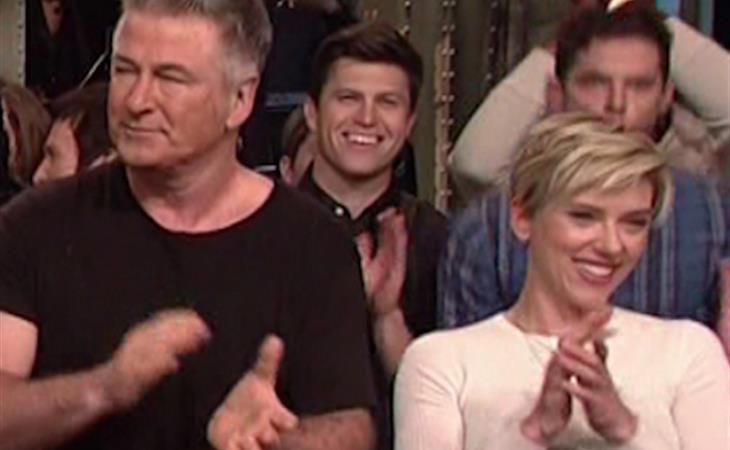 Colin Jost ended the last season of Saturday Night Live with Scarlett Johansson. A month or so later, he was watching her hold hands with her lawyer. Then a few weeks after that, he had her attention again. And now, well, it looks like he’s made it to the end of summer. Can he make it to the end of the year though? I wonder if he asks himself that every day. As I’ve said many times, I do not have the flavour for Colin Jost. You don’t think he has a weak face? (Dlisted)

A theory I’m tossing around about Diane Kruger: has her style gotten sh-ttier since she ended her 10 year relationship with Joshua Jackson? I feel like I might need to spend some time on this, go back through her looks during the Josh Decade, compare them to her looks during this current decade, the Norman Reedus Decade. But I could be on to something, right? Like, 5 years ago, these pants would have been a different colour and that top would have been a lot more interesting. (Go Fug Yourself)

Do you miss Game Of Thrones? Who are your go-to Game Of Thrones experts? Mine are Mallory Rubin and Jason Concepcion at The Ringer. Their GoT podcast Binge Mode is amazing analysis of every single episode. So if you need something to do while waiting for the next 18 months for new episodes, and you haven’t already, start at the beginning. Their love for GoT is pure and un-cynical and sweet in the best possible way. And they’re crusading for the fantasy elements of GoT to be taken seriously by the showrunners, instead of apologised for the way they increasingly seem to be. Also, I LOVE what they have to say about how Daenerys failed Viserion. She really did. (The Ringer)

It’s been 5 years since those Princess Kate topless photos were published by a French magazine. And finally there’s been a resolution. I almost forgot they existed. We can agree though that Kate’s reputation did not take a hit at all because of those shots through, right? Not that I’m saying those shots should have happened in the first place because of course not. All I mean is that everyone was on her side. No one thought any less of her. And if we can get to that point with everyone one day, where nudity cannot be weaponised against a woman, then the value of these kinds of pictures, will it go down? (Celeb Dirty Laundry)

I am naturally constipated. Like it just doesn’t happen for me as often as I’d like it to, as often as it happens for most of you. This is one of the reasons why I’m so obsessed with sh-t. And I’m definitely obsessed with stories about people taking sh-ts when they’re on dates. Because I just couldn’t do it. Conditions have to be perfect for me to be able to sh-t. Like the lighting has to be right, the temperature ideal, my hair has to look good – this is an exaggeration but my point is that it’s difficult for me, so I find it fascinating when people do it in high-stress situations….and then they turn into even higher stress sh-t situations, HOLY SH-T, if this was me I’d probably never sh-t again from the trauma. (Jezebel)

We interviewed Kyle MacLachlan on The Social today and he was one of the loveliest guests ever – generous, gracious, funny, not precious, so kind. Sarah’s post on the Twin Peaks revival went up earlier today. Here’s Kyle talking about revisiting Dale Cooper and what it’s like working with David Lynch and his bullhorn. (Vulture) 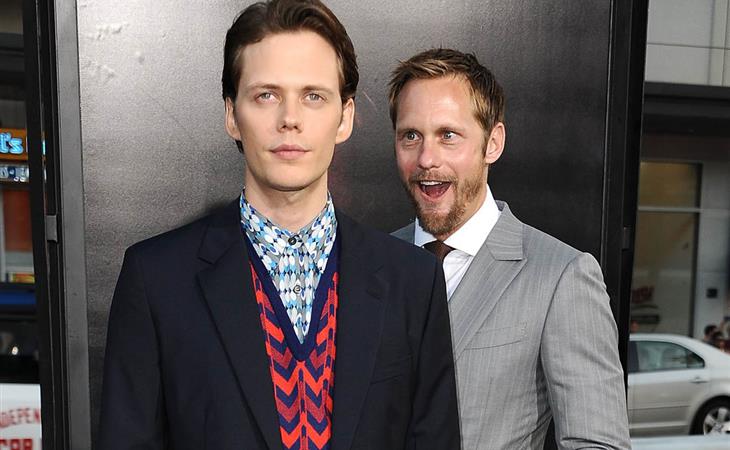