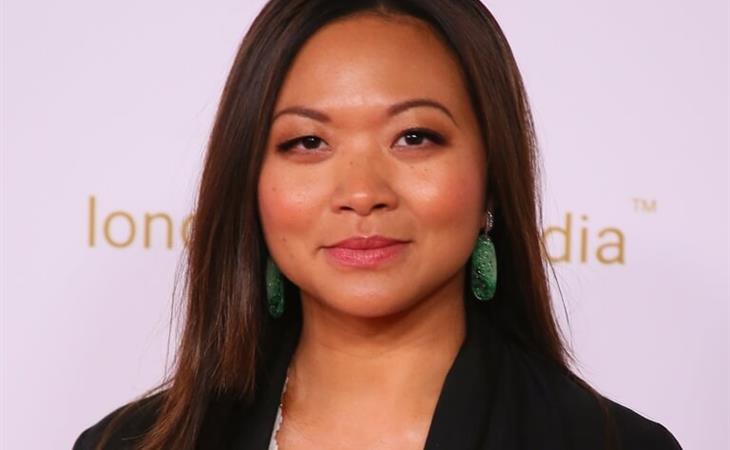 Writer Adele Lim has left the Crazy Rich Asians sequels, after being offered a fraction of co-writer Peter Chiarelli’s salary. What’s crazy is that if you dissect this story – a THR exclusive by writer Rebecca Sun - every single part of it makes theoretical sense within Hollywood business practices, yet the overall result is shockingly wrong.

Backstory: when CRA was optioned, feature writer Peter Chiarelli was tapped to write the script, and by all acccounts really honed in on the Eleanor-vs-Rachel story. When director Jon M. Chu came on board, he felt an Asian writer should revise the script for emotional and cultural authenticity – ergo, enter veteran TV writer Adele Lim.

There is nothing even remotely eyebrow-raising in this scenario. Scripts and projects are passed around all the time – for scheduling, compatibility, “hey-what-if-they-were-all-aliens?” reasons as well as creative ones. Depending on the scenario, it can sting a writer a bit, or it can be business as usual, but it wouldn’t and doesn’t raise much of an eyebrow as a common practice.

What’s a bit unusual, maybe, is that Adele Lim was a TV writer. A very experienced TV writer, with high-level credits on Private Practice, Reign, Lethal Weapon and many more, but she didn’t have a feature film credit, where Chiarelli did (and, I suspect, in addition to those on his IMDB, wrote many more well-received projects that weren’t made for one reason or another.) While there’s less of a prestige gap between TV and features than ever before, they’re still sometimes siloed businesses that don’t have as much crossover as you might expect – so Lim’s inclusion is, like, a 3.5/10 on the ‘that’s unusual’ scale.

I don’t know what Lim was paid for Crazy Rich Asians, but she wasn’t the first credited writer on the project, and didn’t have a produced feature credit so I’m sure it was seen as somewhere between ‘pretty good, considering’ and ‘worth it for the opportunity’. Which – yeah! The movie is a massive hit, opens #1 at the box office. Joyous plans are made for sequels, and deals start being made ...until:

Yeahhhh. You can parse that any way you want, and still feel like it’s really gross.

Writers, like actors and directors, get financial offers based on their ‘quote’ – the last amount they got paid for something is usually the starting place for the next thing, assuming it’s similar. So if, for example, Chiarelli got paid in the mid-6 figures for the first CRA script, it’s understood he’s going to want more for the second one. It’s also assumed that if a project does well, producers want to get all the same ‘ingredients’ back together (writers, cast, etc) so lightning can strike twice – and that if something goes well, everyone involved is, correctly, going to feel entitled to a pay bump.

But Adele Lim is offered a fraction of what Chiarelli is, despite all the press last summer talking openly about how he provided structure and plot, while she provided nuance and authenticity. You know, the authenticity that made the project so resonant with audiences. So successful that they’re in a position to make movies two and three in the first place.

Before I go further, though, let’s make no mistake. This is not about Chiarelli vs. Lim. It’s not because his offer is large that hers is small, and it has nothing to do with what he, or she, might have demanded. That’s a myth that abounds in workplaces, both Hollywood and otherwise, that is toxic, distracting, and pointless (as well as completely laughable in the sense that no non-showrunner writer ever has the opportunity to say what someone else gets paid.) He isn’t taking her money, the studio is just failing to pay her properly. Equally.

Warner Bros’ business affairs says they have a scale based on ‘experience’. Again, without comparing, you can’t look at Lim’s IMDB – including her upcoming projects, like Raya and the Last Dragon for Disney – and make any sort of argument that she’s ‘inexperienced’. Sure, she hasn’t written a ton of features, but she’s a veteran of the business with a track record. And maybe ‘inexperience’ is an argument that could have worked before CRA, but again, the movie debuted at #1 at the box office, so your algorithms are for sh-t, Business Affairs.

What’s worse is that after Lim walked away from the deal, producers tried to find another Asian writer for the job. You know, as though any old Asian would do. As though none of the success of the previous movie was specific to Lim’s voice or skill – in my opinion, that’s the most galling part. Her response to this (or Rebecca Sun’s crafting of it) is so pithy and perfect, yet so restrained, I want it to be non-negotiably hung in the offices of every producer and director in town:

“Lim.. believes that women and people of color often are regarded as "soy sauce" — hired to sprinkle culturally specific details on a screenplay, rather than credited with the substantive work of crafting the story.”

It’s so perfect. I’ve heard it, read it, been it a hundred times. A writer who ‘really put the flavour into it’, or ‘we really needed a girl voice, you know?’ or “Hey let’s get some diversity in here…”

Some diversity. Some flavour in it. A girl voice. All of these speak to wanting a better script, sure, but it’s always about adding to a story or script that’s already created, that just needs some ‘seasoning’. As though the real ‘meat’ of it is already in place, crafted by people with that all-important ‘experience’.

Which is why, when producers came back to Lim saying that Peter Chiarelli had offered to split his fee with her, she refused:

“Pete has been nothing but incredibly gracious, but what I make shouldn't be dependent on the generosity of the white-guy writer," she says. "If I couldn't get pay equity after CRA, I can't imagine what it would be like for anyone else, given that the standard for how much you're worth is having established quotes from previous movies, which women of color would never have been [hired for]. There's no realistic way to achieve true equity that way.”

Not only should she not have to be dependent on the ‘generosity of the white guy writer’ (again, Chiarelli is not the bad guy in this scenario) - but who wants to go into a project framed that way? Where someone says, “we think you, and your contribution, are worth roughly 1/7th of this other person”, and then, “Hey, after we looked around for a cheap replacement, we’ve decide to try to appease you with more money via a third party.”

Nothing in that says “we need your creative voice”. Nothing says “You are essential to this picture.” Maybe those statements were made verbally, and maybe they weren’t, but the opinions and the intent of those who sign the cheques was clear, and it speaks much louder than the actual paycheque does.

In my opinion, Lim has made a good move to leave – to value herself in the face of people trying to lowball her – but it’s a sh-tty, no-good-angle pill to have to swallow, and a lesson to all of us who want to believe that ‘diversity’ is becoming more de riguer. Even when a project specifically calls for the talents and visions of an experienced, proven writer who happens to be a woman and a person of colour, Hollywood can – and often does - find a way to minimize the contribution... until it suits them not to.

If she’s selling “I am not your Soy Sauce” t-shirts, I’m buying them all. 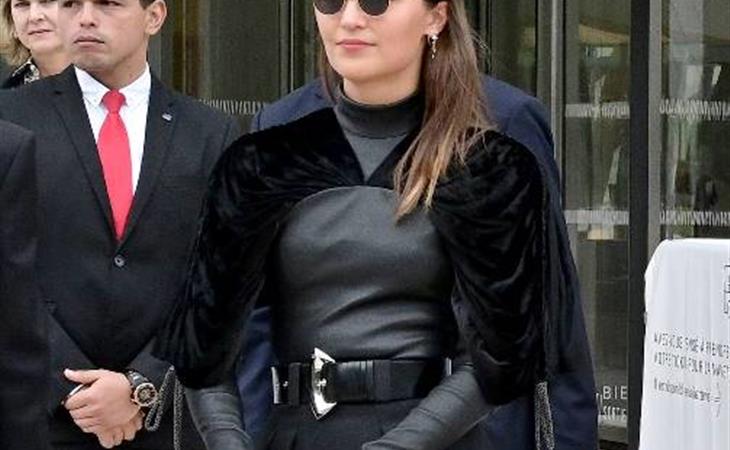