Did The Weeknd confirm Abelina?

Earlier this week, The Weeknd announced the release of his new album, dawn FM, which is available now. The album would have already been trending, given how successful The Weeknd is, one of the top artists in the business right now. But there’s even more intrigue on top of that because of the eighth track on the album, a song called “Here We Go…Again”. And these lyrics in particular:

For months there’s been speculation about whether or not they’re a thing – and it’s not like Abel doesn’t know about it either. Of course he knows. And now he’s fueling it.

So, is this a confirmation? Or is he trolling? Because he’s been known to do that too, not with this romances but this is a person who has shown up to accept an award with bandages all over his face, so what I’m saying is that he’s not unfamiliar with a stunt.

Is Abel stunting here or has he just confirmed Abelina?

I mean, obviously, for the sake of gossip, we should all be hoping it’s option #2. Especially when you consider this line in the song that comes before the “and my new girl, she a movie star”:

He doesn’t necessarily have to be referring to Angie here since the two lines that follow this seem to be aimed at his ex, Bella Hadid…

“Your girlfriend's tryna pair you with somebody more famous

But instead you ended up with someone so basic, faceless

Someone to take your pictures and frame it”

Bella is currently dating art director Marc Kalman. As for who the “boyfriend jealous” might be, obviously the gossip hope would be that this is in reference to Angie’s ex, Brad, and stepping out with Abel to send a message, only to get dickmatised in the process, lol.

In all seriousness, I don’t think the “boyfriend jealous with a couple pics” is about Angie or Brad. That’s a millennial’s social media game. The part about getting dickmatised though… LOLOLOL, he repeats it when he’s singing about making her scream like Neve Campbell so…

Whoever it is, she’s getting it good. And while we don’t know for sure, obviously, if this is really Angelina, well, I hope so.

Because this really is a great couple for gossip. First of all, as we all reacted last year, it’s random and unexpected, a combination no one would have predicted, as unpredictable in its own way as the reunion of Ben Affleck and Jennifer Lopez. Next, on fame balance, there are few people in the world who can match up to Angelina Jolie, and nobody needs a Caspar Smart situation here. Another actor? Might be too close.

But a multi-media artist like The Weeknd who has his own records to match her awards, like this one… 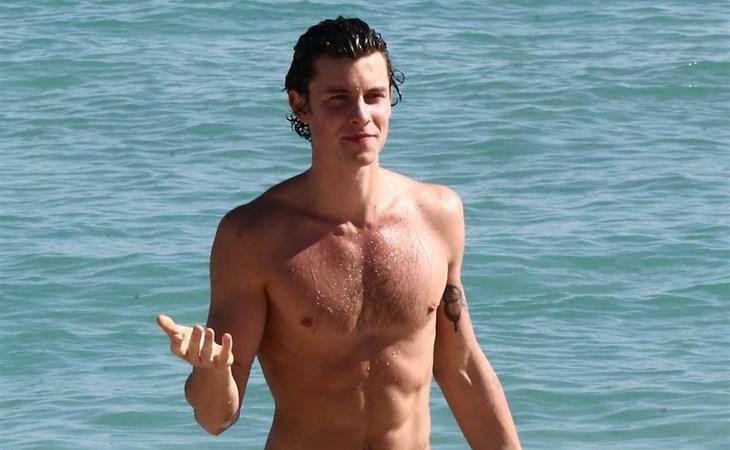