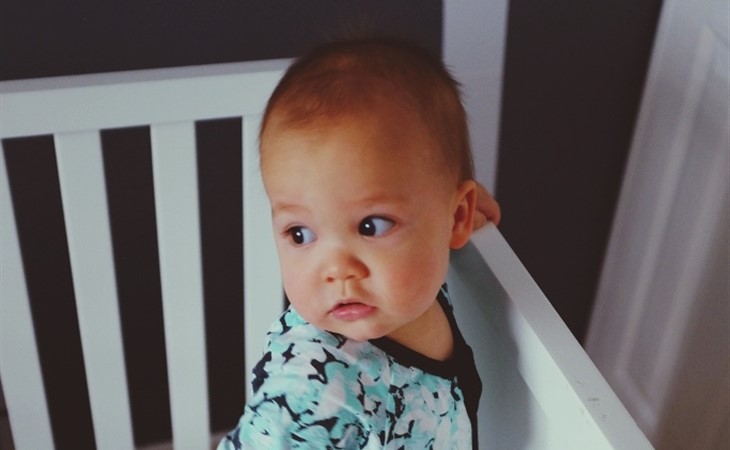 I am 5 days away from my due date with baby boy number 4 and so far it looks like this one is going to be nameless!

We intentionally chose names with the letter Y in them and want to continue this. However, my oldest son pointed out that they all have the letter Y as the third letter, which I am now obsessing over. This part was not intentional. If we were having a girl, I would have named her Elyse, which is my middle name and works with our accidental theme. But, we're having a boy.

Middle names are after our family members and it is now my mother's side's turn. She has passed away and her name was Eunice Eileen. Her parents were Michael John and Rose. I don't feel that any of these work as a middle name with our last name and for a boy.

First I did have thoughts, then I didn’t, then I did again… but I’m not sure what you’re going to think. Because I can fulfill your request for a name that has a “y” in the third spot, no problem: Raymond.

I’m not even so-there-ing it, either. I think Raymond is a great name and actually in a list of your boys’ names, kind of fits well. While it doesn’t have the Celtic-Welsh feel of Owyn or Rhys, in a group of four, it works: Jaymes, Owyn, Rhys, and Raymond. It works as Ray, too, particularly if Rhys and Ray are close in age, and wind up being a bit of a pair.

But it’s one name.

Roy, for what it’s worth, is Celtic, which is not something I knew – but it tends to sound to me more like a short form. This isn’t true, for what it’s worth; Roy is its own name, but if you thought the same way I did, I’d encourage you not to choose ‘Royce’ because, of course, you already have the better version, in Rhys.

I suspect that names like Ray or Roy are not quite what you wanted, though. That is, even though they obey the letter of the law (sorry) by having the “y” as the third letter, I think what you actually like is that the y is in the middle.

You can get there authentically, via Hayden, or the more charming-to-me Hayward – as well as with Taylor or Baylor or Bay but I worry that none is quite your style, so if that’s true, we move forward, with a caveat:

I implore you not to change any names with another vowel to ‘Y’ to accomplish this – even if there is dubiously-recorded online authenticity to it, you know I don’t think you’re doing your kid any favours by naming him Dryw or Tryvyr. I also admit I thought for a minute there might be a T-H-Y variant of Thibault – to my knowledge, there is not, but there is Thyago, a known variant of Thiago. I don’t think it’s right for you, but it may be right for some…

I combed a lot of authentically Welsh names, but didn’t think you’d go from Jaymes and Owyn to Bryn, no matter how authentic it is. For my money, something like Dryden is probably closest if ‘Ray’ feels too cool – but I actually think you should amend your policy and go for something close but not exact, like Cyrus or Tybalt, if the modernity of, say, Dayton doesn’t work.

As for middle names – Earl, Danny, and William sound like a rollicking band, and I would be inclined to have them joined by Johnny or Mickey (a nickname for Michael), fully acknowledging that “Ray Mickey Mc-----”sounds like the beginning of a drinking song. Maybe in that case go with ‘Raymond’. But the other name that jumped out at me – and I’ll admit this is a bit of a stretch – was that looking at Eunice, which I love, I immediately thought of Maurice. Caveat – Irish people pronounce ‘Maurice’ like ‘Morris’, which I think is kind of great, and a little bit melds together Michael and Eunice. Raymond Maurice is a GORGEOUS name.

Having said that, if you think I’m nuts, Eugene could be a nice hat tip to Eunice, too – and works well with Earl, Danny, and William, whose steel guitar combo I hope I am invited to hear sometime.