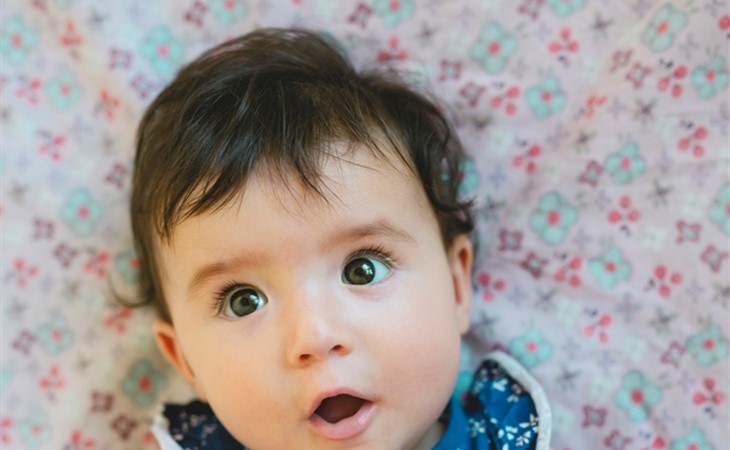 Our second child is due TODAY [N.B. Actually, the letter writer sent this yesterday!] and is still nameless! Our problems are these:

1) We absolutely knocked it out of the park when naming our daughter, Astrid, and we haven't come close to feeling the same about any of our current candidates.

We got Astrid from one of your columns and, even though we did our due diligence and considered other options before she was born, it was always the clear winner. It has everything we want from a name: uncommon without being unheard-of, strong, not professionally limiting, and with a straightforward pronunciation (see last-name issues below). When we tell people her name, we even get the little pause of appreciation that you have previously described.

2) We have an awkward last name, which limits first name options. It's foreign, hyphenated, and semi-rhyming, with obscure pronunciation: short French-French when written, but non-intuitive Anglo-French hybrid when spoken. Lots of 'oo' and 'y' sounds, starts with D. This rules out 'oo' names (Rufus) and single-syllable names ending in D (when spoken, Claude becomes 'Claw D--', Maude becomes 'More D--', etc.). It also eliminates any first names that aren't pronounced as they are spelled (e.g. some of the beautiful Gaelic names, or anything with alternative pronunciations), as the surname is enough of a verbal hurdle.

3) We don't know if the baby's a boy or a girl, which doubles our workload! And boys' names seem harder to find common ground on: I prefer Euro-sounding, fresh-but-not-trendy (Laszlo!); he likes clunky grandpa names (Winston?! No. Winston is a dog's name).

Admittedly, my husband has put in less effort this time - I think he has been luxuriating a little too much in what he thinks is his natural naming genius (the downside of concealing your good work). His main contribution thus far is coming up with creative, rhyming insults that rule out what I thought were interesting suggestions.

Our shortlist for girls: Hester, Zelda, Daphne, Delphine. Of these, we like Hester the best (despite my husband's initial "Hester Fester!"; luckily, he hasn't read A Prayer for Owen Meany), but does it work outside the UK? Is it, perhaps, UGLY?! We both like Zelda, but are concerned it's too flamboyant-artist-pigeonhole-y. Daphne is a solid choice (and was our back-up option for Astrid - is that why we're hesitating?).

Our shortlist for boys (of which we are less convinced): Remy, Hugo, Otto, Magnus, Erik. Remy is probably the front-runner, but should it have an accent? And does it sound too lightweight, too much like a nickname? Hugo is probably too popular; Magnus too pretentious.

Middle name will be honorific, Margaret or Mortimer or John. Some final considerations: we live in the UK, but are not going to be here forever; our friends' children are mostly British/Australian/South African, so we want to avoid trends in these countries. And of course, we want something that fits with Astrid, while being stand-alone interesting in its own right - I don't want this kid feeling like it's an afterthought. We are not into unisex names or 'creative' spellings. Please help!

Okay, I have to appreciate the level of calm you have going for what is almost certainly an imminent arrival, although I guess it could be said that you channelled your anxiety into the, uh, number of words you gave us to help understand your dilemma. The original email, though, had a subject line that indicated what you most wanted to know if I could only answer one part of your email – we’ll get to what that is in just a bit.

I have to also applaud you for not clocking your partner, because while he also seems relaxed, and to have good taste in names as evidenced by the glorious Astrid… EVERYTHING RHYMES WITH SOMETHING.

When I was a kid and probably really over-earnest, kids figured out that my name rhymed with… only one thing. “Duana Banana!” Me: “I like bananas!” Them: “…”
No, they didn’t continue with that angle for teasing. They definitely took me to task for saying, “I averted my eyes!” during a game of hide-and-seek. I was five.

My point, other than that I was an odd little kid, is that we need to let go of the idea that kids will be “made fun of for their names”, and that a name that doesn’t rhyme with anything in particular will mean a kid is home-free. They may or may not get a lot of mileage out of “Keats likes beets, nyah nyah!”, but a name alone is not going to bring that particular brand of kid malevolence on them, I promise.

Plus, there are lots of things that the names you like rhyme with, which I will not tell you about, because they are NOT THE POINT. One guy I grew up with had a name that I still consider quite stylish. Everyone in school called him ‘Deputy’. They’ll find a way.

So let’s look at your choices.

I want to start with the idea that Zelda is Artist-pigeonhole-y and say that I never saw the name this way; in fact, I thought it was a lot closer to a bookish museum-lover (this may have been transference due to Zilpha Keatley Snyder) until I learned about Zelda Fitzgerald. Furthermore, I think that description is one that a lot of people would use to categorize Astrid - it can seem space-oriented and worldly and international, much the same way you’re characterizing Astrid. So I wouldn’t discount it yet. And no, to answer your most burning question, Hester isn’t ugly. Why are people so anti H-names that aren’t Hannah and Hayley? Harriet, Henrietta, Hester, Hermione, Helena – what is it about H-names that makes people wrinkle their noses so much?

Furthermore, Hester sounds just like Esther, though I admit that Esther looks a bit more architectural. There’s no reason not to if you love it, so do you? You say you love it the best, and I like it a lot, though perhaps I would go with Zelda first, if not Daphne (my love for which is well documented on this site). Further, if Hugo seems popular to you, then I would think Delphine might also; it’s the name that’s being picked up in pop culture the most, if not by actual namers… which means it’s a matter of time before it IS a baby name. Don’t underestimate the powers of a name being mentioned on TV.

Still, these are three great options, so don’t complicate your life with more. Any of the three works well with the middles you have. Don’t overthink your girls’ name any more than loving it and going with it.

As for boys’ names – here I think you’re making your life too difficult, a little bit. Hugo is too popular but Magnus is too pretentious? That’s a very, very narrow line you’re walking! I mean, I’m not sure what’s pretentious about Magnus beyond the fact that it sounds like magnate, maybe, but Angus certainly wouldn’t give you that reaction, nor would August or Augustus, right?

Similarly, I love Otto very very much and wish there were people who actually used it – to me it falls into the same category as Astrid, in terms of really wonderful names that probably should have had bigger moments of impact before now, but that means they are stylish outlier choices… and yet I can understand that Hugo is the more ‘palatable’ and so probably more popular option, but I still wouldn’t say it’s fully popular – just something that’s happening (why do we like ‘H’ for boys and not for girls? Huh?).

Also, I love both Lazslo AND Winston, so where do we go from here?

I will admit that I struggle with Remy a bit for the same reason you do: it seems like a nickname, like a Toby or Joey – and yet I don’t like ‘Remington’ or anything that would purport to make it longer. Furthermore, I think the reason you should eliminate Remy is that it’s most definitely a unisex name. I know as many girl Remys as boys (although, full disclosure, that’s two each). If you’re gonna love the name as much as Astrid, it should fulfill all your requirements… so here I do have suggestions: you might want to look into Orson, or Desmond, or Roman (though I’m very curious about how this one plays internationally), or even a ‘classic’ but spectacular name like Dashiell. Just because you’ve heard of it, doesn’t make it ineligible! I promise!

Okay. Forbid your other half to rhyme for at least three months, give Astrid a smooch, and go have that baby! We are all here on tenterhooks waiting to find out what you choose! 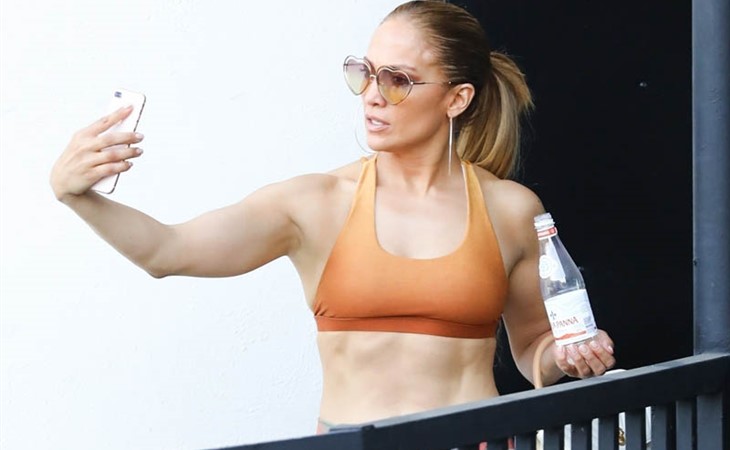 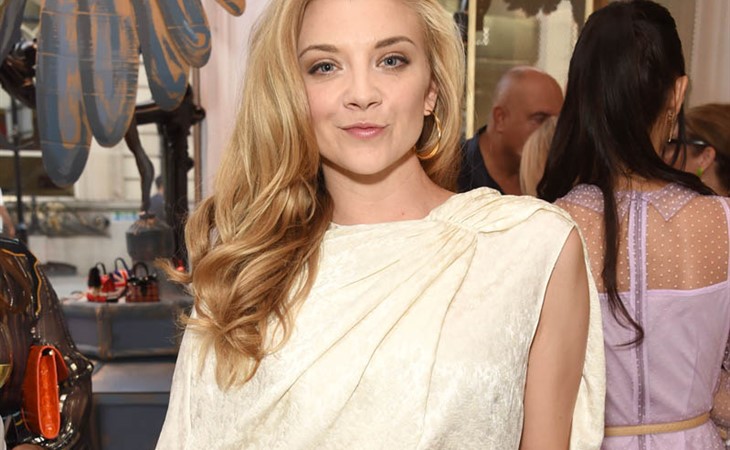