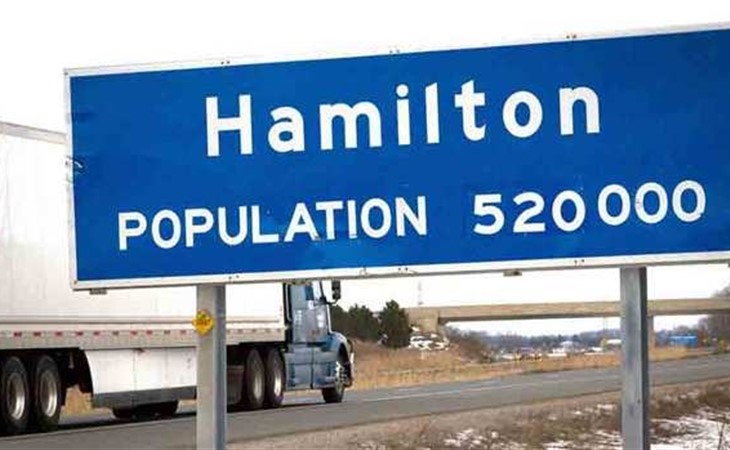 I'm writing on behalf of my sister, with her permission, about her baby boy due in a week or so.

Her main question is about the name "Hamilton". Her husband is an economist, and a fan of Alexander Hamilton, and they both love the musical. The trick is, we're Canadian, and they don't particularly care for the city of Hamilton. They don't live there, but they do live in Ontario. She's wondering if most of the people little Ham meets on a daily basis will assume he's named after the town. Or worse, that he was conceived there.

Happy Thanksgiving, and thanks for your time!

You know, I reacted two ways to this question. On the one hand, you know you’re softening me up by mentioning Hamilton, and I have affection for anyone who loves Hamilton – either the show or the individual, obviously.

Further, I do understand that there are people who don’t love the place-names-as-names trend. I don’t subscribe to it myself. I’m never going to recommend that you name your child Montana or, like, Baton Rouge. It’s not for me, although in thinking about this question, I did reflect that some place-name names, like Brooklyn or London or, sure, Sydney, have completely ascended to become name-names. In fact, it’s not like this is a trend that has just popped up – for every familiar, been-around-forever name you can think of, there’s a town or city or whatever that bears its name. Jamestown. Albertville. You get the idea.  And of course, at the risk of being condescending, chances are really, really good that those place names came from people’s names.

Then there’s the other hand, where I sort of have to raise my eyebrows a bit.

For the uninitiated, Hamilton, Ontario is a port city and steel-industry town about an hour from Toronto, with a population of over 500,000 people. When you drive to or by it, coming from Toronto, you can see smokestacks and factories, and partly for this reason, it’s always been the kind of place which can be the butt of jokes in the Greater Toronto Area.

It’s also got a hugely rich history, a ton of arts & culture, and is one of the hottest new places to film movies and TV shows in Ontario. It’s also one of the hottest real estate destinations in the area, and people who are priced out of buying tiny houses in Toronto are laughing all the way to the bank as they buy gorgeous Victorians in Hamilton… which was recently profiled as a destination in The New York Times.

Which is to say a few things. First, I’m detecting a tiny bit of snobbiness in the question, which I’m not criticizing on its own – I have called myself a Name Snob since I can remember (Lainey’s the one who coined ‘Name Nerd’. I should really have a word). But there are a few reasons why it’s misplaced.

First of all, in relation to all the developing aspects I described above, the image that people have of Hamilton is mostly wrong and relatively changing. People who are feeling a bit snobby about the place are definitely going to come off as being a bit behind… like they’re not that with it.

Secondly, it’s not the only Hamilton in the world. There are Hamiltons in Bermuda and Jamaica and South Korea and apparently, like, 125 other cities and towns. (Direct quote from that link: “You do realize it’s the most common city name in the English-speaking world?”)

So being worried that a kid is going to be compared to the one nearest where he lives is a little short-sighted – assumedly he’s going to travel and experience places and his name is not going to signal any association with Hamilton, Ontario—not  that that’s a bad thing, it’s going to signal exactly what it signals: that he has parents who admired either the show or the man or one of the many cities that bears his name.

But most importantly, I want to remind you to tell your sister and her husband that there are just as many people who are going to hate the name ‘Justin’. Or think that if they choose the name ‘Henry’ that they have delusions of royal grandeur. Or that if they go with ‘Parker’ they expect their child to be a parking attendant his whole life, or… you get the point.

I would be lying if I said we didn’t choose our children’s names based on what we want them to project about ourselves. I was quoted saying exactly that in The New Yorker this summer. But there’s a difference between choosing a name that expresses who you are, and being afraid to choose that name because of what other people will think. There’s no time like standing on the precipice of being a parent to decide you’re going to free yourself from the shackles of giving a sh-t about what other people think.

The other names are wonderful too. If they can choose those names and not have misgivings about leaving ‘Hamilton’ on the table, then great. But I would hate to think of people choosing not to go with something they love because of an outdated impression of a town most people on earth have never heard of.

…And no, it’s not my hometown, nor do I have any investments or particular associations there. I just think ‘this is the right name’ trumps all other concerns, especially if those concerns aren’t quite as founded in reality as you might think. 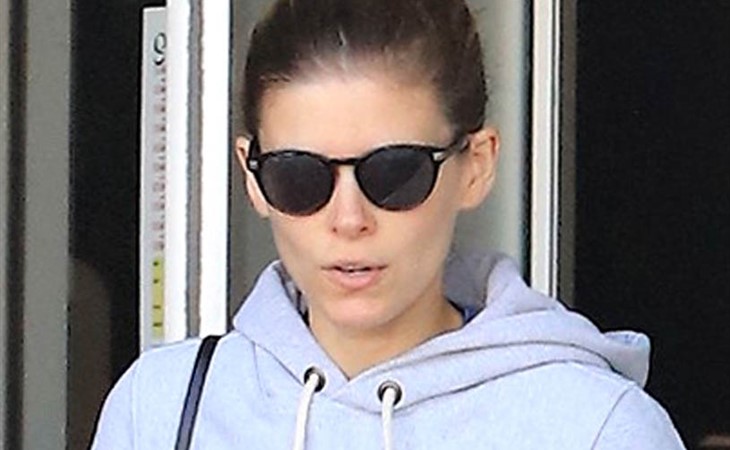 Smutty Fitness: Getting through the day