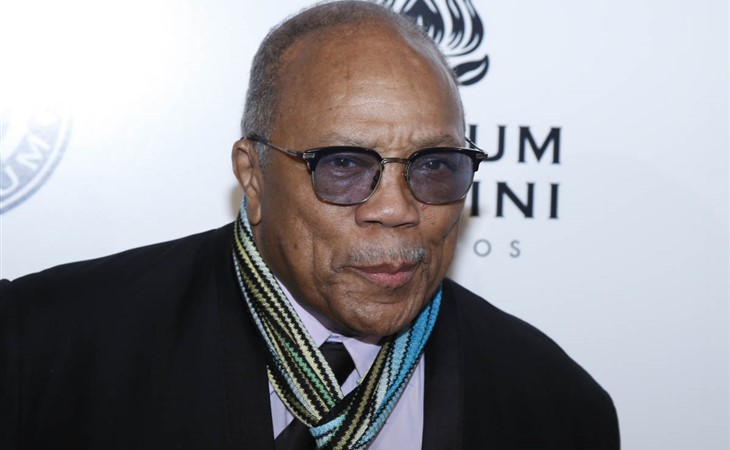 Hoping for you to drop some name bombs on me.

My husband and I are expecting a boy (first child) in March. We have a handful of names that we sort of agree on but are having trouble coming to an agreement, mainly because of our long-ass last name.

Our last name is where you'll usually find the US president. The first born boys in my husband's family also include the name Wellesley directly before the surname. He says it doesn't matter if we leave Wellesley out, but I don't want him to regret it later on. However, with Wellesley and our last name, we're already at 19 frigging letters.

19 (frigging) letters already decided is why I favour a shorter first name. We both like Heathcliff but I prefer the shortened Heath (husband is not sold). My husband likes Quincy (so do I) but I worry that it sounds too nerdy (all respect to Quincy MF Jones, who is definitely much cooler than we will ever be). We recently also like Jude (my concern here is that I really hate the f*cking Beatles). We both like Henry (Hank for short) but I think it's too common and it also rhymes with wank which is not ideal (especially since we're Australian and so it's a pretty common slur). A short name also fits well into our family: I'm in company with Watts and Campbell and he's with Grant and Jackman.

Middle names that we are considering include: Fox, Ulysses, Leonidus, Rhodes, Xavier (emphasis on the X) and my personal favourite, Olivier (we both have a wacky middle name or two (actually 3 in my husband's case) so this also fits with our family theme.

My husband's favourite is Quincy Rhodes Wellesley. I don't hate it - I just feel like it's really pretentious. My favourite is Heath Olivier Wellesley. I like it because I think it's more contemporary with such a stuffy sounding surname.

Got any other short name / wacky middle name suggestions along a similar vein?

I mean, first of all, let’s just remember that most of the time, your kid is going to require a first and last name, period. That’s not to say there’s anything wrong with thinking about or considering a middle name or two. In fact, two middles is something I was vaguely positive on in years past, but I’ve now shifted to being actively in favour of it. Because let’s face it, if you’re reading this column, it’s likely you’re never going to have all the chances you want to use all the names you want. I even think we might want to start giving pets middle names, especially if your vet asks ‘and what’s Zadie’s last name’ like mine does, meaning my last name… I mean, who’s to stop us? I’d also love to bring the idea of choosing a name for yourself at the commencement of adulthood (as Catholics have done at their confirmations) into the mainstream to use up some of this name love; if you love a name why not apply it to yourself?

But in terms of your concerns about long and short, I think they’re mostly going to be non-issues. Name forms these days have mostly done away with the number count as they’re computerized, and because surnames and hyphens and everything else are de-standardizing the ‘no more than 25 letters total’ presets, any issues you or your partner may have had with your long (and may I say spectacular) names are no longer a concern.

That said, I think you could easily go with Heathcliff and call him either Heath or Cliff but feel no trouble if he’s Heathcliff all the time, and I would say the same thing if you were considering Montgomery or Balthazar. Shorten if you want, I know people love to do so, but don’t feel a long name is going to be an albatross, because more and more kids use their full names these days with no ill effects.

I would go ahead and eliminate Henry, though, because not only is it quite popular, it’s also kind of out of step with your other choices. I get that it doesn’t necessarily matter because you’re putting the ‘offbeat’ names more towards the middle, but Henry seems to be a relic of a different era.

As for Jude, what can I say? It’s a great name if you love it, but not one you should choose if you think you’re going to cringe when people make associations you don’t like. I would say, too, that Jude is one of the exceptions to the rules I usually have about associations. That is, usually I think people who say “But they’ll call Felix ‘Felix the Cat!’” are a bit old and out of touch, because no parents and no kids even know that reference, and the same is true for Damian being associated with The Omen or Rodney reminding people of Dangerfield or etc.

But knowing The Beatles is still considered the first step of Knowing Your Music Cred in a lot of circles, and a lot of people associate a name like Jude (and Penny, as in Lane) as a hat tip to the Beatles, so if that’s going to make you cringe, or you prefer Quincy Jones’ name for them, you should stay away from it.

Which brings us to Quincy or Heath or some other name – where I have to say, the difference in ‘contemporary’ to balance a ‘stuffy’ last name is more obvious to you than it is to me or anyone else. I think you’re in a place where you have associations with particular  names or sounds that you don’t want to play into – which is totally valid but I’m just here to tell you they aren’t shared by everyone else.

I don’t know what your associations with Quincy may be, but I think any Q name is automatically associated with some sort of cool cred for being rare, along the same lines as X and Z and O names, all of which are growing in popularity. Quentin, Quinn, Xavier (as per your list), Xiomara, Zara, Zayn, Otto, Octavia… you get the idea. I can’t see a world where Quincy is nerdy or dorky as opposed to seeming cool and fresh.

Along similar lines, I don’t feel that Heath is markedly cooler than Heathcliff – but I do think the name may be indiscriminately shortened here and there whether you get a say in it or not, so it makes sense to be comfortable with both the long and short forms, and since it sounds like your husband may not be, I’d put a question mark on this one.

I also wonder if you want to play around with the placement of certain names, because the name on your list that arrested me was Fox, which I’m not sure I would ordinarily think of. Fox Olivier Wellesley is a great way to go, and also keeps the name moving by having different syllables in each name.

In fact, all of your middle names are great (and given that you have a space already filled, you don’t necessarily need more options from me), but I would definitely consider something short, like Fox or Rhodes or Clyde or Eames in the middle, if you’re going for more than one syllable up front, in order to kind of facilitate the ride from the first name over to Wellesley and beyond.

As for pretentious… according to who? You seem to have a lot of these names in your arsenal, but your tastes run where they run, and I don’t think you’d feel any differently about the names you wanted to choose if your surname was Jones. Put another way, you can always use a shortened form of Heathcliff or Quincy if you want to (shout out to The Babysitters Club fans who remember Jessi’s baby brother was called Quint. Quint!) but you can’t make a short name longer, so I’d go ahead and layer on the names and middle names… if you take me at my word that a higher letter count isn’t going to be a problem for anyone but you, if you’ll feel too awkward writing or announcing his name.

But these are the kinds of slightly circular arguments we have when you’re faced with several very good choices and no real problems with them; in a way I’m poking holes to see if you lean one way or another. On balance I think I come down a little closer to favouring Quincy Rhodes, but based on the available evidence, I don’t think it’s humanly possible for you to make a bad choice.