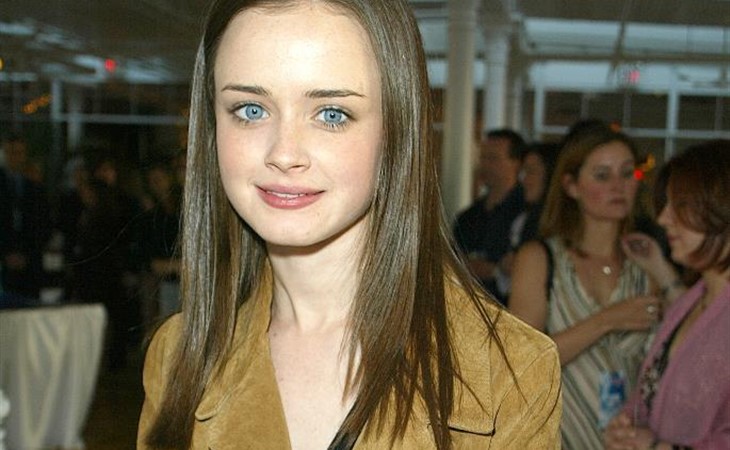 Duana Names: She Drives Me Crazy

The discussion of naming - and specifically, car-naming, on Show Your Work this week directly inspired this email. See, I've had my "new" car for two years now, and keep trying to name her, but nothing has stuck. My "old" car - a 2003 green Subaru Legacy with cloth seats, a semi-functional air conditioner, and about 12 pounds of junk from college that got hauled around in the trunk until literally the day I traded it in - was named Molly from the second day I had her.

The "new car" is a 2013 dark grey Mini Cooper S. She's got a grey stripe and a blue stripe, leather seats, and is...also full of junk, barring the week after I clean her out (which happens about once every 6 weeks or when I need to fit my bike in the back.) She's reliable and fast and makes me feel in control on some roads full of idiot dangerous drivers. (Dallas! The home of the 4-lane, 70 MPH exit merge!) I keep expecting that, like a cat, she'll reveal her name to me, but no dice so far.

I have to admit that naming cars has always been a bit of a mystery to me – perhaps because I’ve never had a really intimate relationship with a car, and maybe that fact is part of my ongoing musing about belonging neither to Generation X or Millennials. I’ll skip over the boring details of why, as a suburban kid in the 90s, a drivers license and a car didn’t spell freedom for me (but if you’re really curious/want to read hints that only Ontarians will understand, they involve Graduated Licensing, a late birthday, the inexplicable persistent plague of OAC), but I always felt a bit weird about not having a connection with a vehicle that’s not just a transportation solution, but a buddy or something. You against the world. Did I watch Reality Bites too many times?

And then this morning I drove by a Kelly-green car that was obviously a European import (turned out to be a Mercedes of some sort) and the license plate was – well I don’t want to out them, but it clearly referenced the colour and shape of the car, and I felt a little pang that I don’t have that relationship with my vehicles, and I admire those who do. The closest I came was years ago, when I drove a car that had previously belonged to my sister, who bought that particular one because its colour was listed as “Alien Green” and she was a big X-Files fan. But even then…

So, even though you rightly point out that I asked on Show Your Work for people to send me cars they wanted named, I thought I’d better do a little recon. I got in touch with my friend Jo, who was my roommate years ago when we were young, and who was the only one of us at that time to have a full-time car, especially notable because we lived in the city.

Her Burgundy Sunfire was called Scout, and Jo explained it was because she felt like she needed, in her words, a badass female partner to take on all the things that can go wrong on the road – “shitty drivers, bad weather, long commutes, you need to rely on you and your vehicle to get you through” – and naming them helps her feel like it’s a partnership, which I really love. “It’s also a good reminder to take care of your car/maintain her well so that she takes care of you.”

That reminds me a lot of what you said above, and also, like Jo (who, in addition to Scout, has also driven Bluebell, Betty, and Tina), you see your car as a woman, so let’s take it from there.

She’s grey, and has racing stripes, so she’s fast and capable and in control – but she’s also got a bit of pizzazz; from what I know about Mini Coopers that blue stripe isn’t gonna be super obvious, so that and her blue interior are kind of a surprise. I started thinking about names that are more than they seem… while also thinking that you really want a person name, as opposed to ‘Silver Dagger’ or something like that.

My first instinct, a name I love when it comes up but that for understandable reasons doesn’t always pop up on people, was Greer. Yes, it’s a bit obvious, ‘grey = Greer’, but it doesn’t mean it doesn’t fit. Then I started thinking about other names that are similarly showbiz-y but not super common: Cybill came to mind, and I can’t tell exactly why, but I know for sure that my suggestion is that spelling, as in Shepherd, and not the more ‘regular’ spelling Sybil.

From there, I thought about Sagan – I was lucky enough to have an incredible conversation with the late actress Sagan Lewis, who told me she chose that name because of an affection for Carl Sagan. Maybe the grey speaks to something about the murky mysteries of the cosmos? Or maybe that inspires you to go with something like Cosima? Or if that appeals, maybe you want to go with something a bit esoteric like Star – or, if you’re as excited as I am about the renewed interest in Emily of New Moon due to Russian Doll, or if you really loved The Hate U Give, maybe you want to go with Starr.

Another really constant association with Grey, of course, is Grey Gardens, so you might feel like Edie – with or without a ‘Big’ or ‘Little’ attached, would suit – or if that sets your mind wandering to the places you were introduced to in Grey Gardens, maybe your car is Jackie, or hell, Rory. Your car doesn’t sound like a Lorelai, but it could definitely be a Rory. Sidebar – doesn’t Lorelai Gilmore seem like the type who would name a car? But she always just referred to ‘the Jeep’ or ‘my Jeep’. Then again, that might be exclusive to Jeep owners – a lot more people refer to Jeeps by their brand names than, say, ‘my Hyundai’.

I’m also compelled by you saying the car might reveal her name to you ‘like a cat’, and so maybe there’s something in naming your car like a cat – Whiskers or Blue – as in the all-grey Russian Blue cats, of course; or you could go with the number one cat name in Quebec, ‘Minou’.  It means kitty, of course, but also has regular slang usage for, you know, pussy – but given that there aren’t necessarily a lot of Francophones in Dallas, that hidden saucy meaning might really appeal to me, though your mileage (ha!) may vary.

I’m very curious about what you’re going to choose, and maybe even musing on whether our bright-blue car could take on a name 5 years after the fact… I’ll keep everyone posted, and you should too. Let us know! 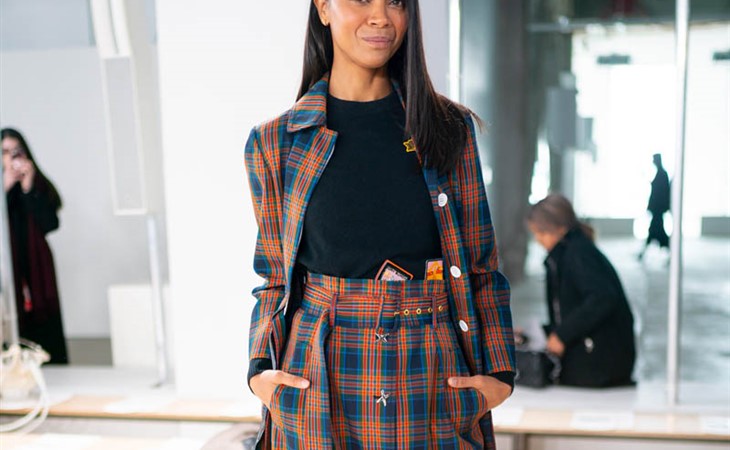 Zoe Saldana's Outfit of the Week