Hi Duana - I’m in a bit of a name situation with my baby girl (third girl in a family of four) who is fast approaching her name registration deadline - 1 week to go.

We have leant towards Astrid Flora as her name, but I have doubts now that it is too much like her oldest sister’s name, Saskia.

I just read your column about the family who have picked Astrid for one twin and your advice to find a name that doesn’t compete with it. I feel like Astrid and Saskia might compete? And when you get to nicknames (we call our Saskia “Sass” and “Sassy”) the names do feel very close (Asty and Sassy?? Ax and Sass?) We pronounce Saskia with a short “a” like Sass, not Sarskia. Our surname is Dutch, three syllables and starts with a k. Our other daughter is  Imogen.

Our other big contenders on the name front are Maeve Winifred, Estella Winifred or Freya Winifred. We thought about Anouk but you’ve got the two k sounds knocking into each other at the end of the first name and start of the last. The middle names Winifred and Flora are for my grandma who died a year ago. All the kids have a family name as a middle.

We are Australian but my husband had a Dutch father.

Should I let Astrid go and move to another contender? Is Maeve too short? Is Estella too frilly? Will it be misheard as Stella? Is Freya too popular (60 something on our top 100 names list in Australia last year)? And Australians can be quite lazy with pronunciation so sometimes Freya (Fray-uh) sounds like Fire. Is Frey ok as a nickname? One of my issues with Maeve was that my nickname in high school was Mav (yep, Top Gun reference). While my family and husband have never used it, I have a few friends who still do. But I feel like I could get over that. I’ve surveyed some school friends to see if they think it would be a bit weird or lame and they said no. With Freya, it was the name we nearly picked for Imogen and I didn’t really didn’t consider it much during the pregnancy because I felt it had baggage from another drawn out name debate! I also feel like I spent a couple of years convincing myself that it wasn’t the right choice and we made the right call going for Imogen (I think we did!). But considering our current analysis paralysis I’m open to everything. Naming the last and a surprise) baby is hard!

With the amount of time we’ve spent together in this column I can’t believe I haven’t wondered about this before: If you’re up against a name-filing deadline (and believe me, I’ve heard people in a PANIC about this) and you miss it… what happens? Is the child filed as “Baby Girl” or “Baby Boy” and you have to go and fight through red tape to name them? Or do they have a list of generic names that are applied if you don’t furnish a name by the due date? Is this the source of the Karens and the Ashleys?

Okay, I kid, Karen and Ashley – and in any case, this isn’t going to happen here – you’ve got a lot of great choices and you can confidently set out for the office any minute now (again, I see this as a racing-to-the-office scenario like running through the airport in a 90’s romcom, please don’t disabuse me of this notion!).

So, first things first, I said the names Astrid and Saskia over and over again, and – I can’t find a way they compete, to be honest. I hear you that they both have that hard ‘as’ sound, but I’d be more worried about a name like Dahlia or Nadia feeling repetitive. Not that you’d choose them, of course, but the different endings really set them apart.

That said, and/or additionally – I could be wrong, and this is something that will differ based on where you are, but I can’t imagine that ‘Asty’ is going to remain as a viable nickname. Because that ‘T’ is too easy to miss, and because the rhyming with your older daughter might be more of an issue than you realize. I’d suggest going the other way, and nicknaming her Tridy or Trixie or something if you need one, or some other nickname that comes up for kids in families that has nothing to do with their actual name…

The question then becomes whether that caution about a nickname makes you reconsider. If it does, we can look at your other choices. Off the top, I’m most hesitant about Maeve – not that it’s not gorgeous, but I think all your other children’s names have more syllables and more vowel sounds, and while Maeve could sound like the ‘period at the end of a sentence’ that we’ve discussed before, I humbly think a youngest child might want as unusual and as decorative a name as her older siblings.

Which brings us to Freya and Estella. I group them together because both seem to be in line with your style (which, if I haven’t mentioned earlier, I really like!) Is Freya ‘popular’? I’d say only in the sense that it’s in consideration for people in a way that it maybe wasn’t a decade or so ago, but it’s got that same vibe of your other two daughters, strong and distinctive and also theoretically viable as the main character in a fantasy novel, all of which are points in its favour. Estella also hits these same characteristics, but while I don’t think it’s ‘too frilly’ at all, I do think people may initially hear ‘Stella’ and need to be corrected. Not that it’s a big deal in the long run, as people get to know her and her name. That said, she may want to go by Stella some day… you could go with the sleeker ‘Estelle’, and still have Stella as a nickname, if you wanted to.

In short, you have a number of great choices, and I’d give a second look to Freya since it was one you originally considered for Imogen. While we’re up, though, there’s one other name I think you could give a second look, and that’s Winifred.

I wouldn’t have necessarily suggested it based on the names you listed if you didn’t have it in your family-name arsenal, but upon thinking about it… it has a strong consonant ending, like Astrid (and Imogen), it’s got a whimsical quality but it’s also very grounded, and yet it sounds distinctive from the other names. I know you’ll tell me that as a family name, it’s supposed to go in the middle name spot like your other kids, but it’s such a strong choice, and gives so many nicknames for an aficionado like yourself, I really think you could give it a second look… Winifred Freya? Pretty beautiful, in my opinion.

You’re in good shape though! The names I discounted are based on helping you choose, not because there’s anything wrong with them, and with the ticking clock in mind… can’t wait to find out what you choose! Let us know! 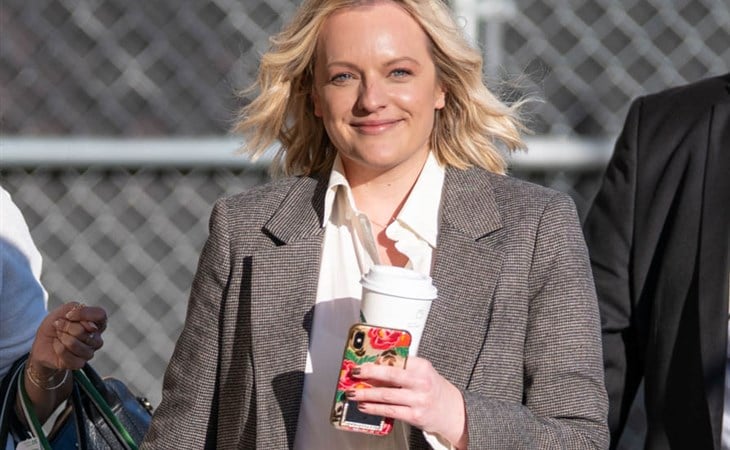