I have eagerly devoured every one of your columns for years now, despite steadfastly professing (to anyone who dared ask) that I would never have children! But after stubbornly holding out for over a decade, fate stepped in and dealt us a sweet hand; two big fat X chromosomes. Once I overcame the initial shock (I may have momentarily passed out and hit my head on a toilet roll holder when I saw that second pink line materialise), I found myself surprisingly overjoyed with this tale-as-old-as-time turn of events.

And now I am in dire need of your wisdom, for a reason far more urgent than my usual one of satisfying morbid curiosity: I’m due in 2 days! And without your intervention, I fear our little one may end up like poor nameless Chandler in The One With Rachel’s New Dress: “I have no name!”

My husband and I do have a shortlist of names that we both like – the trouble is, the ones that light my fire only elicit a lukewarm response with him, and vice versa! This dilemma has caused me to become obsessed with names – correction, words – to the point where I find myself considering any clump of letters on a page/screen! (Is it just me or did “Versa” start looking really good up there?)

In an effort to converge on a name, I took our shortlist, applied the relevant criteria (weighted accordingly) and arrived at a score for each name, forcing my poor husband to do the same. (We are both engineers, if that at all explains away the crazy.) Just quickly, our criteria is: 1. a longer name - ideally, 3 or more syllables, 2. A name that can be shortened to a nickname we love just as much, 3. Aa name with a half-decent etymology, and  4 .The name can’t be too popular - ideally, not within the top 100.

Without further ado, here is The List (which started out with 22 entries!): If I am completely honest with myself (and it’s reflected in my scores), my number one is Trinity followed by Marigold. Both have wonderful meanings, and have great personal significance to us. However, I like the name Trinity more than Marigold – it’s a little “harder” and has a bit more of an edge, yet is still feminine. Our little one is also a fierce kicker, and I often imagine her in my tummy doing Trinity-esque slow-mo camera-panning jump-kicks like from the opening scene of The Matrix.

I do think I like the nickname Gigi more than Trixie by a hair’s breadth, but only because I worry Trixie is too… much. I do like the whimsical and slightly cheeky connotations of Trixie, but feel I’m overlooking something there.

My husband’s top two are Everleigh and Rosemary. I actually quite liked Everleigh initially but shied away from it due to its popularity (damn you Channing!) and the ridiculous meaning. Also, is the sweet “Evie” "saccharine sweet" or "adorable-but-can-transcend-childhood sweet"? What about Rosie?

At the risk of sounding melodramatic, I feel like a large chunk of the future personality of our daughter is tied up in the syllables we choose! Is our daughter a sweet little Evie, a cheeky little Trixie, an adorable little Rosie or a charming little Gigi? Or do you have some magical panacea from your arsenal that will tick all our boxes that has completely eluded us so far?

You… you… you beautiful maniacs.

Is now the time to tell you that I’ve never seen The Matrix? I’m gonna see that as a net positive, because I’m not coming in with any biases beyond knowing it’s one of those things I just really missed the boat on, and also noting that ‘Keanu’ is nowhere on your list; I get that of all the ‘single-named celebrities’ he’s probably right up there with Oprah in terms of people whose names can’t be easily given to a child without it seeming like you’re a real mega-fan, but I think we all agree it’s a good name and hopefully it gets its due someday, right?

All right, I’m glad I got that out. I needed a fully clear head to deal with the glory of this email, which is unquestionably the first one I’ve ever received that contains a CHART.

You’re also lucky (?) that I’ve been really into playing logic puzzles recently – the kind that you write on the LSAT (not that I ever took it) or that comprised 75% of ‘enrichment’ for kids in the 90s. I love them, and it means I’m in a really logical, ‘elminate that which isn’t necessary’ frame of mind, so let’s get started:

The first thing to stop thinking about is who suggested which name, right? This is your collective child and it’ll be her collective name, so we can eliminate it – plus, that’s a whole column gone! Next up, I’m going to remove the two names that, though they appear on your chart, didn’t get any extra boostering from you – I think it’s safe to assume that, with this amount of attention paid to the names you love, if they were real contenders, there’d be some more discussion on them; also, I think it’s worth noting that the reasons for choosing these names are rather thinner than some of your other choices so… goodbye, Oleander and Adeline, we hardly knew ye.

Now we have to get real. This is where it might start to hurt a little, so hang on..

You’re right that of the four names that remain, Everleigh is by far the most popular – but you knew that, because of the research you’ve done already. That said, I think the whole attraction for most people is the full-length name, and I suspect that few other Everleigh/Everlys are going to be called anything but that.

That means that calling your daughter Evie would be a way to make her stand out, and I have to admit, I don’t think of Evie – or even Eve – as saccharine at all. If anything, it sweetens the name just enough, because I think a lot of the E-v names get less play than they should because of associations to Eve or Eva, and bad puns on ‘evil’ that we’ve all heard. I’ll leave the name on the table because I’m not sure whether you could see it that way or not, but I’ll agree that regardless of your reasons for choosing “Everleigh” (and I smirked at the image of a seven-year-old girl casually informing people that her parents chose it because of a favourite bar), it’s got the potential to be one of several in her circle, friend group, or etc.

Despite the disparate numbers in popularity, I immediately wanted to group Marigold and Rosemary together, because the people who choose them tend to have similar aesthetics/styles in mind – both feel sort of modern-romantic, vintage and therefore fresh.  I don’t have an issue with either of them…

…that you immediately erase from your memory and discourse the first part of your ‘personal significance’ cell. Yeah, the thing about Marigold Cottage? That’s for you guys, and not at all the thing to tell your child, ever. You promise? You HAVE to promise!

Other than that, I get it and I’m happy with either, but I would remind you that your nickname options could also include things like Goldie (for Marigold) or Mara or Maya for either; you could use Rosa rather than Rosie, and I could even get behind something like Roma as an alternative nickname for Rosemary – but that’s if you’re thinking of a long-term short name to use, and not an occasional affectionate name which I think is what you need.

Finally, we come to Trinity, and I’ll admit that I was surprised this one was as high as it is, so either I’m not in a Trinity pocket of the world or I just haven’t met them yet and I’m looking forward to it.

But I don’t agree that ‘Trixie’ is too much – in fact, Trinity is such a badass name (and for me it’s completely and totally linked to A Black Lady Sketch Show, which everyone should immediately watch if they haven’t already. You can and will thank me straight away afterward) that you need a nickname that’s similarly as awesome. And again, depending on whether we’re talking about an all-the-time nickname or one that’s only for you guys when you’re in the house, I think it’s one that’s utterly ripe to be used. Plus, while Trixie could conceivably feel a bit horse-girl and book-series, the unbelievably awesome Trix is just sitting there, waiting to be used!

(Now because I know you people so well, I know someone’s going to email me all ‘But then people will call her Twix!” and like… look, yes, that’s a thing that could happen, but… and? If we all only choose names that can’t rhyme with anything else, we’re all going to be named, like, Govinkskai and that’s it. Chocolate is nice, let it go!)

I think, especially given that you’re waiting minute-by-minute for her arrival, that you’ll already have a feeling about these names, but I think you should go with the one you love that won’t also be in use three doors down in the maternity ward.  Your mileage will vary on what that is, but I’d say your passion (and listen, your commitment to showing your work!) should far outweigh a vague idea of how a nickname might feel based on who your daughter might be someday. 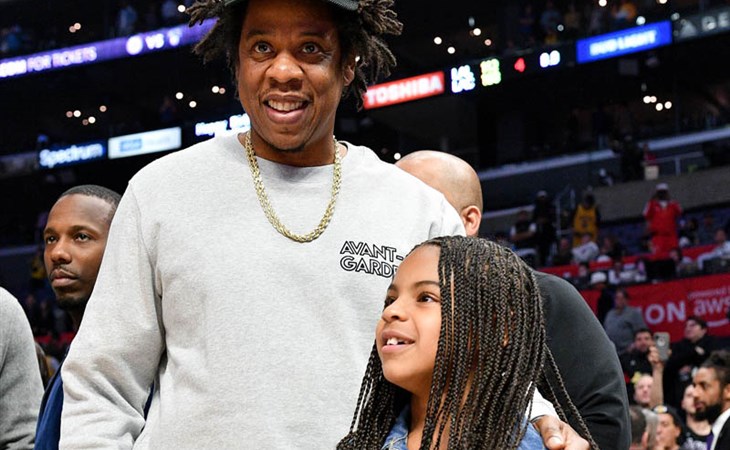 Black Widow is still on track