I am pregnant with my second child (gender unknown), due at the end of August. I'm having a hard time settling on a name.

My older child, Eleanor, is named after a beloved family member. I have loved the name forever and always knew I would use it for a baby girl. I also love that it has lots of great nickname opportunities (Ellie, Nori, Nora). I have a name that is not easily shortened and have always wished I had a nickname (people with unwanted nicknames are probably shaking their fists right now - the grass is always greener!) I want to find a name we love as much for the new baby, but so far nothing has come close. If it's a boy the leading contender is Arthur, but we also like Frederick, Alfred, and Malcolm.

For girls, current options are:
Hannah (my partner's favourite - I feel it might be a bit too common/popular?)
Johanna
Josephine (I really like this one, but my partner has a thing against men's names that have a feminine ending slapped on the end)
Maren (kind of a dark horse compared to our other choices, but it has stuck around in my mind!)

Some other parameters:
Our tastes veer toward the traditional, but like everyone else these days we would love something that is not super popular right now

Baby's last name will be one syllable starting with an L. My partner and I don't care for alliteration, and would like a first name that has at least 2 syllables.

As mentioned above, a name with solid nickname options is preferred!

So here’s an ‘ethical’ question as far as this column is concerned. If I notice a contradiction in a letter, but pointing it out would eliminate some really good names, should I say so or forever hold my peace?

Here’s what I’m getting at. Though I don’t always go in for nicknames, the letter writer’s first name is the kind that’s almost never prone to them (think something like Maude) so I understand the sentiment. But… though I think your boys’ names are all great classics that have a plethora of easy short forms – Art, Freddie, Alfie, Mal (or Malc – I love the sound of this, but would it wind up being mocked for resembling that Midwest-regional pronunciation of ‘milk’, although an internet google hole told me it’s actually more like ‘melk’?). Regardless, you’re golden. It’s not that I don’t want to help you where boys’ names are concerned, but at this point it would just be about my personal preference. With Eleanor, I think I’d be inclined to go with Frederick, but Malcolm and Arthur really work as well.

But the names you like for girls – that girl name list! Have you met you?  They are charming and not-that-common and ripe for re-use, and any of them pairs beautifully with Eleanor, but almost none of them has an easy, understood nickname!

I mean, let’s be clear here. Josephine obviously, overtly begs to be nicknamed ‘Jo’ – though that might not alleviate your husband’s concern of ‘male name with female ending’. I know what he means, and I have had that feeling before, though I think Josephine is one of those names, like Henrietta or Louisa or Wilhelmina, that kind of rises above the original ‘male’ origin.

But the point brings me to a digression – you could, of course, use Jo to nickname Johanna, too, but here’s another reason why nicknames of this sort don’t always sit well with me. If a girl is called ‘Jo’, how do we know if it’s Josephine or Johanna or Joelle or Joscelyne? If it’s ‘Nic’, is it Nicole or Nicolette or Nicola? All your careful naming choices get kind of blanded out if it’s a nickname that can apply to lots of names – which is why I appreciated the unique-to-your-daughter Nori, I should say. But though I sometimes try too hard to be creative and break the nickname tyranny, at least if you went with a nickname like Seph, or Fina, it’s unique to Josephine, you know?

Anyway. Hannah was popular, but I think the Hannahs are mostly approaching high school, so it’s not going to be ubiquitous. That said, Johanna is lovely and unusual, especially if it’s pronounced ‘Yo-HAWN-a’, which I would encourage to separate her from the Joannas – not that she’s likely to encounter many her own age. Hannie or Hahn-ie seem to be the nicknames most often chosen here, but I can still see a world in which Jo is the go-to (and I’ve said before that I had a friend Yolana whose nickname was Yo, but there the first letter wasn’t so tricky), so if you prefer one of the others, you may have an uphill battle to fight.

And Maren! I love Maren, I know only one, nowhere near child age – though I could see how there might be a sliiight run on Malin, as influenced by Akerman. I love this name so much! It’s pretty and charming and unique – but you know there’s no easy nickname here, right? Like of course people who love her will call her ‘Mare’, but it’s not like calling Luciana ‘Luce’ or Maggie for Margaret or anything like that. I am also honour-bound to confess that, if you care, I don’t think it’s exactly the same style as Eleanor, but given that they both end in consonants, they do share some DNA.

So, while I like all of the above names you’ve chosen, I think you should toss out Josephine because your husband doesn’t love it, Hannah because you don’t love it, and I like both Johanna and Maren a lot, but I can think of some options…

The first name that comes to mind is the lovely Renata – Ren, Nat, Rennie, etc – and I am always compelled to mention it’s similarly-neglected cousin, Rowena. You would LOVE a little girl named Row, I bet – maybe that’s a thing? Margot is a lovely stalwart, and though I’m not sure about the modern trend toward nicknaming her ‘Gogo’, it’s not enough to push me away from it. You might like Bronwen (please no Bronwyn – female Welsh names don’t take a y) or Celia, or Camille. In fact, I feel like lots of similar French names would work here – Giselle or Colette – despite sporting the ‘feminized’ suffix.

What about Claudia? Eleanor & Claudia are such lovely yet uncommon partners, and have sort of symbiotic uses of some unusual sounds in girls’ names? I’m tempted to stop there, and to pre-emptively growl at anyone who says “but it means ‘lame’!”, but to round it out, what about Briony or Antonia or Ingrid or Winifred?

It’s true that, with the exception of Antonia and Winifred, most of the above have more first-syllable affectionate short forms, but I included them because they seem to pair well with Eleanor, and with your boy-name style as well. And, as I’m sure you well know, her nickname may wind up being Lala or BayBay or something else bestowed by her older sister – siblings have a way of changing the best intentions of a parent, just as ‘Nana’ over here, as I was called for at least 5 years.

I hope I’ve done well for you, and I’m very curious to know what you choose!

NB readers – if you want to show off your naming stuff, you have a couple of days to send me suggestions for Name the Art; I’ll compile the list in Friday’s column, and have received a couple of good suggestions already, so they’re the ones to beat! 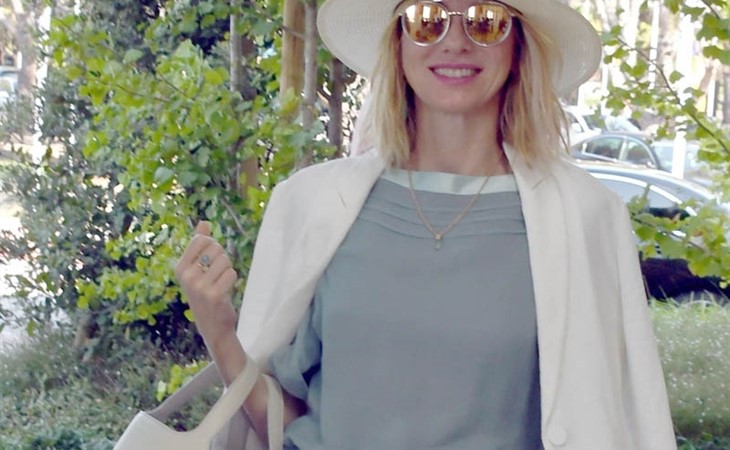