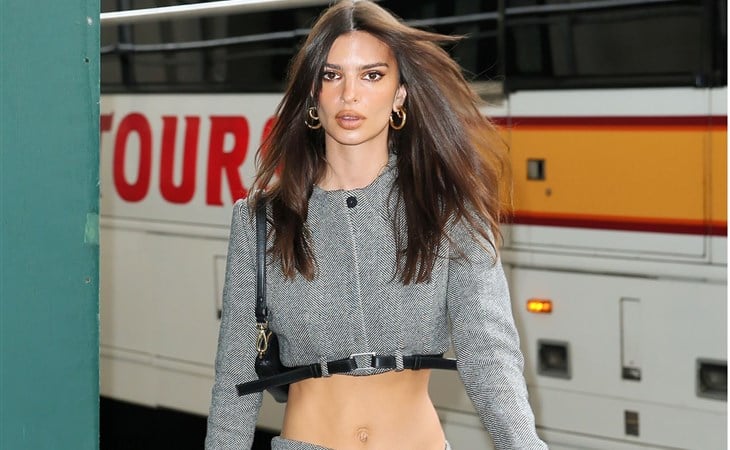 After a short romance with Pete Davidson, Emily Ratajkowski is once again preaching on her podcast, High Low. This time about men who say they want confident women but end up feeling overwhelmed and emasculated when they finally get to spend time with one.

In her most recent episode, which featured queer model and TikTok star Olivia Ponton, the two women discussed the differences between dating men and women. At one point in the conversation, EmRata said she feels like she attracts “the worst men” and says she wants “a confident” one instead.

“I think men are very insecure of more masculine, powerful women, because they are just intimidated by us,” Olivia said. “It’s so confusing to me because you try so hard to get me, you get me, then there’s just a total disconnect because there’s a competitive side to it.”

“Men have said, ‘I like independent women,’” EmRata started, before detailing her path to success and independence, only to feel disappointed by the lack of dating prospects once she reached a certain level in her professional life.

“Ok I did it! And it’s so f-cked up that I would build my life around this,” she said. “They’re like, ‘OK, yes, you’re special. You’ve done it.’ And they love it and love it, and then slowly they get emasculated and don’t know what to do with those feelings, and then they resent you.”

EmRata went on to say that the resentment that exists in heterosexual relationships where a woman is more successful or independent than the man helps her understand part of the appeal of same-sex dating between women.

“It’s one of the reasons I understand dating women because yeah, there might be competition, there might be whatever, but there’s respect. It doesn’t feel like someone is taking something away from someone else,” she said. “Weirdly, with heteronormative relationships, the strength and the power is associated with the masculine and once a woman has that, a man doesn’t know what he has.”

High Low has been home to some remarkably honest conversations, particularly for women. And despite not initially being an EmRata fan, I’ve come to find her and her guests incredibly relatable. The themes she touches on truly encapsulate a lot of women’s experiences – which we’re not always encouraged to speak up about, like Julia Fox describing her asexuality in one episode. Both she and EmRata bravely asserted that most men can’t make them climax in the first place, eek! The pair went on to describe how crushing it can be for a man’s ego to not be needed for a sexual experience they couldn’t provide anyway. But this conversation about men being emasculated by confident, successful women really hits home for me.

One of the things my dad always hammered into my head was the importance of getting an education. He wanted to ensure I did something that I enjoyed and something that could make me a decent income, so that no matter what transpired in my life, I could stand on my own two feet. When I graduated university, I had no idea the opportunities my journalism degree would afford me. It landed me seats in national newsrooms, producer roles on nationwide TV shows, election specials and special presentations on racism and mental health in Canada. But the most important opportunity it afforded me was independence. And I’m reminded of that now as I find myself in the midst of walking away from another collapsed relationship.

The writing was on the wall, but every time the crimson red flags appeared in front of me I turned my head just a little bit each time, until it felt like my head was on backwards. As I started the search for the next place I’d call home, I was blown away by the cost of rental units in my city – a cost I would now have to cover on my own. But thanks to my dad pushing me to go out into the world, bravely and boldly, and be relentless in my pursuit of independence, the cost didn’t stop me from being able to choose. It didn’t stop me from being able to leave.

Early in the relationship, I noticed my partner’s discomfort with my outgoing spirit, a quality he initially insisted he appreciated. It felt like there were time limits on how long I could carry on conversations with men, even though the conversations were platonic, enjoyable and taking place right in front of him. I was expected to “respect my partner” and “pay more attention” to him.

As much as I wish this were a one-time occurrence, this has been a theme in most of my relationships with men. Which makes me feel like EmRata’s concern about not attracting the right men is actually an issue much bigger than her as an individual, and a problem with how men’s entitlement is fostered, encouraged and enabled from the time they are young through to them becoming full adults in society.

If you’re a woman reading this and can’t relate, consider yourself lucky. But I’d argue that most women, even if not in a romantic capacity, have experienced the unrelenting jealousy of a man. It could be your brother who, during childhood, got upset when you received more praise from your parents for any given thing. It could be that annoying male co-worker who insists on taking credit for a project you spearheaded because he feels entitled to whatever points it’ll earn him with the boss. But when it’s your romantic partner, the disappointment hits different.

A woman earning more than a man is hardly ever as big of an issue for women as it is for men. In fact, the man with whom I shared the deepest love I’ve ever experienced earned much less than me – and that was the only relationship I’ve had where the income discrepancy wasn’t an issue for either of us. Through that relationship, I learned the importance of trading off. What was the point in having a partner with all the bells, whistles and a fat paycheque if he didn’t know how to love me? What this guy didn’t provide financially, he more than made up for by loving me in my love language, offering sincere affection, understanding and commitment.

EmRata’s point about men not knowing their role when a woman provides the things that society typically expects men to be the providers of is supported by this study of over 6,000 married or common-law couples which found that that in heterosexual couples, men are happier when both partners contribute financially – but much prefer to be the main breadwinners:

“With stress levels high when they are sole breadwinners, men appear to be more relaxed when their wives or partners earn anything up to 40% of the household income. But their distress levels increase sharply as their spouse’s wages rise beyond that point. And they find it most stressful when they are entirely economically dependent on their partners.”

But the research shows there’s an exception. Men who knowingly partner with a woman who is high-earning don’t appear to experience higher psychological distress when their partners earn more. The research suggests that if the income gap was evident to the man before partnering with her, it could be a reason for the match. It brings Dirty John to mind.

But we have to talk about power. Because that’s what money is, isn’t it? The same study looked at why husbands out-earned by their partners experience psychological distress, and it points to the relationship imbalance (read: power imbalance) it can create:

“Money that comes into the household predominantly through one partner also affects the balance of power. This is important if partners have a different view on what is best for their family, how much to save, what to spend their money on, and various plans and big decisions.”

Ah, right. Men are afraid they won’t have as much of a say in the decision-making. Got it. But traditional gender identity norms are also at play.

“For generations, in many cultures, there has been an expectation that men will be the primary income provider in the family, and masculinity is highly linked to fulfilling this expectation. Faced with a change in this outcome by being outearned by their partners, means men are likely to experience high levels of psychological distress.

But the reality is that things are changing. In places like the US, the percentage of wives outearning their husbands is growing. In 1980, only 13% of married women earned about as much or more than their husbands. In 2000, that figure almost doubled to 25%, and in 2017 it was 31%. This trend is likely to continue into the future and similar patterns have been observed in other countries.”

This ties in to the piece I wrote yesterday about Gabrielle Union saying she felt ‘entitled’ to cheat during her first marriage after her husband cheated. She was doing all the work and paying all the bills, of course she could step out on Chris.

“How about you just be better at expressing your emotions and being there emotionally?” EmRata said during the podcast, challenging men who choose to be intimidated rather than tap into the part of themselves that might actually keep women around, no matter how much more we earn than them.

I said it yesterday and I’ll say it again. Power increases the confidence in the ability to attract partners. And I think that’s a huge part of the reason men tend to be intimidated by women who earn more, or have higher-ranking jobs or simply stand in their power. Because yes, it goes against the grain of everything we know about gender roles and can threaten their ability to feel like a “provider”, but it also means they have to work harder to keep those women.

Unless their girlfriends and wives are deeply in love with them, incredibly sexually attracted to them, and unless they do an impeccable job of making their partner feel seen, validated, understood and supported, their partners will always have the means and the choice to walk away at any given moment. And though it’s a long list of things, it’s really not impossible. Plus, this stuff costs a lot less!

I think that’s why my dad fought so hard to teach me these things throughout the years. He knew not every guy would cut it for me as a life partner – and that there would be periods I’d be on my own. I had to go to school. I had to earn my power. I have to stand in it and earn a decent living. Because it means I’ll always have the freedom to choose - even if it makes me less appealing to the men that can’t handle it. 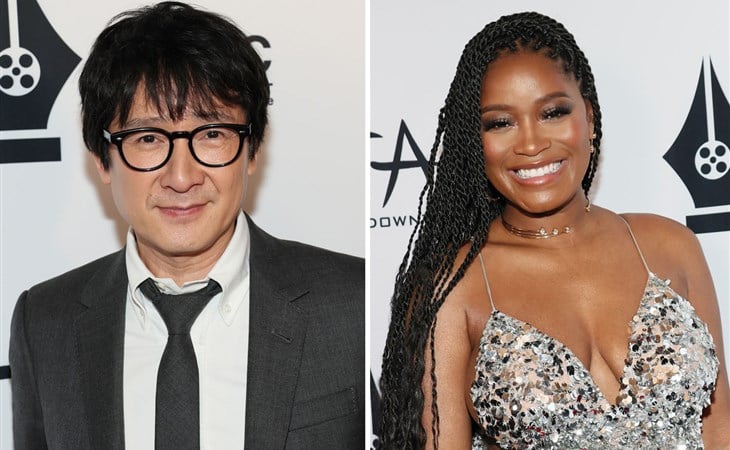 Ke and Keke win together 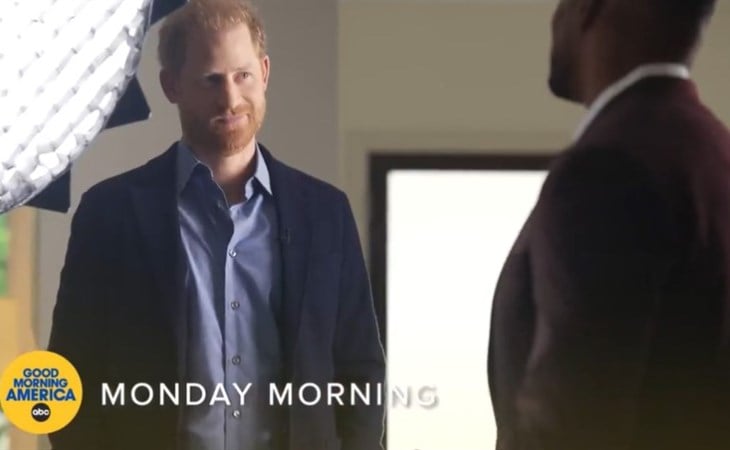