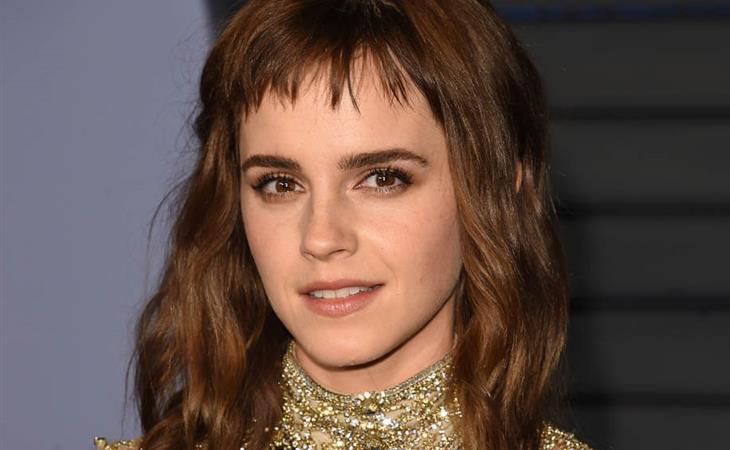 Thank God for Vanity Fair and the other parties, which have changed from being exclusive events where nominees sometimes changed clothes and avoided the ‘novelty invite’ people, to still-exclusive events that, it is acknowledged, might be more fun than the main event and give stars a chance to shake things up a bit.

I love everything that’s happening on Emma Watson here. Unlike many of the stars Lainey is frustrated by, she definitely understands what style and clothing can do and celebrates the work that goes into it (notably on her Beauty and the Beast tour last year, where she was committed to sustainable fashion) and I’m always excited to see what she’s wearing.

But a lot of times her choices seem too classic or too… overworked, not just for my taste, but for the way she appears when she’s not doing a glam thing. So I love what’s happening here – a vintage Ralph Lauren with that insane collar necklace shoulder cap that is totally allowed to steal focus – or it should. 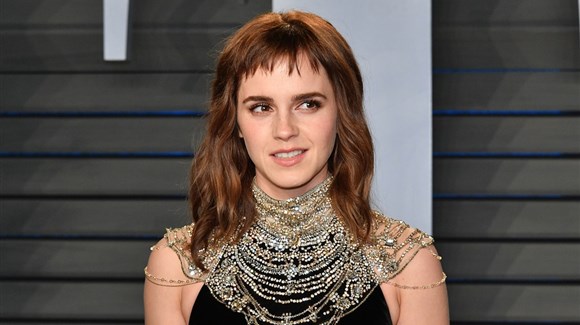 Instead we find ourselves focused on Emma’s Time’s Up arm tattoo – or rather, “Times Up”. No apostrophe. Siiiigh. Look at it and then realize how much you can’t unsee it… 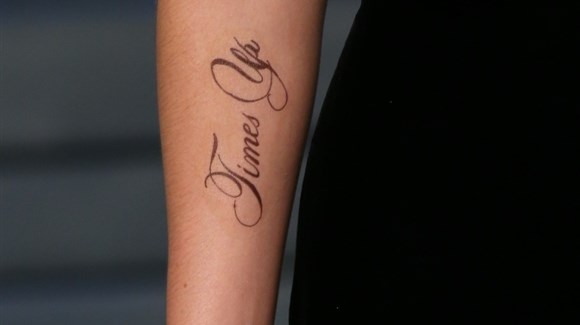 Obviously it’s pretty clearly a temp tattoo, and I imagine Emma had someone putting it on her at the same time as her face or hair were being done. Maybe she took a quick glance at it and thought one of the embellishments was the apostrophe, or maybe someone spotted the error at home and they were going to paint on an apostrophe in the car and forgot, or maybe… I don’t know? She didn’t proof it at the printer?

This is obviously no big deal but you know it’s going to give her cringey nightmares for a while. I would be so mad I would have to be convinced not to have a temper tantrum in the car and spend half an hour scrubbing it off in an overly fancy bathroom. Maybe she can get over it better than me. Maybe someone caught her with a Sharpie just after the photo wall and fixed it right up. But God forbid she should ever want to correct some publication’s spelling or grammar – she’ll be hearing about this for a long time.

Good thing the rest of the look is still badass…? I’ll be over here wincing in empathy. 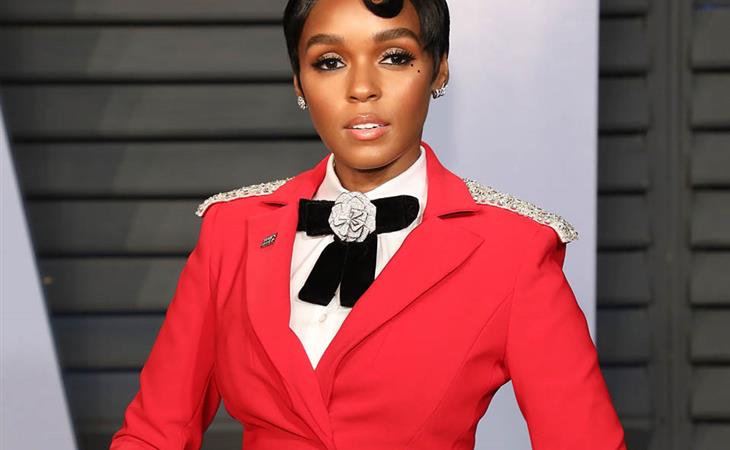 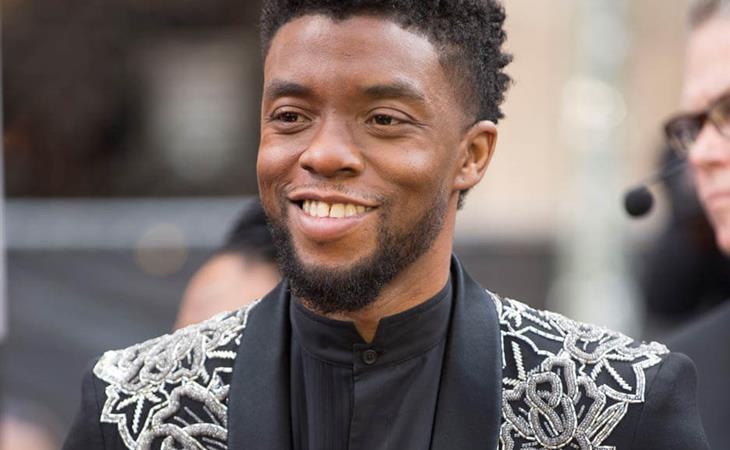