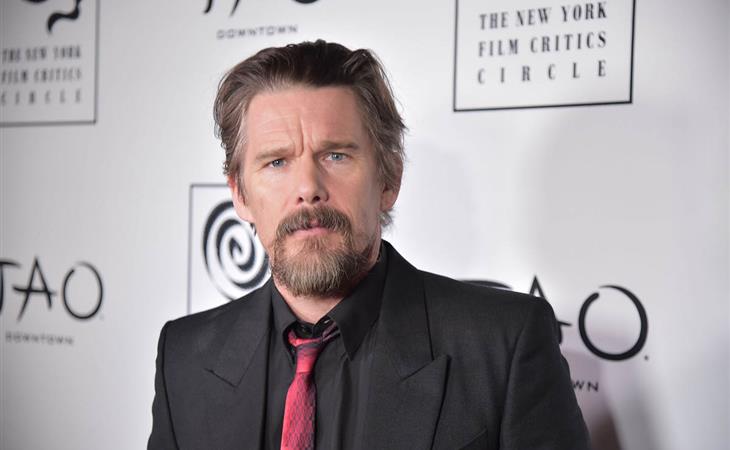 Ethan Hawke was at the New York Film Critics Circle Awards last night to collect his award for Best Actor for his performance in First Reformed. He was also on The Late Show with Stephen Colbert to promote the revival of Sam Shepard’s True West opening soon on Broadway and it happened to be the first day of Oscar nominations voting so, you know, the timing couldn’t be better. Ethan was not nominated for a Screen Actors Guild award for First Reformed, which is definitely a setback for his campaign, but he will be at Critics’ Choice on Sunday and many Oscar experts still think he has a very good chance of being among the five nominated actors when the Academy makes their announcements.

First Reformed came out in May. And it’s a small picture. The fact that he’s still in the conversation and still being given opportunities to talk about it is a good sign. If you’re fan. I am, and I also can’t stand him. That’s part of the deal that comes with Ethan Hawke. He’s so talented. He’s so punchable. Did you read his interview with Hunter Harris for Vulture last week? It’s mostly fine, good enough, until the end, when he’s told about a podcast about him – two people who just want to talk about him and his movies all the time. Which is hilarious and geniusly niche, exactly what a podcast should be. Ethan’s response:

“Well, I already love these guys and think they’re brilliant.”

Then he had to ruin it with a follow-up:

“There’s a great James Joyce line. He’s asked what he expects from his reader. He says, “A lifetime dedication to his work.” I always thought that was funny.”

As Joanna said to me, he just had to drop the James Joyce. He had to. He couldn’t help himself. Does the James Joyce thing work with Oscar voters? Will moonwalking work with Oscar voters? Ethan moonwalked his entrance on Colbert last night. I’m scared to watch because I actually like the moonwalking and I don’t want him to ruin it for me with, like, a lecture on Chekhov or something.

True West opens on January 24, two days after Oscar nominations are announced. The expected nominees for Best Actor are:

That fifth spot right now is between Ethan and John David Washington. The SAGs went with JDW and BlackkKlansman is picking up support from other guilds. Many experts still think Ethan has better odds than JDW though. This, so far, has been an unpredictable season. Very interested to see which way the Academy will go. 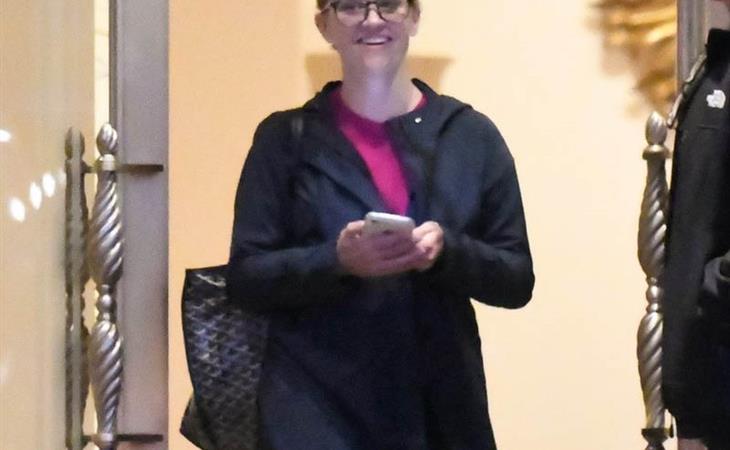 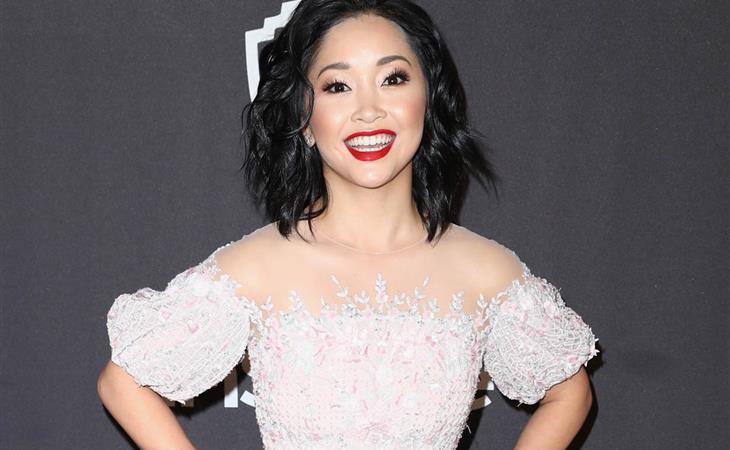 Ethan Hawke’s hustle is showing at the Gotham Awards