The Mandalorian returned on Friday, bringing us back to the world of Din Djarin and Baby Yoda (who remains almost unbearably cute). The first season was a simple delight, and while I continue to have reservations about this show going too deep into Star Wars lore—which it doesn’t need—for the first episode of season two, titled “Chapter 9”, we’re still very much in the realm of a space dad and his space son, doing space things. Djarin is now on his quest to return Baby Yoda to his kind, and a shady type called Gor Koresh (voiced by John Leguizamo) sends Djarin back to Tatooine to find another Mandalorian there. This is, obviously, Boba Fett, and exactly the kind of circular logic Star Wars needs to get away from: not everything needs to connect to the original movies. But, here we are. Djarin arrives back on Tatooine, encounters mechanic Peli Motto (Amy Sedaris), who is all of us as she cuddles Baby Yoda.

As in the first season, this episode is a Western playing on classic tropes. Djarin goes to a new location on Tatooine, a backwater even sh-ttier than Mos Eisley, called Mos Pelgo. There, Djarin finds a person wearing what is clearly Boba Fett’s damaged armor. This person is revealed to be Cobb Vanth (Timothy Olyphant, TOTAL SILVER FOX), the local marshal. (Yes, Olyphant is doing his Seth Bullock/Raylan Givens schtick in space, yes, it is extremely hot.) Cobb is not a Mandalorian, though, he is just a local who acquired the armor from Jawas. This sets up our central conflict. In order to get the armor back, which Mandalorian code demands, Djarin has to help Cobb rid the town of a “krayt dragon” (it’s a sandworm).

We’ve seen Djarin help locals dispose of some kind of predator or another before, but what “Chapter 9” adds to the Western style of The Mandalorian is the relationship between the citizens of Mos Pelgo and the Tusken raiders who live in the desert. It plays loosely on depictions of pioneers and Native Americans in classic Westerns, though The Mandalorian smartly avoids any direct, real-world correlation. But we do get scenes such as Cobb accusing the Tuskens of raiding his town while the Tuskens fire back that the people of Mos Pelgo steal their water, so there’s a resource conflict between the town and the nomads. It’s a familiar dynamic, as is the inevitable yet reluctant team-up between the town and the Tuskens.

The Western flavor of The Mandalorian remains strong, and the plot is still relatively simple. The main difference between anything in season one and “Chapter 9” is that this episode is longer, at over 50 minutes, than anything in season one. Most of that extra time goes into Cobb and Djarin planning how to take on the krayt dragon, though Cobb does drop some exposition about what happened in Mos Pelgo after the events of Return of the Jedi. With the Empire gone, slavers moved in and took over the town, demonstrating that the Rebels winning the war didn’t necessarily make life better for everyone. Without directly citing anything in the movies, that fits with finding Rey living a hardscrabble life on Jakku twenty years later—the Rebels weren’t some magical salve that healed all wounds. It could also account for how the First Order was able to rise, because things didn’t get better for everyone, so why not take a chance on the devil you kind of already know?

This is what The Mandalorian does so well. It expands our understanding of the Star Wars universe without necessarily treading the same ground. I’m a little bummed the show is hellbent on bringing back Boba Fett, because he’s a lame character who died a stupid death and just because his armor is cool is no reason to revisit such familiar territory. It almost feels like this plot exists solely to fix Boba Fett after the prequels saddled him with a dumb backstory, but if The Mandalorian has to fix everything the prequels broke, we’ll be here for ten years. Foreshadowing of Boba Fett aside, “Chapter 9” is more of what made us love The Mandalorian, from the cool Western style of the show, to action scenes designed solely to make Djarin look awesome, to Baby Yoda, the cutest space booger in the galaxy. This is a promising return for one of last year’s most promising new shows. 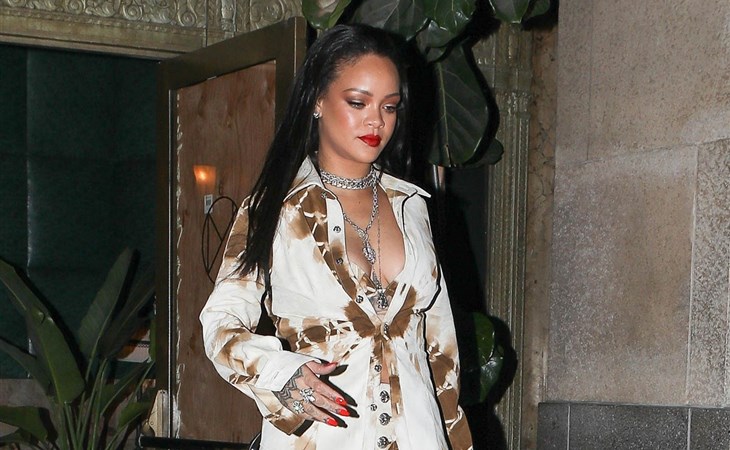