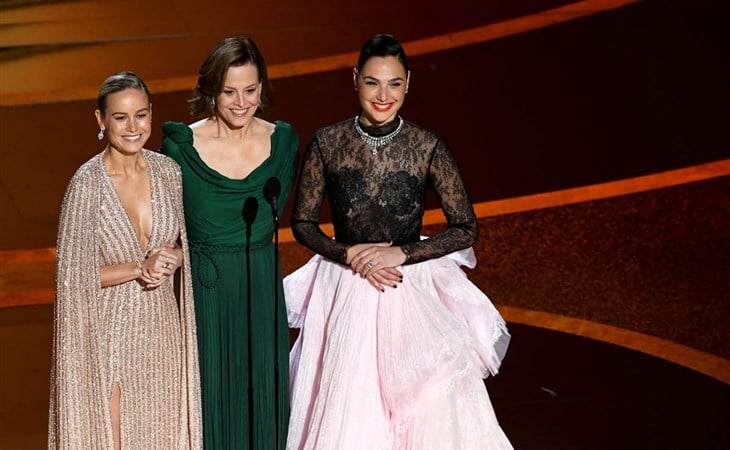 Points to the producers who put this grouping together; I don’t know which of these women was secured as a presenter first or last, and of course there don’t have to be obvious links between the celebrities who present an award – like, what’s the connection between Ray Romano & Sandra Oh? – but I liked this one, a nod to the present becoming the future…

At least until they had to deliver those cheesy lines about how ‘every woman is a superhero’. It felt pandering and cheesy, and the fact that conductor Eimear Noone got a ‘special’ segment where she got to lead the orchestra in the nominees for best score. It’s embarrassing – not because any of these women isn’t doing incredible things, but because it feels like a far too-little, way too-late attempt to up the presence of women in the show after they’d gotten their hands slapped.

It’s also irritating because all of these women are legitimately awesome, and it feels insulting for them to have to spout some ‘Being a girl Rocks!’ nonsense, as though we don’t know that they know whose image they’re supposed to be propping up.  No one, especially, was a full-on force whose Big Conductor Energy I loved watching, and who would have been incredibly compelling without being ghettoized in the ‘ladies are great!’ segment.

That said, each of these women has been impressive in their own rights, both as actresses and members of the entertainment community, and so I’m deliberately not apologizing for the left turn I’m going to make into their outfit choices, so there.

For me, Brie Larson’s coppery-pink neutral is a personal best, and I think she felt like a million bucks. I am constantly aware that I don’t always focus on my posture as much as I should, but I’m starting to think I should invest in some capes, because everyone whose dress involved that overlayer seemed to throw those shoulders back like they were in ballet class.  She just seems to have an aura of being so much more savvy but less earnest and more chill, and it’s a pleasure to watch – am I nuts to think that’s why I enjoyed Captain Marvel more than I ever expected to?

Gal Gadot’s dress is far from my favourite, and I don’t want to get all clichéd with ‘she’s so beautiful it doesn’t matter’ but I’m not sure I’ve ever seen her in something and thought ‘oh, she feels great in that, as opposed to only okay in that other thing’ – so maybe it truly doesn’t affect her. But I do kind of wonder what would happen if she tried something outside of a body-con or a princess silhouette…

You guys, it is my dream to command a stage in Sigourney Weaver’s dress. It’s the perfect shade of green, it’s the perfect pitch of formal-to-this-isn’t-my-big-night, and she’s a casual member of the blunt-ish bob club that was cropping up last night. She’s just so totally owning everything that’s happening here, even in the context of the saccharine ‘message’ they were set to deliver.

And she should be, because… well… I don’t know what one of the most Googled terms was last night, but I would wager that ‘how old is Sigourney Weaver?’ was one of them.

Maybe none of us know what a given age looks like anymore, maybe she’s genetically blessed, maybe cosmetic interventions, maybe all the things. All I know is that I now have a precise number of years in which to find a dress that makes me look and feel as casually powerful as she seems... and that I would have given an obscene amount of money to meet up with her at the bar after the show and hear her real thoughts on that script they delivered. I somehow know I’d get smarter and stronger just from hearing her roll her eyes at it, and I get excited when I think about Brie and Gal commiserating with her as soon as their lapel mics were safely turned off. 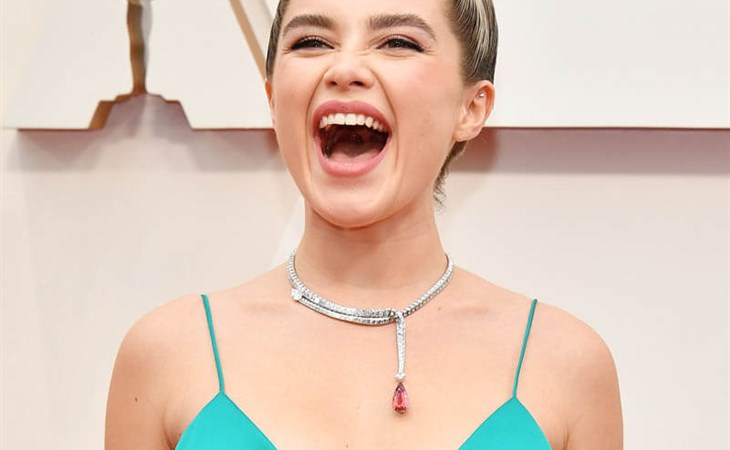 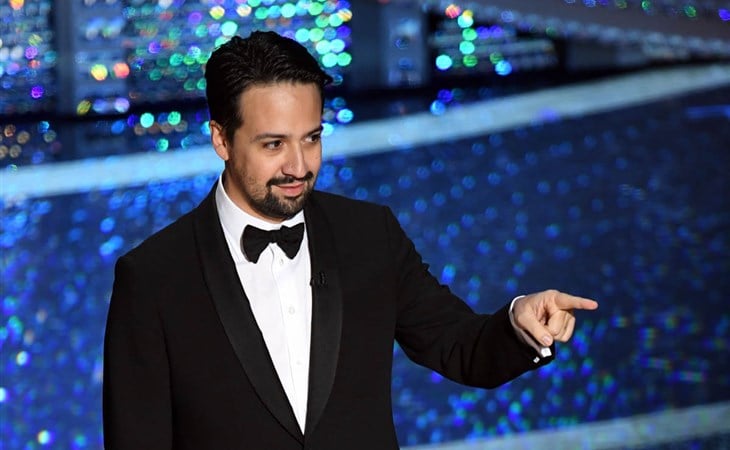