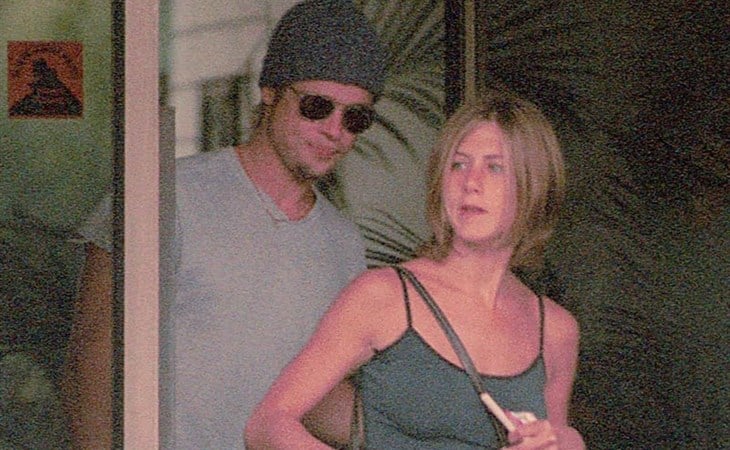 Jennifer Aniston posted to Instagram yesterday and a reader called Greta wrote to me about the orange pants knowing that I have written in the past about those orange pants so specific to a time in gossip history, when Jen and Brad Pitt were still together. Here’s an example from back in 2014 when I talked about the orange cargo pants. She wore them all the time and while I’m not sure if she had several pairs or if it was just one, whenever I think of Jen + Brad, those pants pop right into my head. Here’s Jen’s post – click here to see.

There they are – the orange cargo pants!

A couple of things are interesting to me here. First, the business. Pretty sure this is a paparazzi photo. And I think, though I’m not totally sure, that it was taken around the time Brad and Jen were married. While I don’t have the original “giving the finger” shot, I do have shots, attached, of Jen wearing the exact same outfit holding a friend’s baby – grey tank top and those orange cargos – at the airport in August 2000, just a month after she and Brad were married. So 20 years ago.

This shot that Jen posted, then, is likely 20 years old. And, again, it’s a pap photo which makes it interesting because celebrities have been sued by pap agencies for using photo of themselves that were taken by paparazzi on their social media accounts. This is called “copyright trolling” and Gigi Hadid, Jennifer Lopez, and some Kardashians have been sued by pap agencies objecting to their taking a photo of themselves that was snapped by paps and putting it on their Instagram feeds because those channels are a source of income to the celebrities. It’s a complicated legal mess with no precedent. This is why I haven’t embedded the shot in this post and am only linking to it and am buying other shots of her in the orange cargos from other agencies. Last year, a pap trying to sue Victoria Beckham for posting a pap shot of herself on IG, accused of promoting her clothing line through the pap’s photo. The pap ended up dropping the lawsuit. Not sure if that means though that pap agencies won’t be pursuing other examples but it is an interesting legal conundrum. Of course on the one hand, if you’re a celebrity, that’s a picture of YOU, and being sued over a picture of yourself seems crazy. On the other hand, as according to the legal position of the person taking the picture, that’s their work, and if you’re profiting from their work and they’re not, they’re arguing it’s copyright infringement. I’ve had discussions about this with my own friends who are lawyers. And none of them can agree on a side.

But enough of that boring legal talk, right? Let’s revisit these orange cargo pants and when those cargo pants were worn. Remember when she cut her hair like just under the chin?! And she hated it. That was when she said that she was doing everything she could to make it grow. It was the “blue-green algae” quote.

This moment in Gossip Nostalgia has been brought to you by Billy Idol. 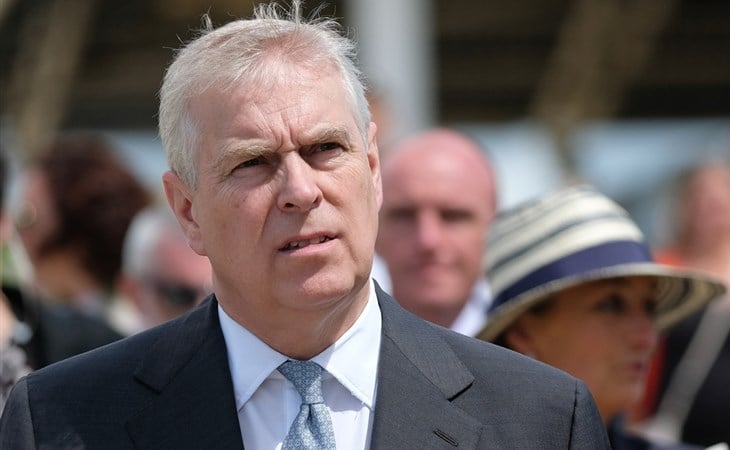 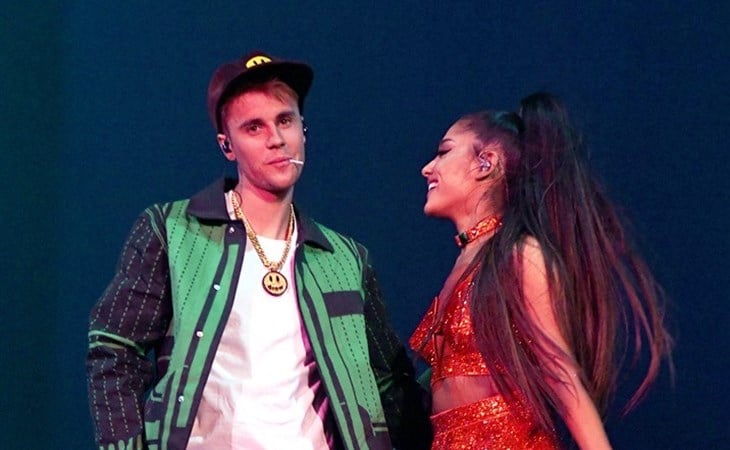