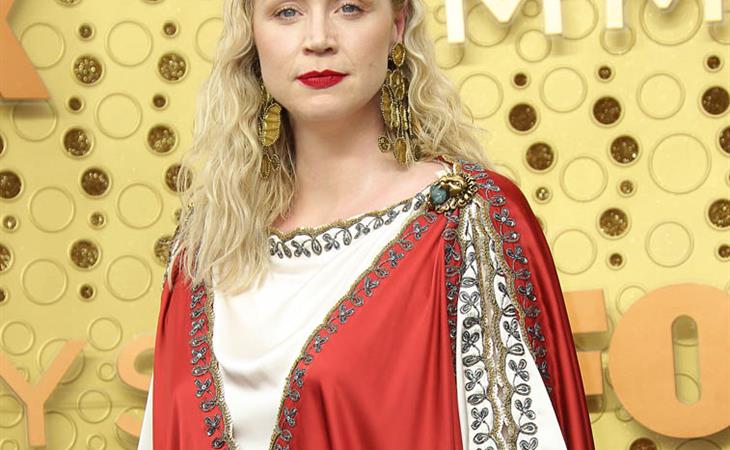 I could and should just leave this tweet here and let that be it.

But of course that can’t be it. Because there’s a WHY behind this outfit. Or at least there’s a WHY to why people are responding to it. It’s Gucci. It is very, as everyone has already pointed out, “Game of Thrones”. Exactly the kind of costume you’d have seen on every season of Game of Thrones. Except…on Brienne of Tarth. Even though it’s best suited for someone like Brienne/Gwendoline. The taller the wearer, the better it will be carried! You need height for it! It’s a Tall Girl only dress!

But Brienne never, ever, ever wore a gown. She was never in a Queen’s robes. She dressed as she wanted to be, she dressed for the job she wanted and finally got – she dressed as a knight and no one would change that, for the character. But it meant that Gwendoline, the woman, the fashionable woman, was a little more limited in her wardrobe choices than most of the other women on the show. Now that the show is over, now that this is their final Emmys, now that she’s been nominated, a nomination she made happen on her own, of course it had to be this dress. In the Lannister colours, with a lion on her shoulder, where a lion tapped her shoulder to make her a knight.

It’s perfect. It’s so gloriously perfect. As was the moment her name was announced during the GoT cast presentation and was met with the most enthusiastic cheers. You could see that joy break out over her face, like sunlight. Gwendoline is breathtaking. 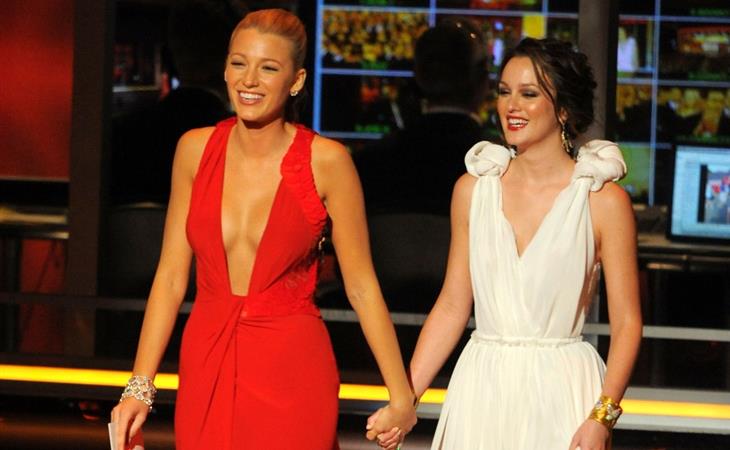 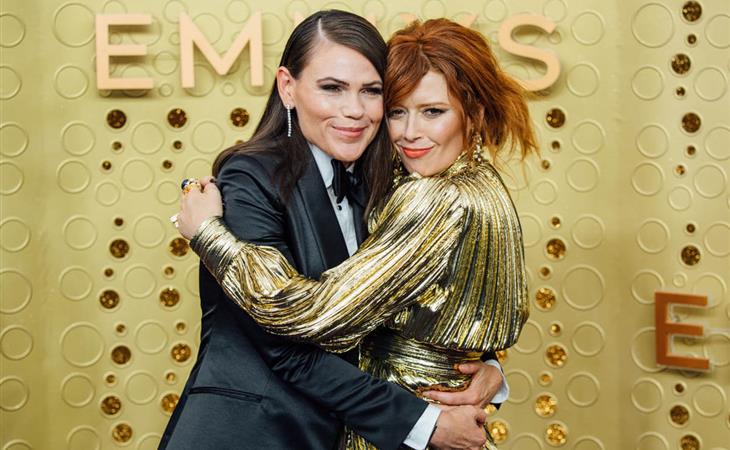