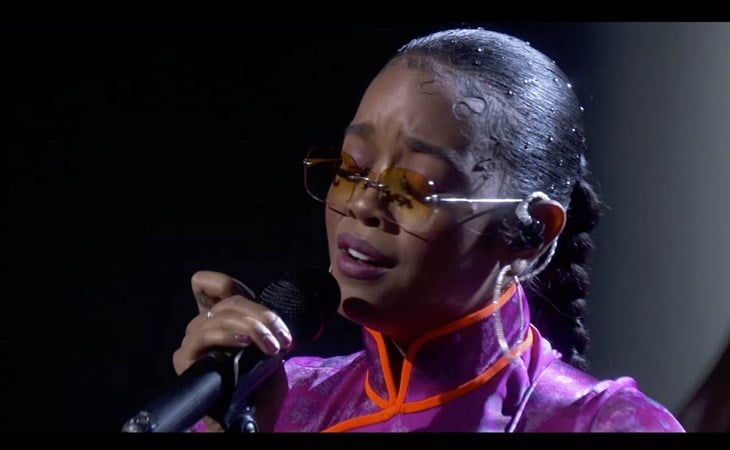 I saw a few tweets last night criticizing the In Memoriam segment, specifically the arrangement (which seemed insane, because it was stunning) or the editing, but I have to ask, exactly who is watching this segment and thinking ‘this doesn’t really meet my standards on an aesthetic level’? I mean, I suppose at its core we’re watching it, but usually it’s just a series of sighs as you realize you’d forgotten someone else who is awesome is gone… are we really critiquing whose version is sung or the placement of a sound effect?

It is a weird thing to consider the In Memoriam as a piece of television, because we’re not supposed to be in it for its viewability – but maybe I feel defensive about it because I thought this year’s was one of the most affecting (I hesitate to say ‘best’, but you know) in a long time – it’s a thankless bear of a task to be the performer on this segment,  but H.E.R. singing Prince’s arrangement of “Nothing Compares 2 U” at a piano was as close to beautiful as it could have been.

There were still complaints about people who were left out – Broadway actor Nick Cordero and Kelly Preston, among others, were mentioned online – but overall, the segment, starting with a quote from Regis Philbin and ending with one from Chadwick Boseman (which is still surreal) felt like an honouring acknowledgement rather than an imposed sob fest… which is a hard line to walk.

I may be in the minority, but I also really liked that H.E.R. was in a bright pink cheongsam dress, rather than the somber black ball gown that often appears in these scenarios – after all, she’s here to do a job to honour those who are gone, and why would she do that with anything less than full commitment, full performance, and full stage look?

I loved it. I acknowledge that’s an odd thing to say, and I don’t know how I feel about. I also suspect H.E.R. knows she nailed it, which is also a weird thing to say, but there are worse days at work than thinking you gave departed colleagues their due in a way they’d most like, and in  a way that’s most like you. 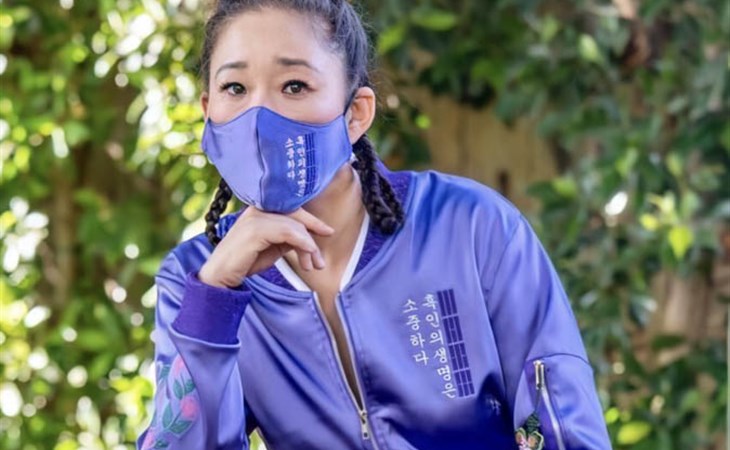 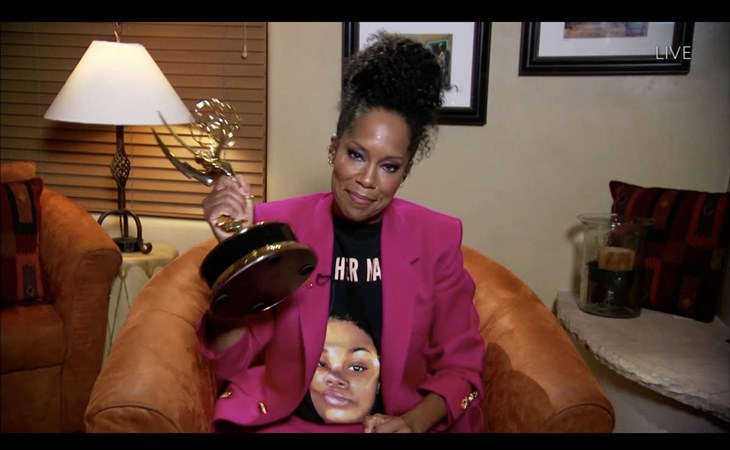 Regina King and the Kingdom of Watchmen

H.E.R. covers Variety's Changemakers issue and is ready for her EGOT