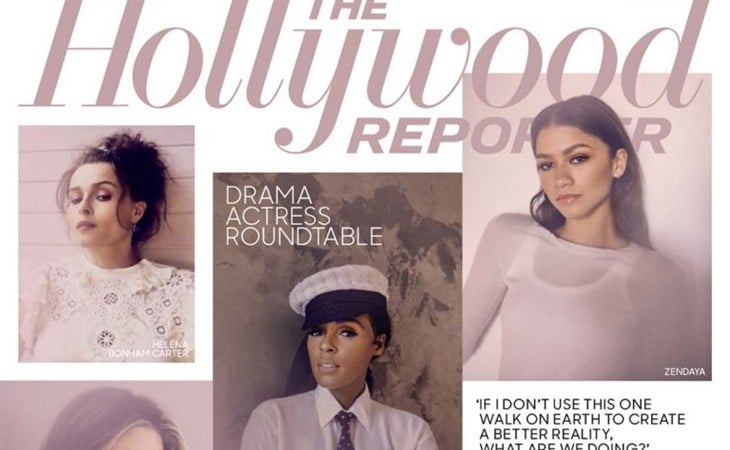 Given the current cultural conversation it would be tone deaf for these actresses not to talk about race. In fact, the virtual hang was set to take place two weeks before but, as mentioned in THR’s cover story, they all “collectively decided they needed the space and time to properly process what was happening around them.” Some took this time to collect their thoughts, others, like Jennifer Aniston offered “Yeah,” and “I agree with you.”

The most blinding moment was after the first question, when the group was asked about both the pandemic and social unrest. Reese Witherspoon, arguably the most powerful voice at the table (in terms of content producing) was unsurprisingly the first to speak, with what seemed like a carefully crafted answer about “being an awake, aware, conscious, empathetic, thoughtful human being.” Then Jen Aniston entered the chat:

“…having the [space] to be alone and not be distracted has been almost divine timing in terms of the order of how everything has unfolded. I think that's a blessing of this pandemic because there wasn't any chance for people to get distracted going back to work or going out to dinners or whatever. We were all pulled together, and it feels extremely unifying and oddly beautiful. And I've never read more in my life.”

In the middle of a pandemic and racial injustice protests around the world you’re talking about the blessing of not having to go out to dinner or go to work? Jen… some people don’t have a work to go to anymore. I don’t want to drag her, because she did donate $1 million to racial justice charities this month, and money talks! So, let’s chalk this up to Jen’s inability to thrive in serious conversations?

It’s interesting that the conversation largely revolved around race, but the two Black women who got a seat at the table didn’t speak until after Reese, Jen, and then Helena Bonham Carter, who acknowledged her own privilege. I think maybe she said what Jennifer Aniston was trying to say:

“…with the Black Lives [Matter] movement, because it's happening now, we have the time to properly consider it and see what everyone can do about it. People have said, "Do you think it would have happened if COVID hadn't happened?" And I feel unfortunately not.”

After Helena specifically brought that to the table, Janelle Monáe, who’s relatively new to acting in comparison to the other veteran actresses, and most certainly new to TV, chimed in. I felt like she was consciously making a rebuttal to Jen’s comments, when she explained this is such an exciting time for the Black community, but that’s one side of the coin. The other side is dealing with the trauma of seeing your community being killed by police, and seeing COVID-19 disproportionately affect underserved communities.

The youngest actress of the group, at just 23, Zendaya didn’t contribute to the conversation until she was called upon. Even Rose Byrne, who faded into the background for me, spoke before Zendaya. Maybe she’s just happy to get a seat at this table? She didn’t look happy in the interview, but I try not to judge women based on their facial expressions — we’re past that.

She’s the lead of what I would consider one of the hottest shows of the last couple year, HBO’s Euphoria. It was a particularly daring for someone who’s largely known for her work on the Disney channel to make the jump to HBO, especially given this show’s subject matter, but she did it with grace, and I think this contributes to her ‘Emmy story.’

In the interview, she speaks on the fact that some of her audience was not going to be able to watch this project and she wrestled with that for a while before ultimately deciding it was the right move in her career. She also opens up about how in her career she’s felt the pressure of being a Black woman in Hollywood, although she recognizes her privilege as someone light-skinned.

When asked if she still asks her reps to get auditions for her when the casting calls for white actresses, she says, “Absolutely.” As mentioned in the interview, Euphoria is inspired by the lived experiences of the show’s white creator, Sam Levinson, and her character had no physical descriptors when she signed on.

“I also think it's important being a light-skinned woman to recognize my privilege in that sense as well and make sure that I'm not taking up space where I don't need to.”

This isn’t the first time Zendaya’s making it clear that she doesn’t want Hollywood giving the small amount of roles allocated for Black actors to her, Yara Shahidi, and Amandla Stenberg. We need to get passed the Halle Berry archetype, the palatable Black girls.

It speaks to the hiring process in Hollywood, who’s getting pushed to hire  Black women, but then making sure they cast a woman who’s not ‘too Black’? Reese Witherspoon, a powerhouse producer of premium TV in recent years, revealed it was actually working with Ava DuVernary on Wrinkle in Time that lead her to reevaluate the way the projects she’s part of get made.

"I have made a lot of movies and I can make a lot of movies, but I want to make things that matter … And that means empowering women and getting women paid — pay equity for Black women, Latinx women, LGBTQ women, differently abled women. And it's a life commitment for me.”

Although, this roundtable isn’t always representative of who will go on to receive a nomination, it’s pretty telling. Six actresses, two of them Black, but no other women of colour. Some names I’d love to see included in the nominations: Sandra Oh, Viola Davis, or any of the cast members delivering fabulous performances season after season on POSE.

Last week the Emmys announced that this year the number of nominations in each category will expand depending on how many submissions the category received. It’s a move adapting to the enormous amount of TV series being made, but also an attempt to diversify the nominees. Will it help or just add a few more similar faces? 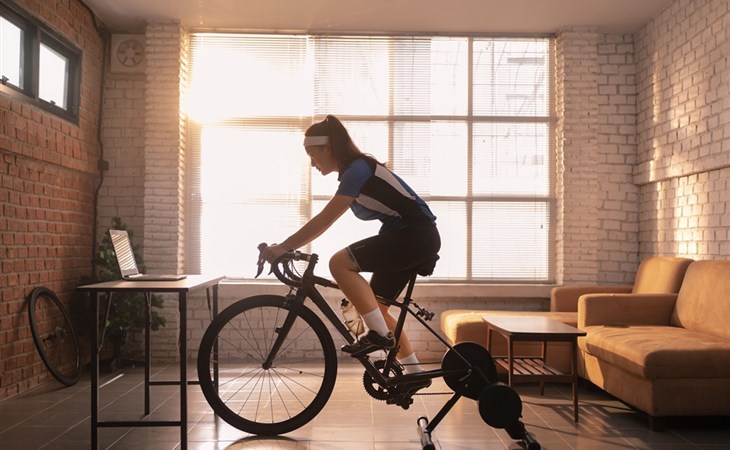 For Your Fitness: Home Cycling