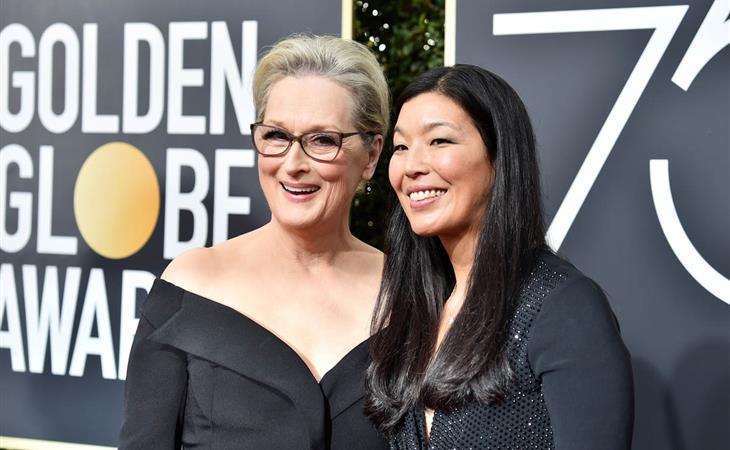 Before we begin, and if you haven’t already, please read the excellent interview featuring the Fug Girls, Heather Cocks and Jessica Morgan, by Constance Grady for Vox about red carpet coverage during #MeToo. I don’t want to excerpt one particular comment or answer because I don’t want to reduce their entire perspective on the situation to a soundbite. And the reason I’m starting our Golden Globes coverage with that perspective is because last night was the first major award show since Time’s Up was announced and many outlets struggled with how to approach the red carpet.

If people like E keep acting like "Who are you wearing" is a dirty question, I am going to lose it. CREDIT. GIVE CREDIT. You are all glam-squadded to the nines; if you took those hours to do it, then it's not shallow of us to ask. -H #GoldenGlobes

There is a lot of work that goes into a red carpet appearance – and not just by the person wearing the clothes. The red carpet is part of the work. And, as I have written many times before, it’s a rare instance of a work advantage in Hollywood that women have over men in terms of sponsorship and branding and financial leverage. One of the reasons why it’s been so hard for women to admit to caring about fashion is that, over time, we’ve been conditioned to believe that the sh-t that women care about is superfluous and superficial, like most feminised interests. That women have, over the last two decades, have been able to reclaim power in style and repurpose it to their benefit is, as the Fug Girls argue, not a detriment to feminism. Unless we’re saying that women aren’t capable of advocating for equality while wanting to be fashionable. They are. Which is why Heather is so frustrated in that tweet. Women can talk about all kinds of things. And all of those things don’t have to be mutually exclusive.

That said, there’s no talking, about anything, if there’s no opportunity. What typically happens at these events is that the biggest stars arrive last. Or towards the end. Which means everyone on the press line has to scramble to get in there, even though, before the interview ever begins, they’re told by a publicist that they have ONE question to ask. And 45 seconds total to ask it, get the answer, and move on.

Last night, many of the biggest stars arrived muuuuuuch earlier than they normally do on the red carpet. As in two hours before the start of the show. They did it to honour the work of the many activists who were invited to accompany the celebrities down the red carpet. Meryl Streep, for example, was at the Golden Globes by 3pm PT/6pm ET. She was joined by Ai-Jen Poo, Director of the National Domestic Workers Alliance and Co-Director for the Caring Actress Generations Campaign. And it was amazing to see, to see these women highlighted and appreciated for their efforts. But, as the Fug Girls noted last night, it’s also OK to highlight the efforts of stylist and the designers who’ve donated their time and their creations and their ideas to the occasion. All of that is work too.

There can also be a new value to the red carpet going forward, especially as we move towards more awareness, more inclusion, more representation. Last night, Ava DuVernay was featured on E!’s “glam-bot”, highlighting how great she looked in her outfit. If the red carpets at the Golden Globes and the Oscars are known to be the most high profile runways in the world, this is how we can begin to reimagine what’s beautiful and who gets to be called beautiful. These carpets are now more diverse than they ever were before. And if we’re seeing more Avas and Issas and Hongs on them than ever before, I’m not sure I want to shut that down.

On that note, let’s get to our coverage of the Golden Globes. It’ll be a heavy day on the blog as we have almost 40 posts planned to be rolled out through the night and day. Please refresh often and scroll down and click back to the early pages to get caught up on what you might have missed. And definitely please yell at us on Twitter or over email. 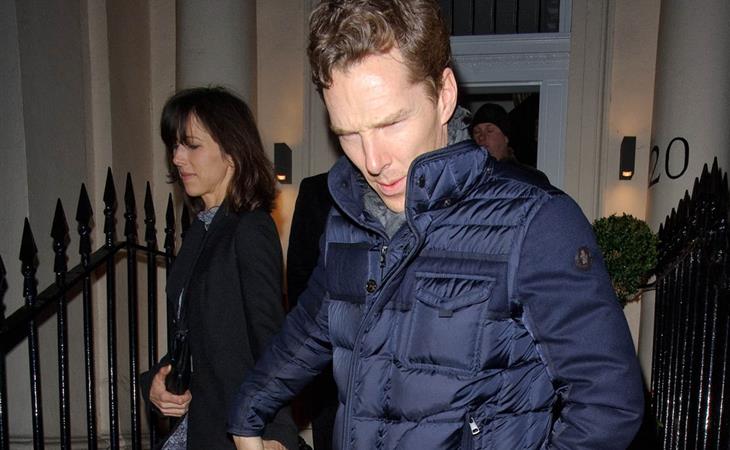 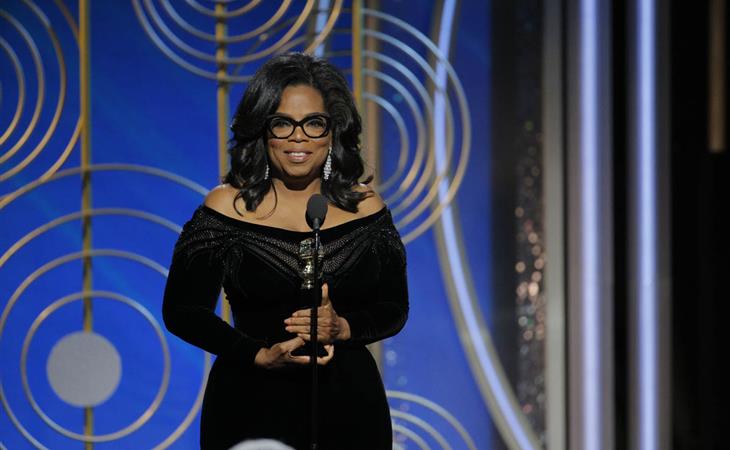