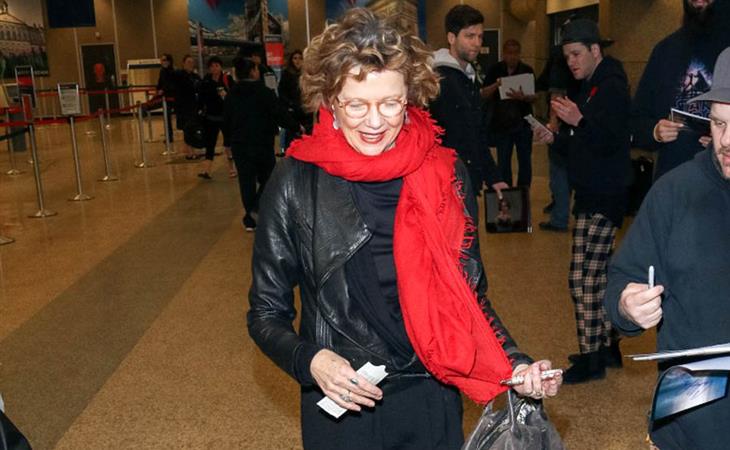 Annette Bening has not yet won an Oscar. Sure, she’s been nominated four times, but that statue has yet to be engraved with her name. To many, it’s most definitely “too early” to tell, but for a few hours yesterday, Annette’s latest film The Report was the biggest sale at Sundance, going to Amazon for a then-record of $14-million. Variety reports the distributor is gearing up for a fall, awards season-friendly release, meaning they’re willing to bet big on the movie and her leading performance as Sen. Dianne Feinstein.

The Report, which also stars Jon Hamm, Maura Tierney and Adam Driver, is based on a true story about the damning senate investigation into the effectiveness of the CIA’s use of “enhanced interrogation techniques” – or torture. Apparently, the film even calls out Zero Dark Thirty and 24 for their respective depictions of torture. The New York Times’ Kyle Buchanan said it reminded him of Spotlight and singled out Annette among the cast:

THE REPORT is basically the SPOTLIGHT of U.S-sanctioned torture, and nearly as good! Adam Driver is great and Annette Bening could be cruising to her next nomination for a precise, gratifying performance as Dianne Feinstein

(It also marks the directorial debut of frequent Steven Soderbergh collaborator Scott Z. Burns, which is extra exciting to this Soderbergh stan.)

Annette’s had a few close calls with Oscar in recent years, notably for 20th Century Women and Film Stars Don’t Die in Liverpool, both of which I loved, though I prefer the latter. She did not, however, receive nominations for either of those performances by the Academy and has not been in the Oscar race since The Kids are All Right, which coincidentally also premiered at Sundance to raves back in 2010. Heirloom tomatoes, forever!

Speaking to the electricity in the Utah air about her performance this time around, Vulture’s Matt Rogers brought up the buzz and probable Oscar hype near the beginning of their interview:

Matt: “So, this movie screened last night, it screened one time. I go on Twitter, and already, they can’t help themselves. They’re like, ‘Oscar nomination for Annette.’ It doesn’t bother you enough as it bothers gays nationwide that you don’t have an Oscar.”
Annette: “The only thing I can say to that is thank you.”

This hype for Annette’s latest work comes on the heels of Glenn Close’s success. Glenn was famously 0 for 6 at the Oscars prior to her current campaign for The Wife, and while we still don’t know if she’ll pull through, or “close the deal” (sorry), this means Annette may be next in line to get her “due” Oscar. Momentum could still swing back to Lady Gaga, but if the Oscars go for Glenn in her seventh try, the year after Frances McDormand won her second statue, can Annette keep that veteran streak going? Or will the Academy swing back to honouring or anointing ingénues like Jennifer Lawrence, Brie Larson, and Emma Stone?

Trends aside, if Captain Marvel becomes the smash many predict it to be, the Marvel machine could further boost Annette’s Academy chances by outlining her versatility.

Either way, Amazon is ready to get in the ring with this one, which could be all Annette needs to get on the board for the fifth time, and then we can go from there. Harley Quinn is back, this time Joker-free 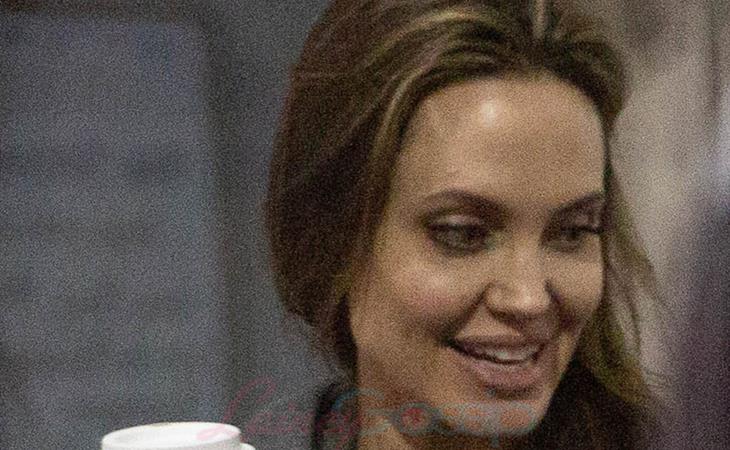