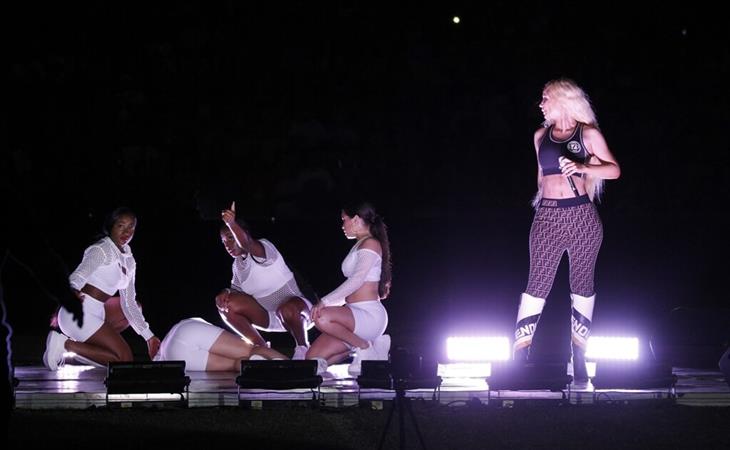 PROGRAMMING NOTE: As mentioned in the open, we are dark on Monday and Tuesday for New Year’s Eve and New Year’s Day. We will return on Wednesday January 2 when it’ll officially be Golden Globes week! Rest up – award season is finally happening. We all need to be ready for a fresh year of gossip! Stay safe, have fun, and Happy New Year!

A scary incident happened onstage during Iggy Azalea’s performance this week and she’s taking sh-t for continuing with the show. As they say, as she said, “The show must go on”. I’m not the biggest fan of Iggy Azalea but I’ll try to give her the benefit of the doubt here. Because if she had stopped the show, would some people have found a way to sh-t on her anyway? People get angry when they pay for something and they don’t get the whole thing. Jacek and I went to a movie the other day and the projector was f-cked up for the first 20 minutes. I ended up leaving the theatre to try to alert a staff member to help. Right behind me a woman busted through the doors and when she got into the common area, she started screaming, “This f-cking movie keeps blacking out, fix this sh-t right now!” I considered leaving in that moment, not because I was annoyed about the movie but because I was afraid that woman would start a riot. (Dlisted)

I would have reacted the same way if the sky over my city turned blue. Which is to panic and call it the end of the world and then make my way over to my friend Melissa’s because she’s built a bunker and she told me I was on the bunker list. This is going to be my next article idea, unless someone’s written a piece about it – if not, don’t steal! Who Would Be In Your Bunker? It’s not exactly a wedding invitation, you know? Space is limited. Resources are limited. Was it in Deep Impact where there was an asteroid or something headed to earth and the government pre-selected which citizens were invited into the bunker and everyone waited around for their acceptance letters like it was college applications? That’s how the Who Would Be In Your Bunker conversation works. (Pajiba)

President Obama’s Best of 2018 includes, of course, Beyoncé. It also includes several films that Sarah put on her Best of 2018 list and my beloved Eighth Grade. On his book list: Tommy Orange’s There There. I love that book. And, as I said on The Social when we were reviewing it, I find Tommy Orange so annoying – because There There is his FIRST NOVEL, it’s maddening. His gift for metaphor is maddening. He is a major literary talent. (TMZ)

I didn’t know this until the Fug Girls delivered it – I needed a gallery of everything Thandie Newton has ever worn. Not EVERYTHING, of course. But a LOT of things. So many red carpet looks. Some of them from way back. And they still hold up. (Go Fug Yourself)

I have the same fear as Gigi Hadid – I have to put the lid on the toilet seat. Not just when I shower but also when I brush my teeth, put on makeup, fix my hair. Basically the toilet should be covered at all times when it’s not being used. (Cele|bitchy)

I know a few people who switched to a weighted blanket in 2018. And all of them love it. Their dogs love it too. I’ve been thinking about trying it out. But I can’t get a read on whether or not the weighted blanket makes you hot when you sleep because I can’t be hot when I sleep. Also… I can’t be touched. Is it like having someone’s body on you? This wouldn’t work for me. (The Cut) 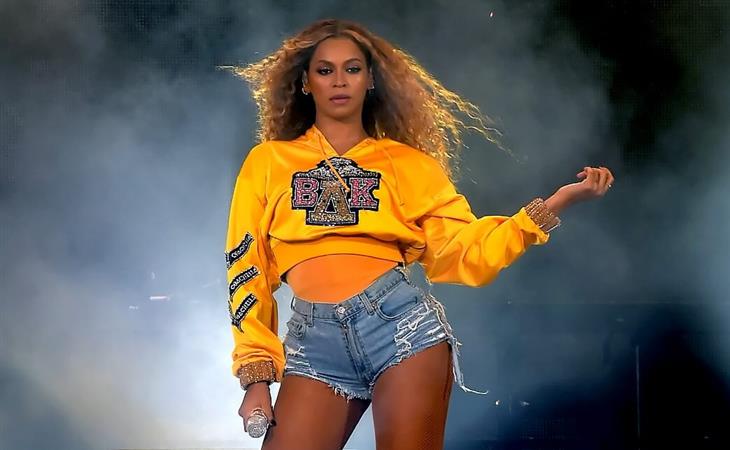