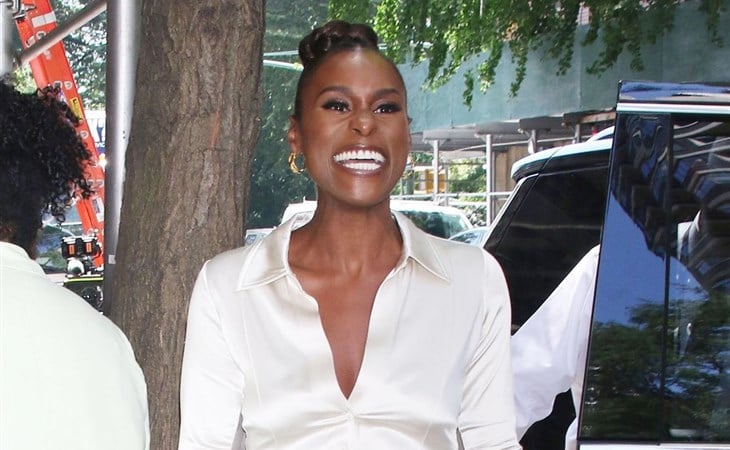 Rap Sh!t, the new series created by Issa Rae, premieres tomorrow on HBO Max and Crave in Canada, and Issa was in New York yesterday to promote it. This just a week after her Emmy nomination for Outstanding Comedy Lead Actress for the final season of Insecure – but no nomination for the series itself. Which even though she might not be, I’m still salty about because … like… how?! Never mind, we all know how, but I still have a hard time with the fact that people keep pretending like The Marvelous Mrs. Maisel is a good show. It’s most recent season certainly was not.

But, like I said, Issa’s on some new sh-t, and now it’s all about Rap Sh!t. And here she is heading to The View yesterday in a pearly white blouse and pleated skirt, cut high on one side.

During an interview with TODAY, Issa talked about why she shut down pregnancy rumours earlier this year when she tweeted that, “I am not pregnant, f-ckyouverymuch. Let a bitch eat and be merry.”

The reason? Because her own family actually believed it. Her sister texted her and told her that their mother was screenshotting articles online and wondering if it was true. Issa’s response:

"I was like, 'What?!' She was like, 'Not Mom believing in gossip!' I was like, 'But she texted you and she didn't even ask me!' I'm like, 'Mom, a pregnancy … you really think that I would hide a grandchild from you? That you've been begging for?!' So I had to say something, because it was getting out of hand."

This is an example of “celebrities, just like us”. The parents of famous people need social media hygiene too. Once a week I have to correct some sh-t my ma has seen online or on What’s App. Last week she tried to tell me that I could go blind from eating too many olives, WTF. 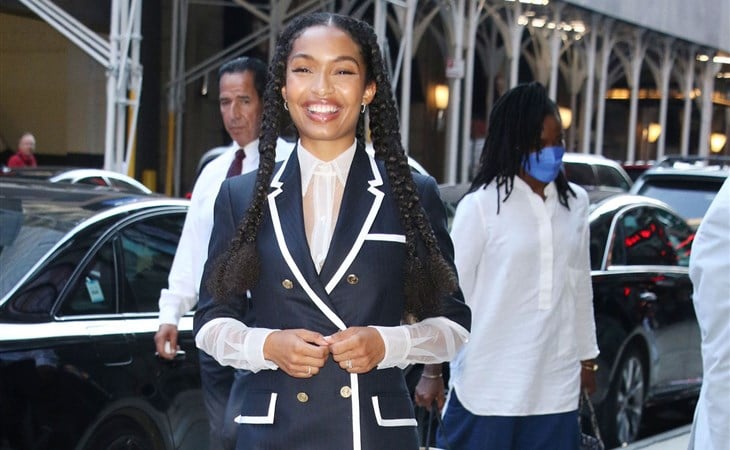 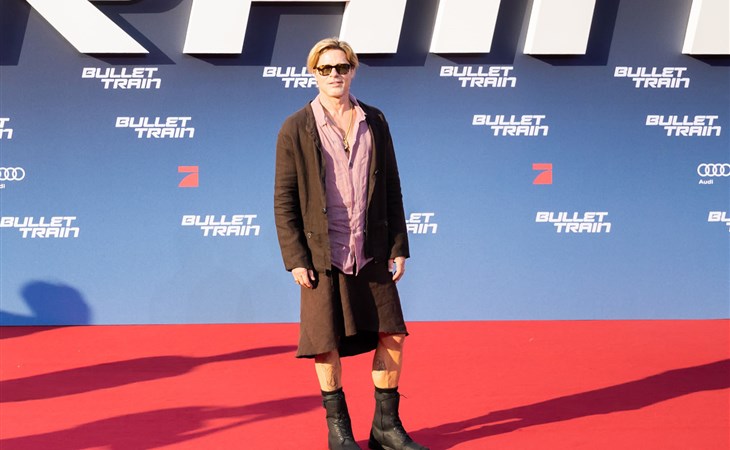