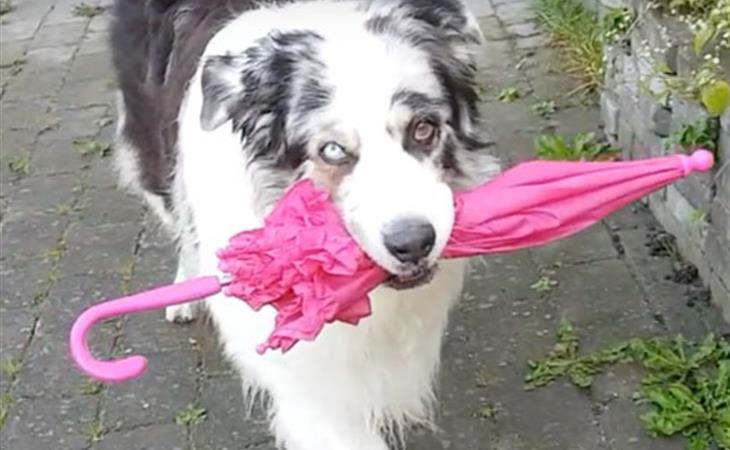 It’s hard enough to dance. But having to dance with a prop? This is triple axel levels of difficulty. I would have trouble with the one-foot hops off the top of routine and I would probably fall down by the time the feet have to cross over each other. But here’s the Gene Kelly of dogs doing it with an umbrella. Better than both Taylor Swift and Katy Perry, neither of whom can dance, please stop trying to convince me otherwise. (Dlisted)

First of all, this is a RUNWAY. Look at the length of this runway. On the Champs-Elysees! You build a runway like that, you need some showstoppers to stomp on it. Which is why Jane Fonda and Helen Mirren had to be there. I want Helen Mirren’s entire outfit. And while we’re talking about working with props, look at how the woman is wielding hers! (Jezebel)

Zendaya covers Glamour. And in one of the shots she’s wearing the most spectacular headpiece.  Horseshoe musical note, if that makes any sense at all. And I want it so bad. But how could anyone wear it as well as she does? (Just Jared)

Didn’t see Ben Affleck at the SNL premiere with Lindsay Shookus this weekend, although she did show up for the after-party on her own. Maybe he actually made a good decision and decided the after-party wouldn’t be a good look? Meanwhile Jennifer Garner is recovering after saying “Yes” to their kids all day. Is that really the problem? Kids these days need to hear “Yes” more often? My ma, the Squawking Chicken, still rarely says “Yes” to me. It went from “No” when I was a child to “Give me money” now that I’m an adult. (Cele|bitchy)

Penelope Cruz is very loyal to Versace. This is why she keeps wearing the same dress over and over again. Come on. You have seen this on her. SO many times! What I don’t want to see, ever again, is the bangs. It already gives me anxiety to see bangs with a ponytail. But these bangs? These uneven, jagged, horrible bangs? WHYYYYY!? (Go Fug Yourself)

It wouldn’t be a new week without a new Taylor Swift conspiracy. This time, she’s hiding songs in commercials. Commercials for major companies she’s partnered with, obviously. 5 weeks to go until reputation comes out. Will it be a full scale Taylor blitz? Or will she let the endorsements do the selling for her? (Teen Vogue) 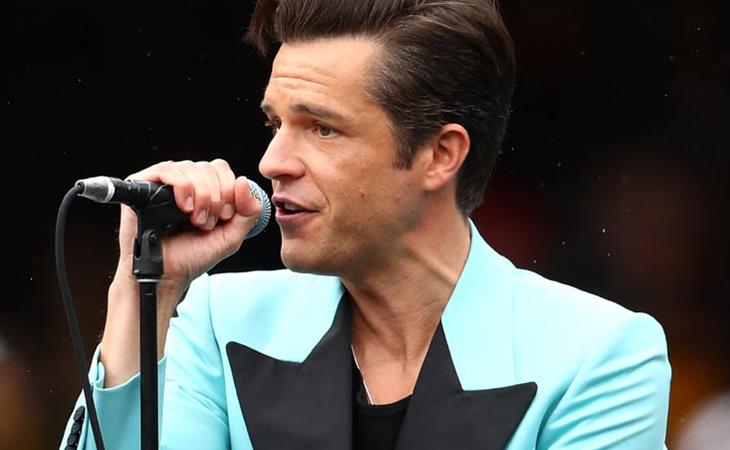 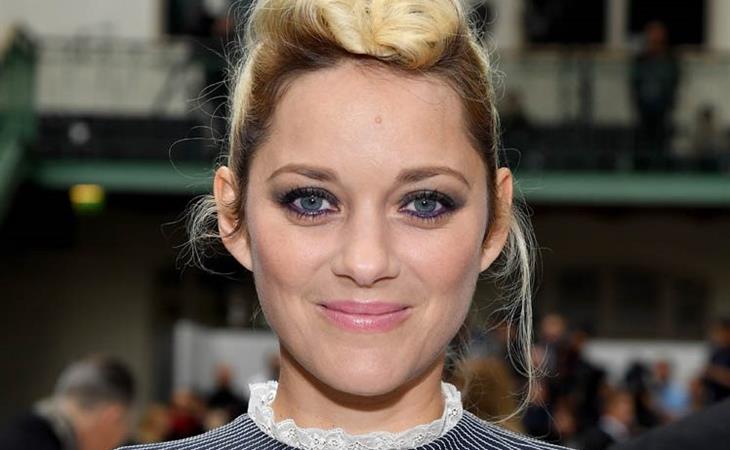