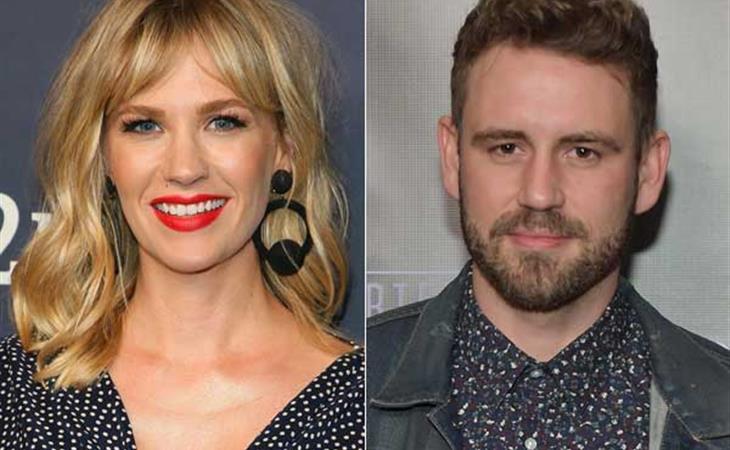 January Jones and a Bachelor

This morning I woke up to my phone buzzing. I had 7 messages and 1 email – all about the same thing. My friends know me so well. They know me well enough to know that I would guffaw loudly in my bed and proceed to laugh hysterically for a full minute over the news that January Jones and former Bachelor Nick Viall are dating.

Yes, you read that correctly. Former Mad Men star and Emmy-nominated actress January Jones is dating that dude who has been on various incarnations of The Bachelor franchise FOUR times. If I had water in my mouth, I would have done a spit take. This story is hilarious on so many levels. First, I almost predicted this. When Modern Family’s Sarah Hyland started dating Wells Adams also of The Bachelor fame, I said to my friend Meghan, “Wells stole Nick Viall’s DREAM.” I am convinced that Nick – now a wannabe actor – went on The Bachelorette twice, pretended to care about finding love in Paradise and dated 72 (approx.) women as The Bachelor and broke up with his fiancé a couple months later after a stint on Dancing with the Stars just so he could be famous enough to date someone more famous than him.

The hilarity continues with how January Jones and Nick Viall got together. Page Six is reporting that it started with January’s appearance on The Late Late Show With James Corden. She admitted to being a Bachelor super-fan (girl, same – no shame) and said this about Nick:

“You don’t know if you like him or if he’s a scumbag and I think that’s why I’m attracted to him, maybe.”

Nick was so charmed by this, realized this was his chance to shoot his shot with a B List actress, so he reached out to January.

“They’ve been dating for about two months. She went on ‘The Late Show’ in ¬mid-November and said Nick had reached out to her and tried to get her to lip-sync battle with him. She declined, but then he asked her out to a drink and she accepted. They’ve been seeing each other since.”

Nick’s first move was to invite her to do a LIP SYNC BATTLE. I am dead. 2018 is weird. I usually actively dislike both of these people but they are officially my favourite couple of the year. I’ve heard stories of January treating people like sh-t so I’ve never been down with her and Nick is, well, Nick Viall, but together, they actually make so much sense. It was only a matter of time before the onslaught of single men and women who become instantly famous through The Bachelor started to infiltrate the world of traditional celebrities. If The Bachelor franchise thinks it has a problem with contestants trying out for the show just so they can shill Flat Tummy Tea and Sugar Bear Hair products on Instagram, they now have a whole other issue. Being on The Bachelor now gives you a legitimate shot at the celebrity dating pool. Quick, someone tell the poor women currently vying for the heart of human slab of mayonnaise, Arie Luyendyk Jr., that if they make it far enough, they could have a chance with Zac Efron. Too ambitious? Scott Eastwood?

Nick and January reportedly celebrated her 40th birthday together but PEOPLE, usually a staple for breaking Bachelor news, has yet to confirm their relationship as of post time. I’m guessing they’re waiting for Nick to announce the news with a series of shirtless selfies.

No disrespect to Nick Viall though because he just successfully hijacked Janu-Arie (can ABC stop trying to make this happen?) and I am HERE for it. 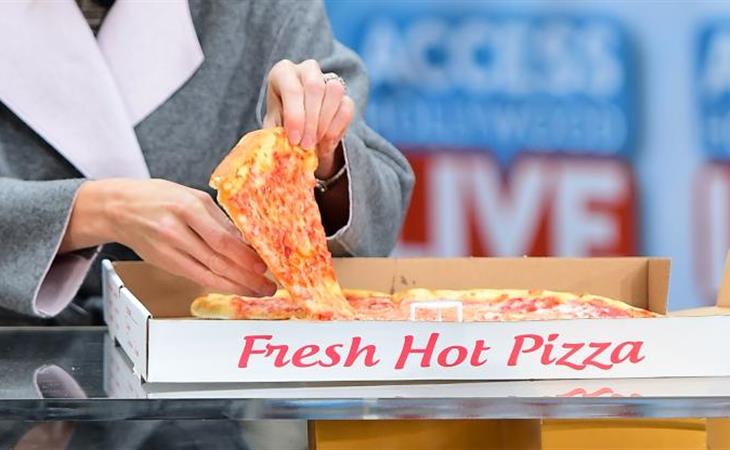 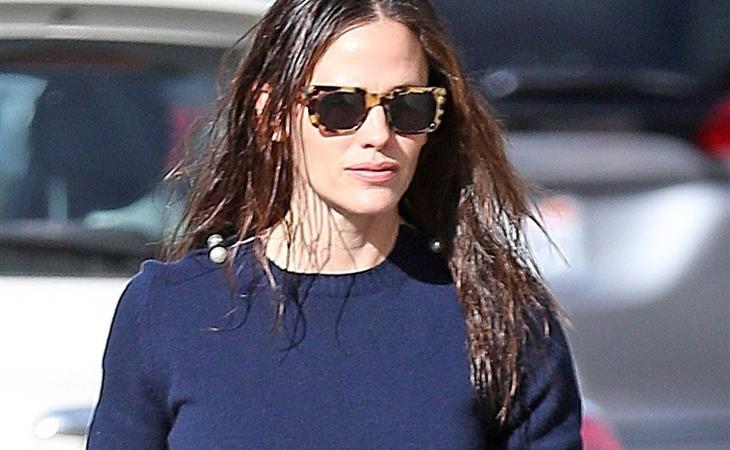