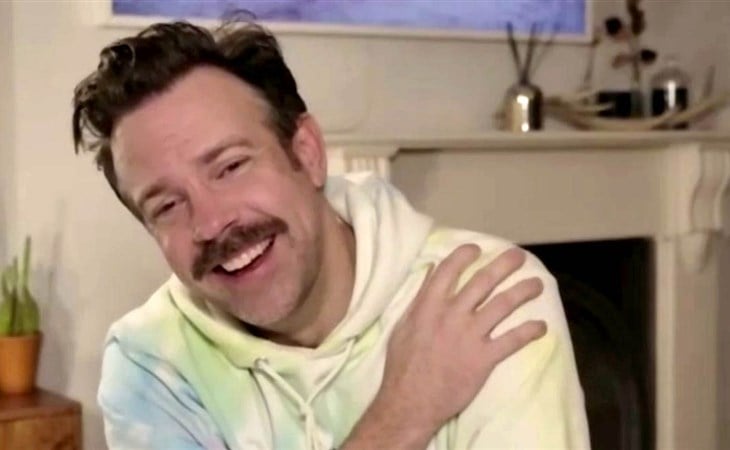 Once we all dispensed with the pretense that the Globes was going to be fun or glamorous or in any way functional, the unintentional joys appeared, mostly in wardrobe form (and yes, it was mostly men who felt entitled to not GAF) but neither Bill Murray’s cabana shirt nor Jeff Daniels’ flannel could really shine, because they happened in the same moment as this:

Jason Sudeikis in a tie dye hoodie on zoom is a whole pandemic vibe. #GoldenGlobes pic.twitter.com/Ggc0QflCK0

Yes, Sudeikis, yes. You wear that sweatshirt that’s in support of your sister’s dance studio, that is completely sold out. It doesn’t matter if you stumble over your words like there’s no tomorrow because it’s the middle of the night in the UK and you’re up late and probably self-medicating a little bit, because We All Know what’s going on, and I honestly feel kind of bad about that.

But I’m not overly worried, because the show tonight was filled with Sudeikis’s people or, at least, people who will definitely understand what it’s like to be utterly exhausted and delirious and beloved anyhow, and the only thing I was sad about was that he wasn’t there with them.

It’s not an accident that the show was full of SNL alumni – it’s broadcast on NBC, after all – but they’re all from that same, razzamatazz, ‘what if a 40s jazz singer went ca-razzy?!’ school, and the thing about it is, they’re always having so much FUN. Do you love everything they do? Not necessarily. Are they into it, which makes you super into it as a result? Often, am I right?

(Again, this look of Amy Poehler’s is spectacular.)

Maybe this is the reason why SNL alumni and the HFPA are a match that works so well. Half the jokes (like the fact that Maya and Kenan’s characters were called ‘Beverly Jackfruit’ and ‘François Jean-Rudy’) don’t make all that much sense, but they look happy, so you should be happy, right? This is also called ‘The Tracy Morgan Principle’.

I’ve said before that the people who do best on awards shows are the people who aren’t afraid of live TV, but this show having relatively few other presenters made that even more clear – can you think of more ‘traditional’ performers who would come out like this?

Listen, we have to take our joys where we can get them, like Barb & Star did… this is, after all, still the Golden Globes. Rainbow hoodies for everyone!

Below – Kristen Wiig and Annie Mumolo showed up in regular glam before the show: 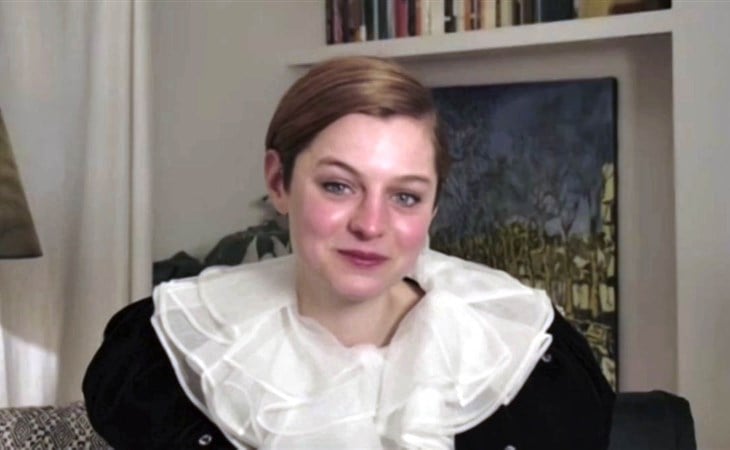