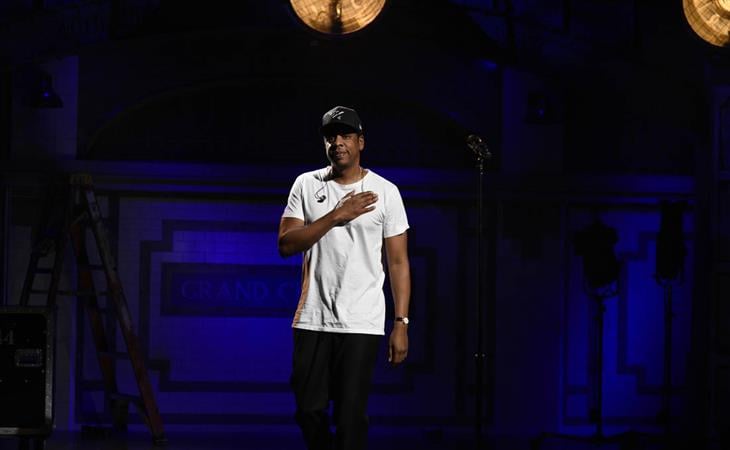 Jay-Z was the musical guest on SNL on Saturday night. He performed two songs from 4:44 and made quiet but powerful statements with both. First, Damien Marley joined Jay on stage for their song Bam, not my favourite track on 4:44 but I liked the vibe of the performance. The statement came in the form of a jersey, all black with the number 7 emblazoned across it. With that number, it was already clear that Jay was showing solidarity for Colin Kaepernick, the NFL quarterback who started a peaceful protest in honour of racial injustice and unarmed black men murdered by police. Nearing the end of the song, Jay turned to reveal “Colin K” across the back of the jersey.

Colin Kaepernick is still not signed to a team in the NFL. League owners have made it very clear that they don’t like being told what to do with the black bodies they own by the Klan President, but they also aren’t willing to sign a man who deserves to have a job. Last week, Jay-Z reportedly turned down an offer from the NFL to perform at the Super Bowl with Justin Timberlake. Coincidence? Was it the current problematic nature of the NFL or the fact that Justin Timberlake is getting another f-cking chance on that stage. #NeverForget. Maybe it’s both. Either way, Jay made it very clear he’s with Kap and his message.


The message Jay sent during his second performance was one of contrition and raw emotion. Jay’s release of 4:44 hasn’t been traditional. The title track wasn’t released as an official single. Multiple songs on 4:44 have music videos. My point is that he didn’t have to do his most vulnerable song on the album, the one where he apologizes to our Queen for being a piece of sh-t husband. It was just Jay, some spotlights and a mic. His eyes were closed for most of the performance. You could hear the emotion in his voice. It was the most emotional performance I’ve ever seen him give. If this is any indication of what’s to come from Jay’s upcoming tour, I’m going to be sobbing through the whole thing. Apologies in advance to the poor person who ends up beside me.

After SNL, Beyoncé joined Jay at the show’s after-party. According to Page Six, she wasn’t at the show’s live taping. Do you think Bey didn’t want anyone reading into her body language during Jay’s gut-wrenching performance? Maybe she was just working or putting the Holy Twins to bed and I’m overthinking it. Bey and Jay partied with Alicia Keys, Swizz Beatz, Diddy and Leslie Jones. I watched the whole episode of SNL and I only saw Leslie Jones once, twice maybe. What? Why? This show needs to get it together for the rest of the season and give us more Leslie Jones.
She posted two seflies with Bey and Jay, separately, and both made me laugh. Leslie Jones is all of us.

I take the worst pics ever!! Thank God Beyoncé is just fucking beautiful!! Thanks for pic Queen B!! I was so nervous!! pic.twitter.com/7MM8kPIaEt

Jay Z is a lyrical beast!!! Thanks for the pic!! Again soooo nervous!! pic.twitter.com/lFJIFPp6kE


Here are more photos of Jay and Bey this weekend. While Bey’s raising money for hurricane relief efforts with the Mi Gente remix, Jay is doing his part through TIDAL. Click here to donate. 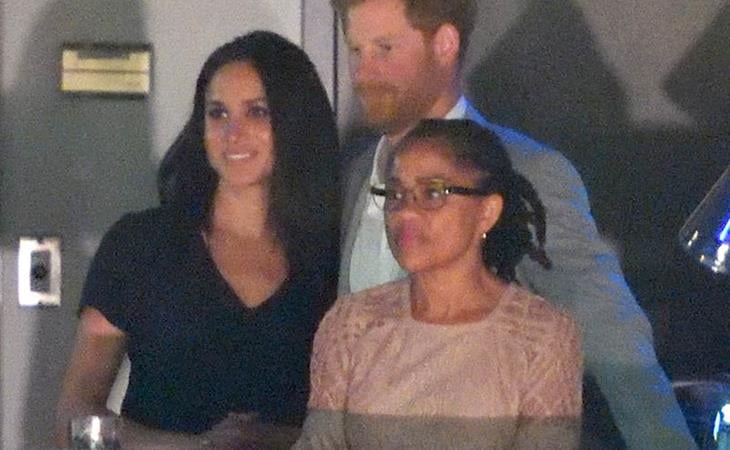