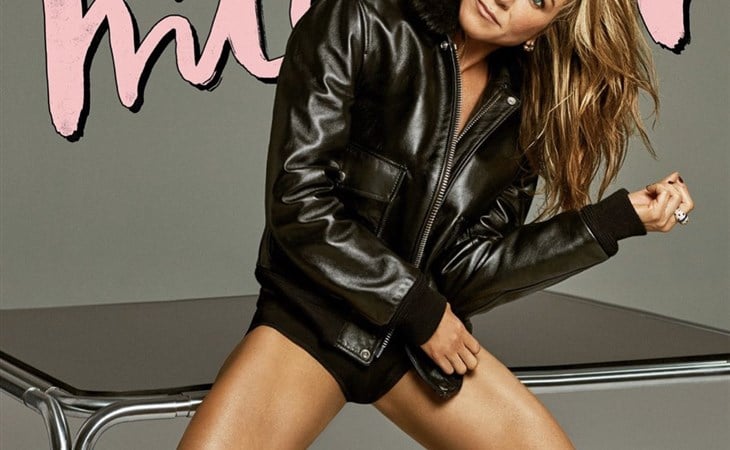 A couple of years ago in The New York Times, Jon Caramanica wrote an obituary for the celebrity profile, declaring it dead after a series of celebrity magazine interviews in which the subjects either interviewed themselves or were interviewed by their friends. We talked about that a lot, about whether or not it was accurate, about celebrities and their need for control – and about how the best writers of celebrity profiles (Allison P Davis, Caity Weaver, Taffy Brodesser-Akner) were saving the art-form.

So the celebrity profile isn’t quite dead. But that doesn’t mean they still aren’t trying to kill it. Earlier today, Sarah wrote about the great Macaulay Culkin profile in Esquire (an example of the celebrity profile’s tenacity) and now it’s time to talk about Jennifer Aniston’s interview for Interview with Sandra Bullock which is… not the same. Because they’re friends so, automatically, the curiosity simply isn’t covered. That is, they already know so much about each other, there’s a shorthand, which means so many details inevitably get skipped.

Take for example one of two parts in the interview making headlines: when they talk about how they each used to date Tate Donovan. They bring it up… and then it goes nowhere. There’s backstory to this, of course, there has to be. Like, was it weird? Did they ever trade stories? Or is it totally normal in Hollywood considering that Sandra isn’t Jen’s only friend with whom she shares an ex? She and Gwyneth Paltrow have hung out; they might not be as close as Jen and Sandy but they’ve certainly spent time together. Does Brad Pitt ever come up?

What we learn from this interview is that Jen and Sandy spend a lot of time together and Sandy’s often over at Jen’s for dinner which, of course, is where their REAL conversations take place. And letting us know that makes it obvious that this conversation ISN’T real. So… what are we actually doing here? What does this accomplish?

The other quote that’s been picked up a lot because this is Jennifer Aniston and it’s society’s collective aspiration for her to become a mother, or something, is when she tells Sandy about her dream of the future, her vision:

“It’s not so much what I see myself doing, but it’s more like a little screenshot in my brain, where I hear the ocean, I see the ocean, I hear laughter, I see kids running, I hear ice in a glass, I smell food being cooked. That’s the joyous snapshot in my head.”

So she wants a beachfront house where she can host Fourth of July barbecues. That doesn’t seem impossible for her. But of course everyone’s focusing on the part about the kids. And this has now been spun into “Jen Aniston is going to have children one day!”

No. It could also be she has a big group of friends and they have children and she invites them over all the time. Jimmy Kimmel’s kids. Jason Bateman’s kids. Kids who are just on the beach because it’s a beach and beaches have kids. Talking about this like she herself is planning to have kids is a super stretch. But, again, it all comes back to what gossip reflects to us about ourselves – for whatever reason, and she’s pushed back against this, people don’t think Jen’s life is complete until she becomes a mother, the ultimate happiness as a woman.

So why not go in the complete opposite direction and talk about how she looks because this is one of the best photo shoots she’s done in a while – and intentional too, I’m sure; nobody’s posing for pictures for a magazine because they want to show you that they look like sh-t. Jen is in GREAT shape, even though that pose on the cover looks kinda awkward with that half squat that’s supposed to be like she’s perched on the table but nobody perches like that on a table, you put more of your ass on the table, only if she put more of her ass on the table, it wouldn’t have been as flattering with her ass and her upper thigh pushed down.

My favourite shot is this one. It’s Jen in a signature little black dress. She should wear this on a red carpet. 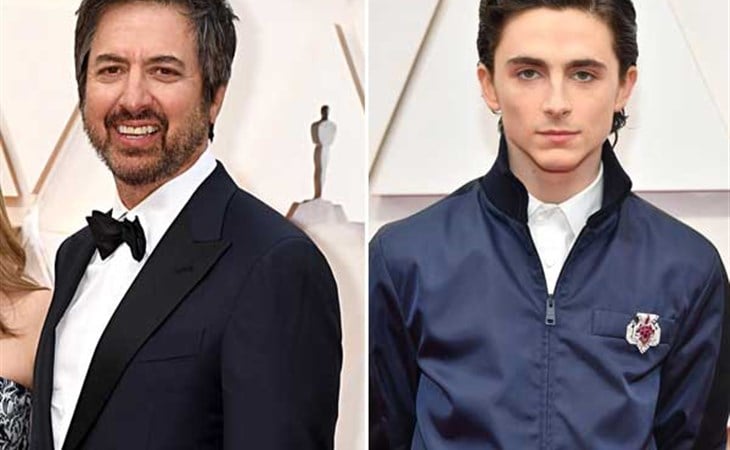 Show Your Work: Negotiating the Oscars 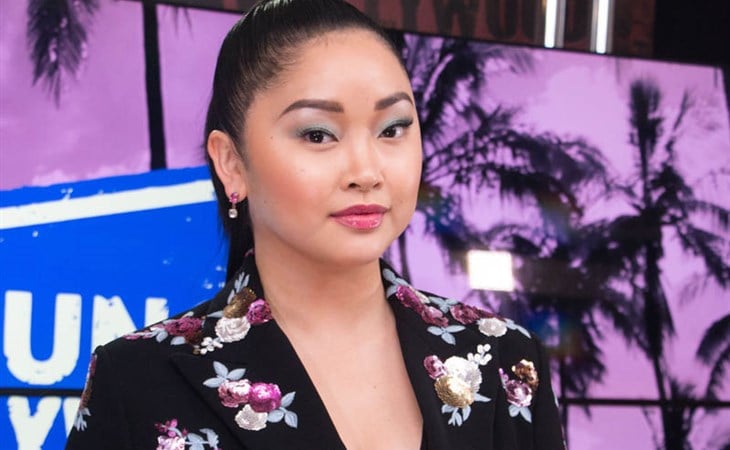