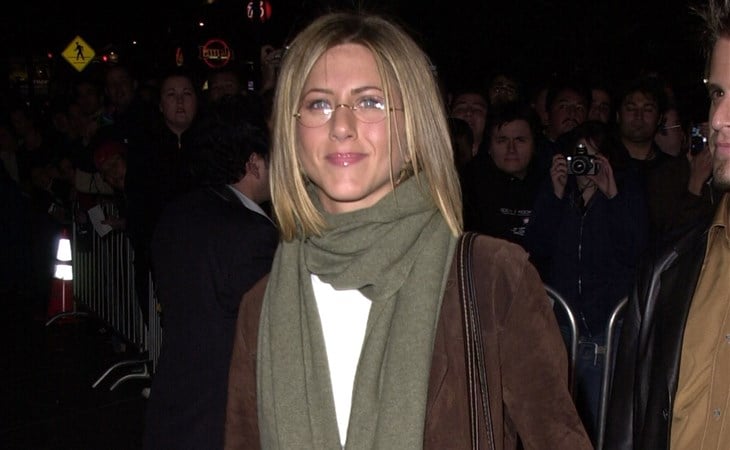 Looking back at the red carpet photos from the premiere of Snatch, in 2000, and I’m reminded once again about how…casual people used to dress for premieres. Most people. Some people definitely turned it up, but the bigger names dialed it down. Both Jennifer Aniston and Gwyneth Paltrow were there which I don’t remember clocking because…well… that would have been a story, then. Pretty sure they didn’t become friendly until later. Jen had just married Brad and gotten her hair cut. (Go Fug Yourself)

What…the…? What does masculinity have to do with having a Twitter account? The answer is absurd but so is the f-cking question! Also are you required when you work for Donald Trump to share the same shade of foundation? (Cele|bitchy)

Khloe Kardashian apparently has Kendall Jenner’s face now and it’s true, it took me a few seconds to distinguish them but also, the person I think is Kendall also looked to me at first glace like Emily Ratajkowski so is Khloe making a pitstop at Kendall before becoming Emily? And whose face is next? (Dlisted)

Did you watch part two of Gayle King’s interview with Miya Ponsetto aka “Soho Karen”? At the end of part one, you’ll recall, she put her hand up and tried to tell Gayle, GAYLE KING, that it was “enough”. I didn’t think it was possible for it to get worse – but part two is somehow worse. This young woman lives in LA. I can’t imagine she doesn’t have friends. What do you think her friends are thinking? Do you think they’ve tried to help her? Not that it’s their responsibility, necessarily. But at the same time, who is she learning from and connecting with? We learn and grow with and from our communities, my friends have taught me so much. Would good friends make a difference in Miya’s life? (Pajiba)

Yesterday in this space I talked about stand mixers and how I’ve finally decided I don’t need one because I love my hand mixer. And a lot of you had opinions on this, I never knew that people were so passionate – and actively not passionate – about stand mixers. Thank you for weighing in on the stand mixer situation. Like I said, I don’t have the counter space for them and I am intimidated by western-style kitchen things so the stand mixer is not going to be invited into my home. But let’s debate something else kitchen and food-related now: throw everything into a tortilla, agree or disagree? For me, the “throw everything into” is a “throw everything ONTO”….rice. Rice goes with everything. You know what I had for lunch the other day because I was low on groceries? I opened up a can of tuna, threw it on some rice, and tossed some kimchie on top. It was AMAZING. (Eater)