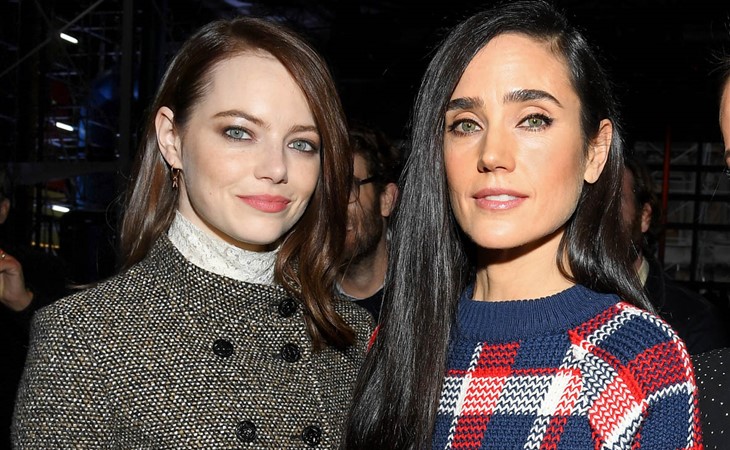 Jennifer Connelly’s look at Louis Vuitton today is not going to be for everyone. I just… don’t know what you expect from people who are going to a fashion show DURING PARIS FASHION WEEK. Like, why, WHYYYYY would you not want to push style boundaries when that is exactly where you want to push them? The sweater is great. The sweater print clashing with the skirt is great. The long bottom-slouchy pants over the boots – yes, it’s weird, it’s not pleasing to the eye because it’s unconventional, but I don’t mind it on her and if there’s a problem that would be it: this is such a high degree of difficulty, few can pull it off which brings me back to the original point that if you’re going to try it anywhere, it might as well be PARIS FASHION WEEK.

And then we have Emma Stone, also a Louis Vuitton ambassador and for the LV presentation she basically chose the most boring ass basic f-cking LV available – and there HAD to be more options than this. Now, we know Emma can get funky. And we know she will get funky. So… what is this all about?

I suspect it’s about the fact that she’s probably the most visible brand ambassador and the strategy might to be to put her in the most wearable clothes for the widest range of consumers. Which…fine. But then what’s the fun in it for her? 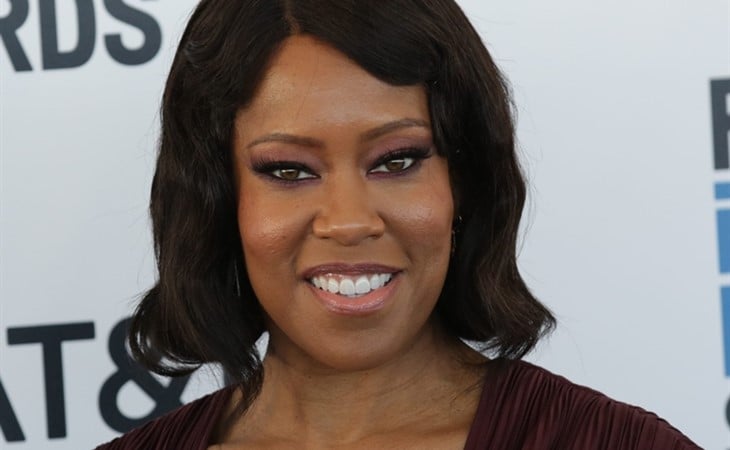 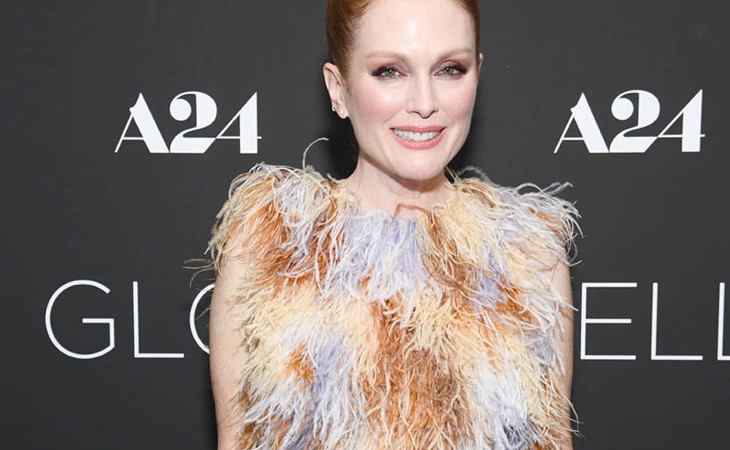