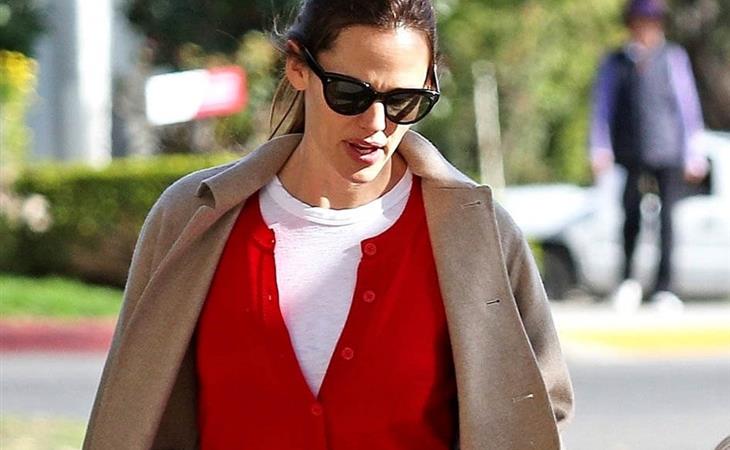 Pop quiz: Do you remember the original unsinkable Jennifer? Lainey revisited that headline 12 years later, a moment in gossip history.

But the role Jennifer Aniston occupied then – the nice girl abandoned by the handsome movie star – has most recently been occupied by Jennifer Garner. There are a few key differences, of course: Jennifer Aniston was a mega TV star coming off of Friends, while Garner has been a mainly-movie star for years. Brad Pitt was not known for his f-ckery, like Ben Affleck is. And the “other woman” was not a nanny or producer, but a mega A-lister, more electric than Brad or Jen. And the biggest difference is that there were no children between Jen and Brad, thus they were able to ignore one another while engaging in a decade long, passive aggressive tit-for-tat in the media. It would be years before The Triangle was even in the same room.

The other Jennifer has to co-parent with Ben Affleck, enduring his motorcycle pop-ins and messiness with grace. She is the opposite of messy and always has been. She is pleasant and light, aggressive only in her non-offensiveness. She hasn’t just tolerated him, she has supported him through his difficulties. And there have been many.

When Jennifer Garner joined Instagram, it was easy to predict that she would use it to amplify her good girl image, which of course she has done. Baking and selling Girl Guide cookies and reading to her dog, it’s all in a day’s work for Jennifer. It’s personal, but it’s not a sell. (At least not in the way we are accustomed to seeing celebrities sell themselves.) So it’s hard to quantify just how good she is at this form of social media, but I regularly receive emails and tweets about how delightful she is, how good she is at being herself (inasmuch as she’s shown us herself), how “normal” she is. It’s social media though, how hard is it to project an image?

Harder than it looks. Many of them struggle, either with too much posting, too little posting, too many ads, not enough personalization, and too much promotion. Very few celebrities are able to balance their personality with their privacy and offer a touch of intimacy. Jennifer Garner gets it, and if she were not an actor, she could totally be a mommy blogger or influencer, and I completely mean that as a compliment.

In my last post about her, I wondered if she was working her way into the lifestyle/ entertainment/ cookbook space. She may very well be, but she’s also working her day job. Judging by how she’s woven specific promotion into her posts, she cares a lot about the upcoming Peppermint movie. She’ll also be working with Lena Dunham and Jenny Konner on an HBO series, Camping. (I would like to be excited about that, but I can’t get excited for anything from Lena Dunham or Jenni Konner anymore.)

Still, what I’d like to see happen for Jen this year is a monster hit. Financially, sure, but also prestige-wise. Something huge and buzzy and celebrated, like Big Little Lies. Something that has her on every awards show red carpet in 2019. She has proven she is resilient and unsinkable. Now I want to watch her career match her personal regeneration, rising from the ashes of a pile of stained t-shirts. 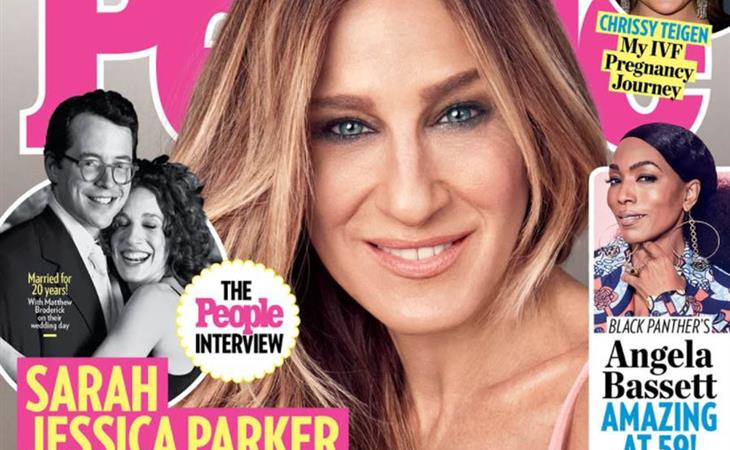 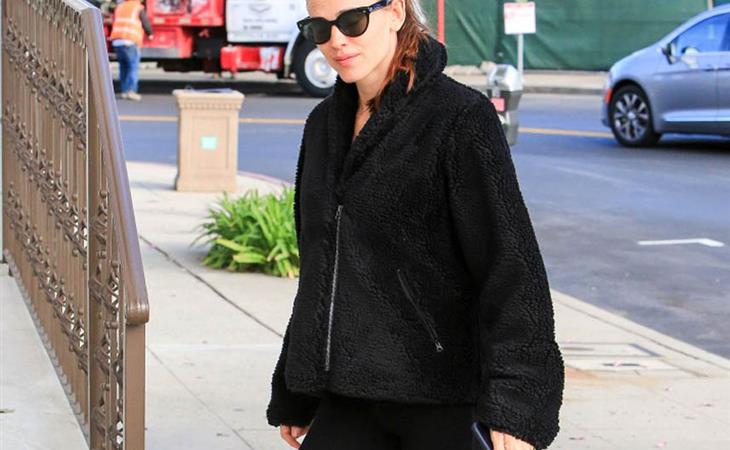