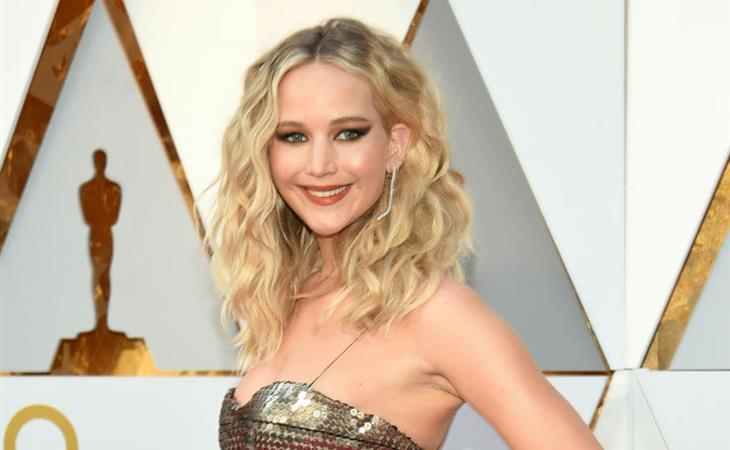 The day after the Oscars we all have writing ebbs and flows, but I was doing OK productivity-wise until we started talking about the ages of various presenters/ nominees/ winners, and then I realized I’ve done nothing with my life and should probably just give up now. Yes, I know I was writing about how inspiring the show can be a few hours ago. My feelings are a bit mercurial, okay? I contain multitudes.

I don’t know if other groups of friends or colleagues think or talk about ages as much as we do. It’s partly because the ages are public of course. But I continually remind myself that Jennifer Lawrence is both only 27 and also already 27.

Because on the one hand she’s like every punk dumbass who does things like climb over seats in the middle of the theatre while holding wine IN AN EVENING GOWN. Dude, just walk around! You’ll still be cool! 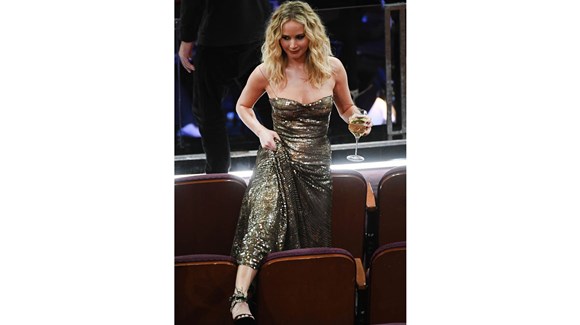 On the other hand, she is so calmly, effortlessly friends with people who are multiple decades older than her, and you can tell it’s not put on. She’s just like, “I’m gonna chill here with Jodie Foster and make fun of Meryl Streep like we’re on my couch”, and doesn’t break a sweat.

Obviously she has a ton in common with them and age doesn’t matter – but even her BFF Emma Stone carries a little more awed deference around the women whose footsteps she follows in. I’m not saying she needs awed deference at all, I just think it’s pretty amazing that it doesn’t cross her mind to be angsty about it. There are definitely people who think J.Law puts on her cool girl persona and I’m sure there are parts that aren’t super authentic, but she’s come a long way from freaking out when people compliment her to casually, lovingly mocking Meryl to her face.

Please take a minute to appreciate the height differential between Jennifer Lawrence and Jodie Foster (on crutches): 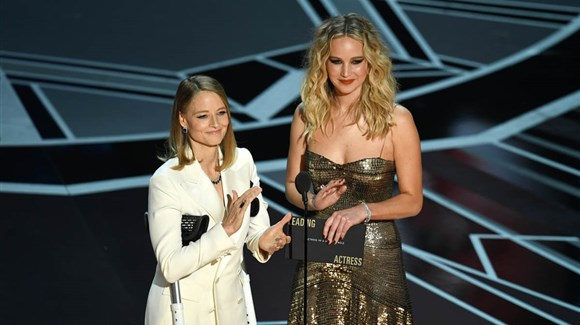 I like this dress a lot, and not just because it underscores my point. It definitely isn’t quite easy-breezy, but the loose-hair minimal-jewels aspect of the look makes it conceivable that the gown was lying in a pile on her floor and she just pulled it on and headed out the door.

Also authentic, if less charming, is the fact that Lainey watched Jennifer Lawrence arrive on the carpet and then skip the line of people who had been waiting to pose against the photo wall for a half hour to get her shots in and breeze inside. Lainey and her balcony cohost Danielle Graham noted that it was her powerful publicist who made it happen (but it’s not like Lawrence objected). I’ll choose to believe that she heard Jodie was on crutches and thought they needed to have more pre-presenter drinks than usual to account for the unusual transportation. But would she have done it if Meryl had been watching? Discuss. 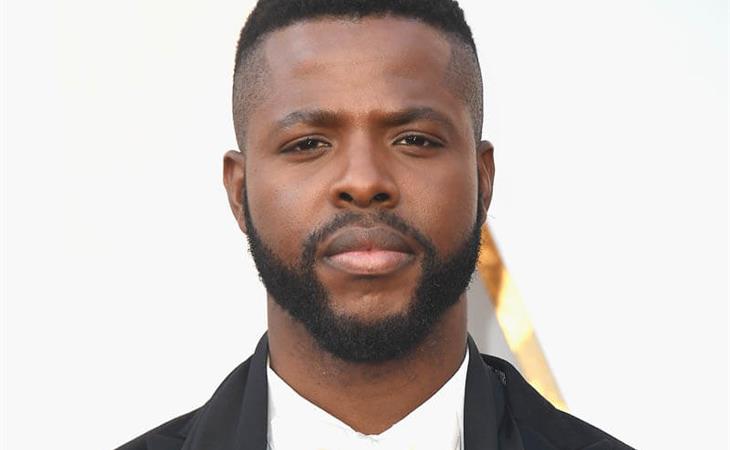 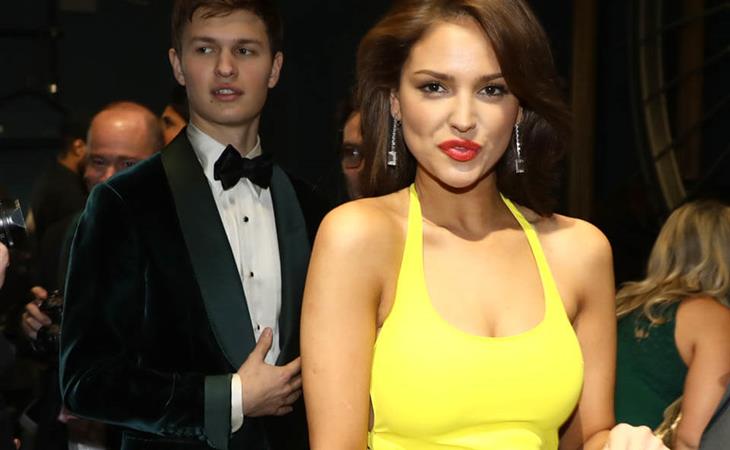