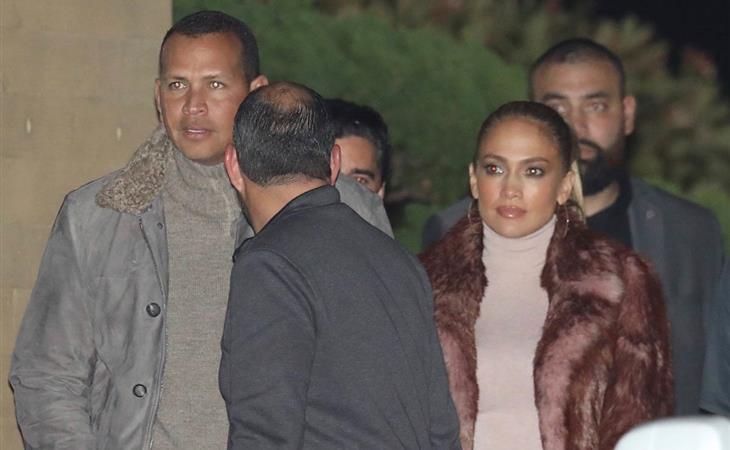 JRod is not engaged … yet

It’s a new year. And while people have been waiting for it, Jennifer Lopez and Alex Rodriguez are not engaged. They did, however, work out together on New Year’s Eve. And had to each post about it on Instagram.

Alex was a lot more verbose about it, reminiscing about his player days and all the training he had to put in and how his life has changed now that he’s in the broadcast booth.

So was NYE too obvious? Will he propose on their anniversary in February? Will he not propose at all because they don’t need a ring and a piece of paper to make their commitment official? She does love a ring though, doesn’t she?

Last night, JRod went out for dinner at Nobu. And shortly after they left, Drake pulled up. Which is interesting because exactly a year ago, it was JLO + Drake and not JLO + ARod. So this year has already kinda f-cked us because why couldn’t Drake have showed up a little earlier!?