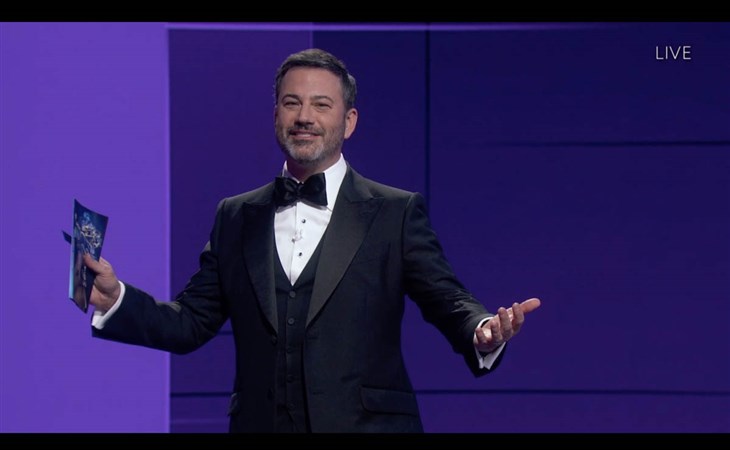 The PandEMMYs is what Jimmy Kimmel called it during his opening monologue – and that was much of the intrigue: how would they pull off a truly live award show? The bit off the top, cutting to past footage of people in the theatre, went on a bit too long, non? On our group chat, we were divided over whether or not it actually worked. Duana tried to argue in its favour, until it dragged on. And then when they switched to the reality of it, Jimmy monologueing on his own at Staples Center, I don’t know about you but, as Sasha noted, it felt like a mega-bummer. Until, of course, they gave us the producer porn.

That shot of him walking backstage to reveal all those feeds!

I’m telling you, everyone who’s ever worked in television needed a bucket and a mop for that moment because it was sexy as f-ck.

Ahead of the event, Jimmy joked that the whole thing might be a “beautiful disaster” but apart from some sh-tty audio here and there, and Mark Ruffalo’s dial-up connection, lol, there really weren’t too many technical glitches. No more than usual, actually. Even in “normal” times, there’s often a camera that switches over too late, or a sound-up that starts too early. So for a show that was bringing in over 100 feeds from all around the world, what they pulled off was smooth, almost too smooth. Like a tech issue may have given the show some tension, some excitement, a pop of energy. Not that the team doesn’t deserve the praise – all the praise, for sure. And the Emmys will win an Emmy next year, guaranteed. But my point is that as well-executed as the show was, we do not want to keep watching award shows like this, f-ck no. The drama will always be better when everyone is in the same room, forced to sit through three plus hours of self-celebration and suspense.

Speaking of suspense though…

Did you, at the beginning, doubt that the nominees and eventual winners really didn’t know if they won or not? Because of the presence of the trophy presenters in hazmat suits on standby?

If you answered yes, Ramy Youssef cleared that up pretty quickly. They really meant it when they said that the hazmat suits were dispatched EVERYWHERE. That it was all happening live. This is probably the best tweet of the night.

I will be laughing about this until next year’s Emmys. As we kick off our Emmys coverage though, if you’ve been visiting this site over the years, you’ll note that, because of the circumstances, our approach is different too. There aren’t dozens upon dozens of looks to revisit and analyse, for starters. The inside baseball of it is that we too had a tough time deciding on how to report on the show and, to be honest, it’s been a pain in the ass figuring out how to post the visuals. Really missing the work of the photographers who capture the images on nights like these. The LA Times had a story a few days ago about how the global health crisis has affected the economy of award season.

Though the #Emmys show must go on, the lack of press conferences, screenings, luncheons and parties this year means thousands who work as photographers, stylists and caterers are out of work at whatâ€™s normally their busiest season. https://t.co/NQWf1KEPY0

So…is this really a time to be handing out awards? And given the situation, did the show hit the right tone?

Despite the bitching from the same people who leave comments on social media underneath any kind of pop culture/entertainment story – they’re the ones who reliably say “who cares?!” – you can make a strong case for this particular award show …because what the f-ck have we all been doing for the last six months?

The Emmys are about TELEVISION. For so many of us, television has been a lockdown essential. Without the contribution of the creatives – both on and off-camera last night – 2020 to this point would have been an even more miserable piece of sh-t. Maybe this is the year they really and truly deserve their awards. 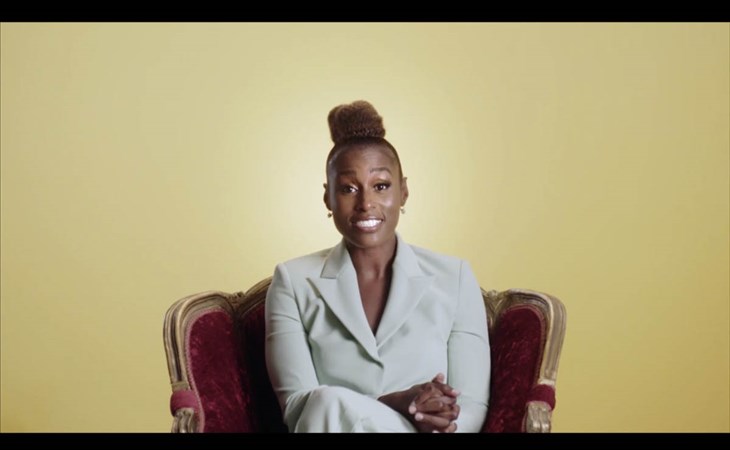 Insecure and The Good Place Were Also Nominated 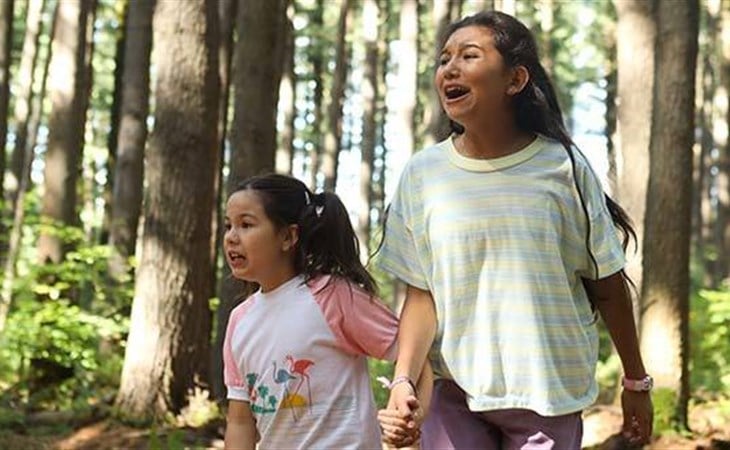