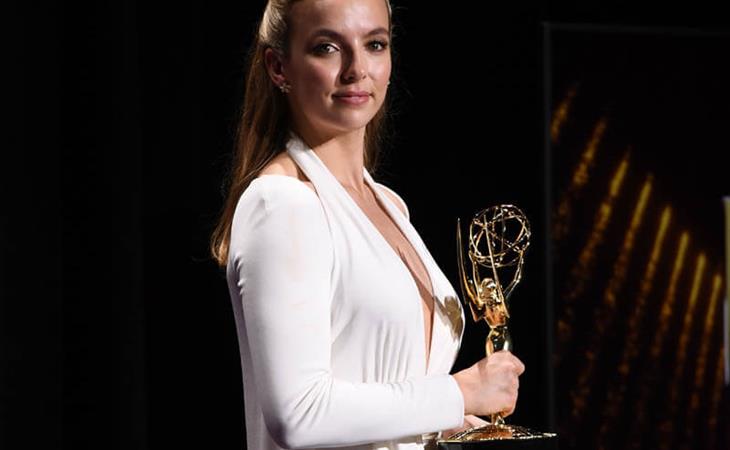 In my heart, I wanted it for Sandra Oh so bad. That said, season two of Killing Eve belonged to Jodie Comer’s Villanelle. And that’s what a partnership is on a show like this. Last season, it was all about Eve, and Sandra was the star, the lead, the one who was front and centre during the circuit. Killing Eve is nothing without Eve, but also, Eve isn’t Eve without Villanelle – that’s true for the characters and, of course, it’s true in real life, as they’re played by these two outstanding actresses. This is why Jodie acknowledged Sandra first. This is why Sandra’s heart was all the way open. This is why Jodie went straight to Sandra when her name was announced. This is why they shared this moment:

SANDRA OH AND JODIE COMER INVENTED LOVING AND SUPPORTING EACH OTHER #emmys pic.twitter.com/nRmQb3RMoi

I’m going to be honest – a part of me, initially, even as I started to write this, wondered about, you know, why it was Jodie this year, considering the TV Academy’s obsession with all things English, and in this category, it was Claire Foy who won last year for The Crown.

And then I stopped myself by considering what Sandra would have been thinking and I truly believe, not that I know her, but I know enough about her, having heard her speak and share her perspective over the last couple of years, and having interviewed her myself, that for her, this experience is about women creating space for other women, and that she has always gravitated towards projects where women are sharing space –from her work with Mina Shum, to Grey’s Anatomy, and now Killing Eve. Killing Eve is the model, a show created by women, with two female leads, and all of them are receiving recognition: Phoebe Waller-Bridge, Sandra, and Jodie, all of them. It’s the f-cking dream. In an industry that is trying to get there, Killing Eve is already there, and Sandra is a part of that. I think, for her, she would say that that’s already the win…and she’d mean it.

As for their looks, I’m not sure this was the right hair choice for Sandra with the pink column and I have some issues with the fit of Jodie’s dress. I almost wish they’d switched dresses with Sandra in white and Jodie in pink, a nod to her Villanelle. Does she deliberately not dress like Villanelle? I wish she would and I know that’s on the nose, but we’ve seen actresses do this all the time during press tours for their films and, God, who better to channel on the red carpet than one of the most unforgettable, “utterly forgivable” characters on TV right now. 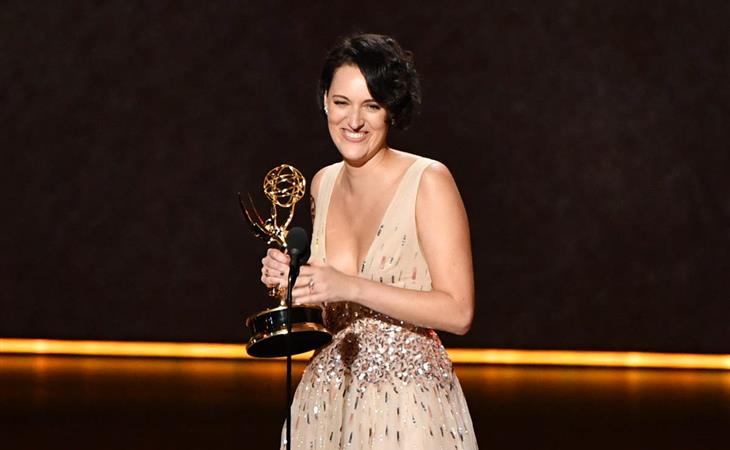 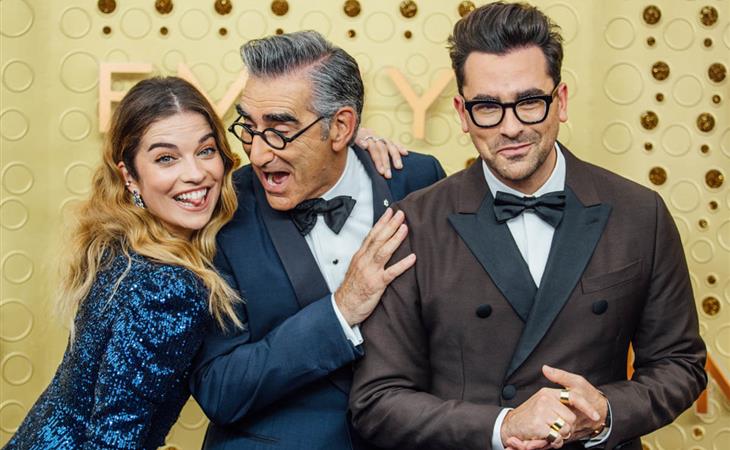