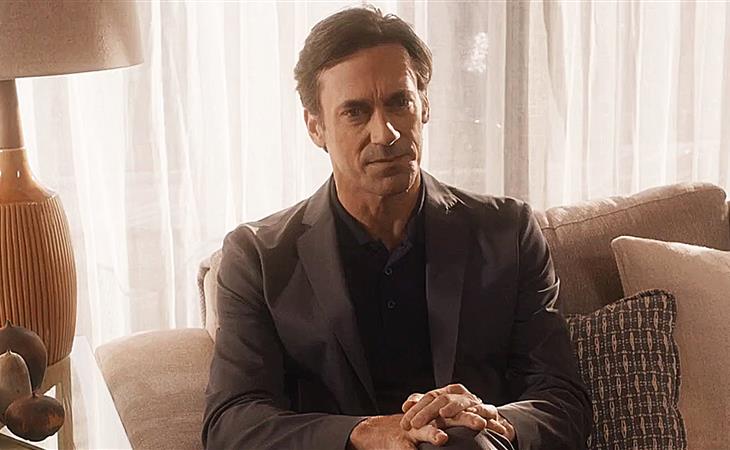 A few years ago Jon Hamm starred in an episode of Black Mirror (“White Christmas”), and now he is taking the creepy technology act on the road, as it were, with Marjorie Prime, a Sundance favorite and possible Oscar contender. The first full trailer has been released, and now you, too, can be haunted by the image of Jon Hamm’s blank but smiling face. Prime looks like an episode of Black Mirror, as Hamm plays a hologram of a dead guy, programmed to replicate companionship and reminisce with the dead guy’s widow. Just like Her, this future does not seem improbable nor too far away.

So Hamm is Walter, who marries a younger woman who then turns into Lois Smith as the widowed Marjorie. And Geena Davis is their grown daughter and Tim Robbins their son-in-law, I think. I’m not 100% sure about Tim Robbins—he could be a family friend? Anyway, elderly Marjorie invests in a holographic recreation of Walter and this causes Feelings among her family. I’m less interested in the family dynamics—at least, as presented by this trailer—than I am the Marjorie/Walter connection, and how we can use technology to comfort us, but how that comfort may (or may not) fall short.

Black Mirror is usually a cautionary tale of technology either run amok or given too much control, but though Marjorie Prime is drawing the inevitable Mirror comparisons, what sets it apart is less that this technology appears dangerous in any way, but that it isn’t enough. Despite being a perfect recreation of Walter, Holo-Walter is still disappointing. This is the most human reaction ever: This is exactly what I wanted, and I hate it.

Marjorie Prime will be released in August, as will Kathryn Bigelow’s Detroit, which is already being tipped as a major Oscar player. There are also a couple modest indies, Wind River and The Glass Castle set for August. The Glass Castle looks like nothing, but Wind River is from the writer of Sicario and Hell or High Water, both Oscar nominees. Because of Oscar-season overcrowding, it looks like distributors are finally starting to stretch it out and release movies earlier in the year and hope they can go the distance to Oscar. Detroit, with a Big Name Director behind it, shouldn’t have a problem. Marjorie Prime has a popular star and Sundance sheen—will that be enough to keep it in voters’ minds come Oscar season? The Academy embraced Her, so it’s not a big leap to Jon Hamm at the Oscars in 2018. 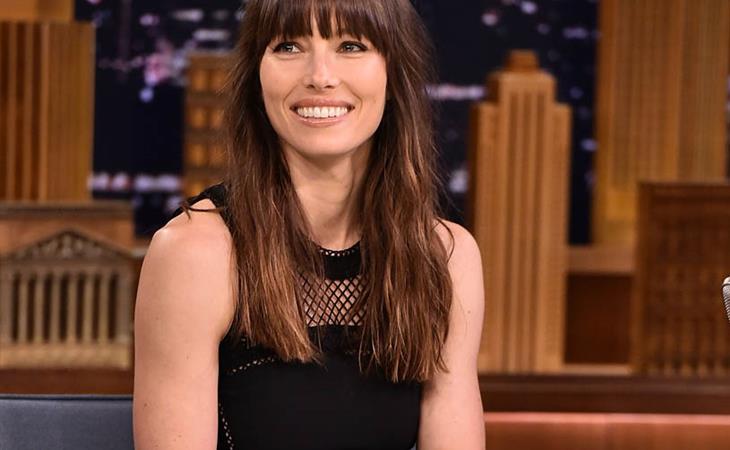 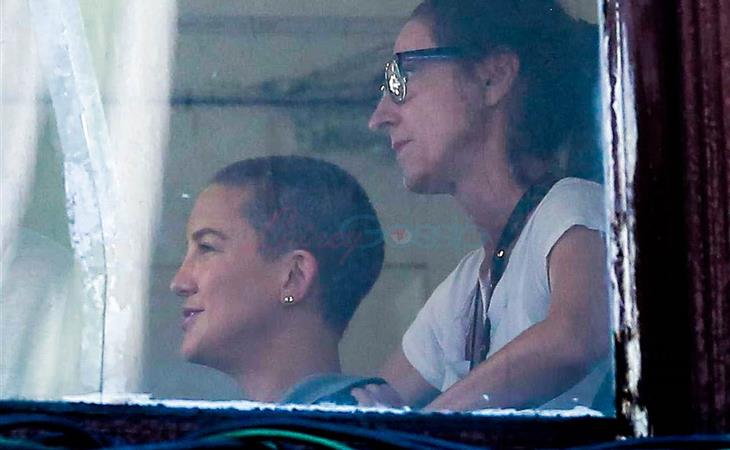