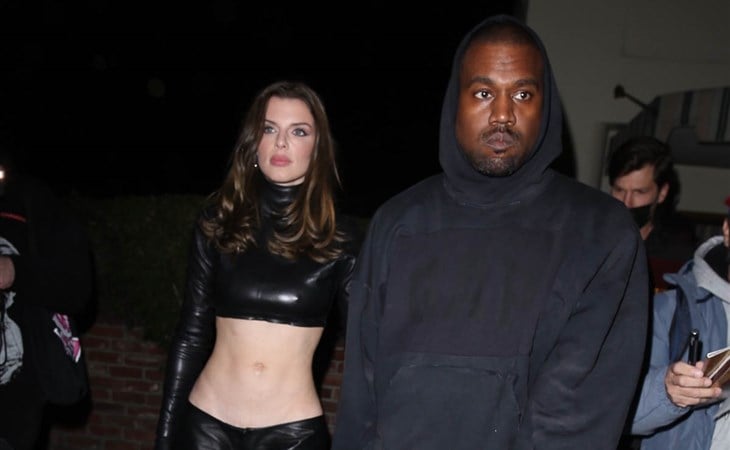 On Tuesday night, Kim Kardashian and Pete Davidson went out for pizza. You can see the photos at Page Six. The details here are important – because they went to a super casual place where the pizza is less than $20 and for dessert they hit up a Rite Aid, LOL. As you can see, Kim’s wardrobe and styling on this show matches the sets.  She’s in a hoodie and leather pants, the whole look is low-key and casual, and the narrative here is that “Pete makes Kim feel like she doesn’t have to try so hard, that she can be herself, he attracted to who she really is, without all the extras”. It’s a reliable and familiar romantic storyline. This is Notting Hill. Just a girl, standing in front a boy, asking him to love her.

Flip the channel and you’ll find another reliable and familiar romantic storyline. While Kim and Pete went out on Tuesday, last night, Wednesday, it was Kanye West and Julia Fox’s turn. And these two are doing Pretty Woman, with Kanye finding a goddess with a heart of gold and anointing her his new muse. Welcome to Hollywood! What’s your dream!?

Ye and Julia were at Delilah where they had dinner with Madonna, Floyd Mayweather, and Antonio Brown.

There’s also a video from their hang:

It’s worth noting that I’m getting fontrum (second-hand embarrassment) from a few people here… but Julia Fox, our nascent gossip superstar, is not one of them. That said, as awkward and cringey as this is, and it is F-CKING awkward, I’m not mad at it.

This is amazing gossip. It’s hilarious. It’s thirsty and borderline pathetic, and don’t you dare complain, because it’s entertaining AF. That you have some of the most famous names in the world, legends even of the business, trying this hard, so much harder than a girl who’s been in the heat for less than a minute – there are all kinds of celebrity studies takeaways here from just the 15 seconds of this clip. And I’m thanking Julia for this. Without her, I don’t know that the video would hit the same way, because you need that juxtaposition.

Anyway, as you can imagine, there was a pap frenzy outside the restaurant when Kanye and Julia were leaving. They held hands, and then for whatever reason, stopped before getting in the car to kiss and hug. Obviously the reason is to famewhore but… it also looks like a goodbye? In one of the photo agency captions, that’s what it says. That they were kissing and hugging because Ye got in the car and … like… left her on her own to go somewhere else? I’m still not clear on what exactly happened here and whether or not they actually went their separate ways but I hope so because it adds another element of gonzo to this whole thing that can’t stop, won’t stop, please don’t stop. This is too good. Whatever the f-ck it is it’s so good.

As for Julia’s outfit, she too was in leather pants and well, she’s throwing it back to 2002 with the low rise. It’s not a waistline I want to see come back but you can’t deny it she’s wearing the sh-t out of it. This is my favourite tweet about what she’s showing us:

So what’s the score right now in the Celebrity Couple-Off? Kim’s ahead for sure given no one’s quite buying that Kanye’s already over her and isn’t using Julia in this game. But that doesn’t mean Julia’s losing. There’s only winning for Julia Fox here, no matter what goes down and how this show ends. She’s the spin-off we’re waiting for. 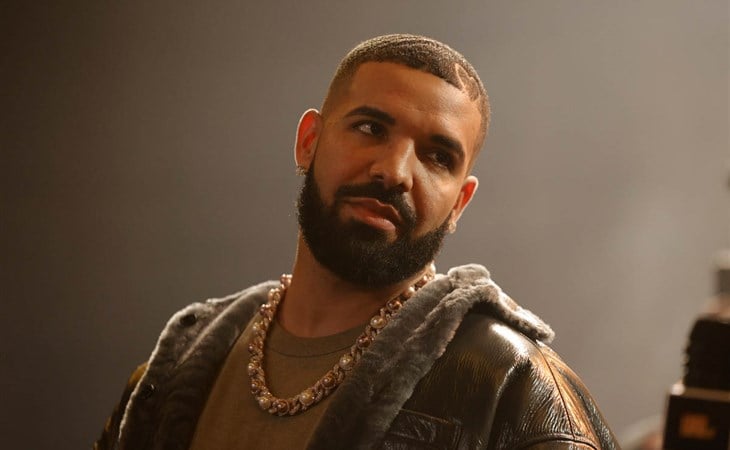 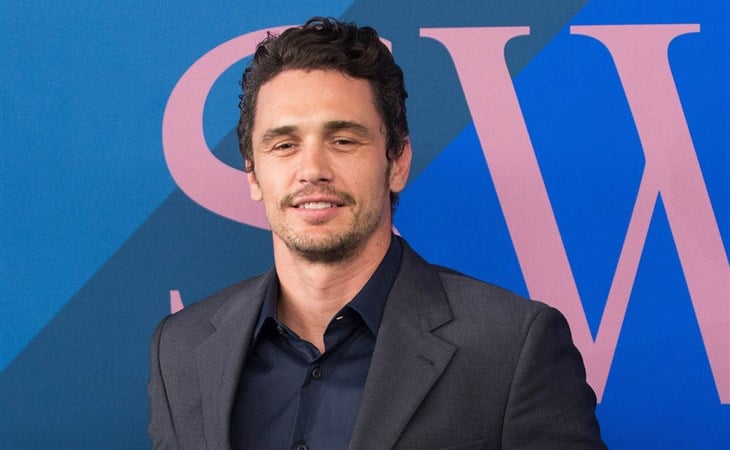