This Jussie Smollett situation….does not look good for Jussie Smollett. And we will definitely write about it once everything is presented, once the case is laid out, and people are ready to go on the record publicly about what really happened, even though it’s looking more and more like what really happened is not what Jussie is still insisting happened. But, f-ck, yeah. The final line of this post, as brutal as it is to actually want to believe, is how a lot of people are feeling right now. (Dlisted)

Phoebe Bridgers, who went on record in The New York Times last week about Ryan Adams, has commented on Instagram about not only Ryan’s f-cksh-t but about his enablers. Of course he had enablers. Just like the other assholes who’ve since been exposed. But to what degree do we all enable? If you don’t speak up when a relative makes heinous remarks at family dinner, is that enabling? Probably most of us have been guilty of enabling – with varying degrees as to the consequences, right? For some, you enable out of fear. For others, the enabling happens because you’re protecting the status quo. Is it worth it in these times to seriously and privately consider how the small but insidious ways we all know an enabler…and that those enablers might be closer to us than we’d like to think? (Jezebel)

Queen will be performing at the Oscars with Adam Lambert. Medley? Or the most obvious song which is also the title of the Oscar-nominated movie? (Just Jared)

Brienne of Tarth, aka Gwendoline Christie, closed the Tomo Koizumi fashion show in a completely unpractical piece made of feathers. You know what though? It looks warm. It looks like it could be worn when winter comes. SORRY. I had to. (Go Fug Yourself)

If you’ve never eaten straight out of a buffet tray without bothering to put the food on a plate, you haven’t lived. My parents used to own a Chinese buffet restaurant. At the end of the night, before taking the pans back into the kitchen to be cleaned, I used to scrape up the noodles or the kung pao chicken or the sweet and sour pork and shove it straight into my mouth. The sh-t that’s left over is extra flavourful. Miley Cyrus knows this. (Teen Vogue) 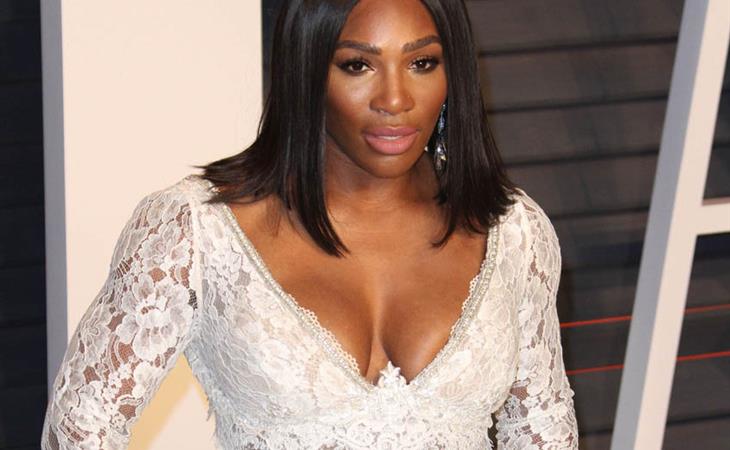