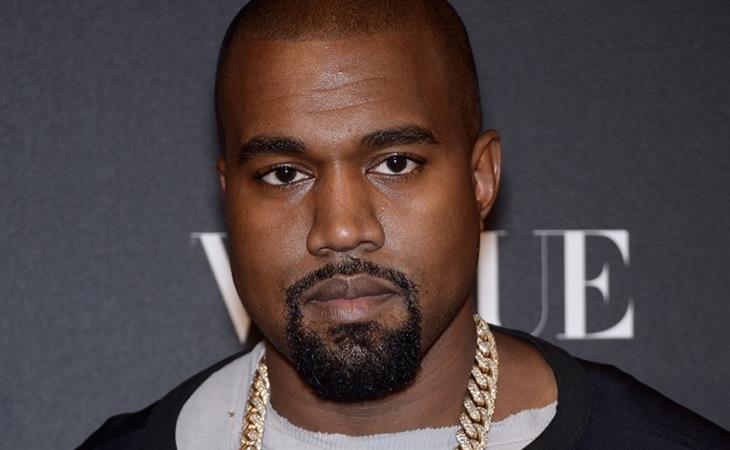 Can Kanye West be ignored?

One month after Kanye West called Donald Trump his “brother”, bragged about their similar “dragon energy” and stated that 400 years of slavery “was a choice", he has the #1 album on iTunes. A month ago, when celebrities were unfollowing Kanye on Twitter in droves and the image of him in a MAGA hat was everywhere, I predicted that his new music would be in serious jeopardy. I thought that there would be consequences for Kanye’s recent bouts of inexcusable ignorance.

Kanye’s saving grace has always been his supposed genius – a genius I believed in and mostly defended until a month ago. When Kanye opens his mouth and a pile of sh-t falls out, good or bad, his music has been the reason to keep paying attention. Even before Kanye’s slavery comments, right around the time he doubled down on his allegiance to a president who, to quote Kanye, “doesn’t care about black people” (or brown people, or LGBTQ people, or immigrants, and continually proves this indifference through the policies he enacts and the rhetoric he spews), I decided I was done with Kanye West. I decided that there is no music great enough to excuse what Kanye is doing with his power and influence. I started to avoid headlines. I swore I wasn’t going to listen to or support his new album when it dropped.

Then, the listening party in Wyoming happened and the reviews started trickling in. Not only did ye still drop to the same spectacle and spotlight that usually surrounds a Kanye West album release, it was also met with thunderous praise on Twitter. The Wyoming livestream became a pop culture moment. The instant reactions from music journalists in the room were going viral: “Wait – Jonah Hill was there? Why? Chris Rock said WHAT?” It was unavoidable. But wait, wasn’t Kanye West supposed to be cancelled?

Suddenly, it was like the past month hadn’t happened. NME called ye a “fascinating record“ that “flirts with brilliance”. Rolling Stone applauded the album’s 7-song format, one that Kanye will follow for all the albums he’s produced that will be released this summer. Nicki Minaj was among the celebs who seemingly jumped off the Kanye train but her voice is on the album. What does that mean? Is Kanye no longer a pariah? As more and more takes on the lyrical content of ye and its quality were filling up my social media timelines, it became abundantly clear to me, someone whose job it is to study and critique pop culture, that a figure like Kanye West cannot be ignored.

Kanye’s incessant relevance is not an accident. It is by design. Ye is not a masterpiece which, frankly, was a relief to me. Any talk of its brilliance is baffling but the only explanation I can come up with is that musically, it’s not a disaster and lyrically, Kanye did the only thing he could have done. He is brutally candid. Ye directly addresses Kanye’s recent controversies and his mental health. It also namechecks tabloid staples Stormy Daniels and Kanye’s almost brother-in-law Tristan Thompson. Ye is chalk-full of lyrics begging to be dissected and turned in clickbait headlines.

With antic after antic, Kanye West has proven that his greatest fear is being ignored. It’s a good thing for him that he’s famous in a time when the spotlight never dims. There's no better time to be an artist who yells as loud as Kanye and rejects facts as proudly as Kanye. Kanye West is thriving “in an accessible age, when every f-ck is a tweet and every defecation a status update.” That quote is from the gorgeous Ta-Nehisi Coates essay titled “I’m Not Black, I’m Kanye”.

“… he is a man of no mystery, overexposed, who holds the world’s attention through simply the consistent, amazing, near-peerless quality of his work.”

That statement is accurate for Kanye’s first seven albums but ye is not a “near-peerless quality” of work. It’s clear that ye was written hastily in the last month, even without knowing Kanye’s admissions that he re-did the album after his now infamous appearance on TMZ. It’s also clear that the brave, socially-conscious, insightful, thought-provoking Old Kanye is long gone. He’s been replaced with someone attempting to be all these things but with less sincerity. It’s so clear now, I’m questioning if he was ever there to begin with. Ye still has the solid samples and soulful production of albums past but years later, when his peers like Drake and Kendrick have taken his style and refined it, the production isn’t as impressive. Lyrically, ye is disappointing. On “Wouldn’t Leave”, Kanye flippantly refers to his slavery comments.

I said slavery a choice, they said, ‘How, Ye?’
Just imagine if they caught me on a wild day
Now I’m on fifty blogs gettin fifty calls
My wife callin’, screamin’, say “We bout to lose it all!”

It’s very telling that by Kanye’s account, his wife cared the most about losing their money, and not how her husband was perpetuating dangerous and historically inaccurate alt-right propaganda. It’s also very apparent that Kanye West is not sorry or cognizant of his damage. He’s a rotting sewer who thinks he smells like roses. On the same song, Kanye shouts out “females” who stick with their men “through the best times” and “through the worst times.” The message is essentially, hey ladies, men are trash but you have to put up with their garbage forever or else you aren’t loyal! Great. The misogyny continues on “Violent Crimes” when Kanye reiterates the dumbass take that men only start respecting women once they have daughters.

N----- is pimps, n----- is players
'Til n----- have daughters, now they precautious
Father, forgive me, I'm scared of the karma
'Cause now I see women as somethin' to nurture
Not somethin' to conquer

Imagine being Kim Kardashian West, a woman who has had to endure Kanye West’s rotting sewer of bullsh-t, only to find out that your husband didn’t start seeing women as anything other than something to “conquer” until you gave birth to his children – but only the ones with vaginas. How disrespectful is this statement to Donda West, the woman who raised Kanye? Or to every woman Kanye ever encountered before North and Chi West were born? We see male celebrities using their daughters to justify why they finally give a sh-t about women’s rights often and I’m sick of it. How about we teach boys to respect women just because they are human f-cking beings? How about men start seeing women as people, not conquests, before they’re trusted to raise them?

Kanye also references the #MeToo movement but only to throw shade at Russell Simmons and to worry about “what if that happened to [him] too.” Yeah, it’s not hard to hate this Kanye. This is the Kanye West we saw in confrontation with TMZ’s Van Lathan, an ignorant man child in over his head. Kanye doesn’t have the intellectual depth to tackle some of the subjects he does on ye and yet he still takes them on with the overconfidence and bravado that has become synonymous with his name.

It gets complicated when Kanye broaches the subject of his mental health. He reveals that he is bipolar and calls it his “super power.” This is the glimpse of the Kanye West I used to love. It is a powerful statement to declare a mental illness as a power instead of a weakness. It has already resonated with people living with the same condition. THIS is how Kanye West should be using his platform. I’m sure there are some people who have mental health issues who resent being compared to Kanye West because, as I’ve written before, having a mental illness does not automatically turn you into a bigot. But the stigma surrounding mental health does need to change and someone like Kanye West has enough influence to help start the shift. I just wish he wasn’t publicly supporting someone who in fact does see his disability as a weakness.

Some positive lyrics don’t negate all the negative ones but Kanye’s contradictions are also why he cannot be ignored. Kanye West sparks debates. He is fascinating to talk about, fun to sh-t on and divisive enough that he instantly starts arguments, which is why we will continue to talk about him. It doesn't, however, mean I have to support him.

Ye has not changed my mind about Kanye West. Even if the album was better, I don’t think I’d feel any differently. The untouchable genius label is one that is only afforded to men. Do you think Nicki Minaj’s album would be celebrated in the same way had she been spouting off the same ignorance as Kanye? Azealia Banks is also a rapper struggling with mental health issues and a history of unforgiveable comments and horrible behaviour. Her career was over before it even began.

In the past few months, I’ve gone back to Roxane Gay’s piece “Can I Enjoy the Art but Denounce the Artist?” a lot. In it, she argues that the bad behaviour of men with supposed genius should not be excused just because they deliver great art.

There are all kinds of creative people who are brilliant and original and enigmatic and capable of treating others with respect. There is no scarcity of creative genius, and that is the artistic work we can and should turn to instead.

I’m supposed to forgive Kanye’s endorsement of a man tearing families apart and emboldening white supremacists because ye has some nice choruses? I’m supposed to forget he said four hundred years of black pain and dehumanization was a CHOICE? For what? For a soulful Charlie Wilson hook? There is a lot of soulful music out there. Kanye West may be a fascinating case study in celebrity but if he keeps following this path of provocation as priority, his legacy as an artist is going to fade with his fame. Maybe history will be his consequence. 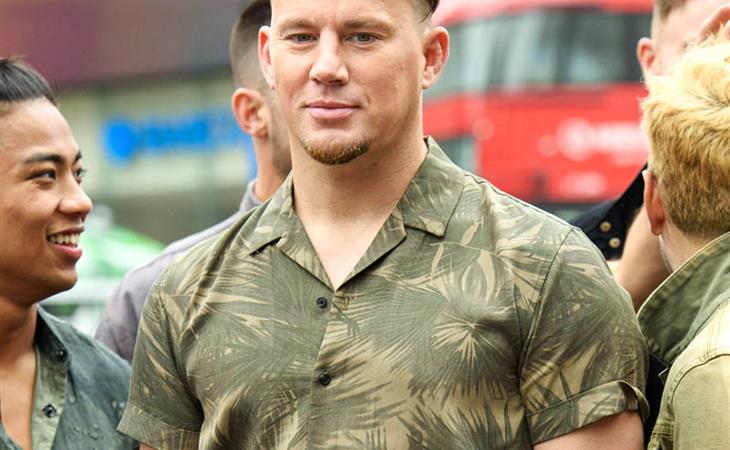 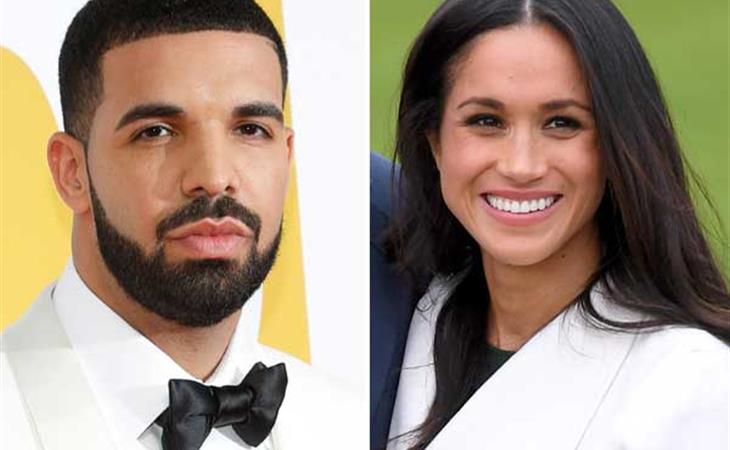