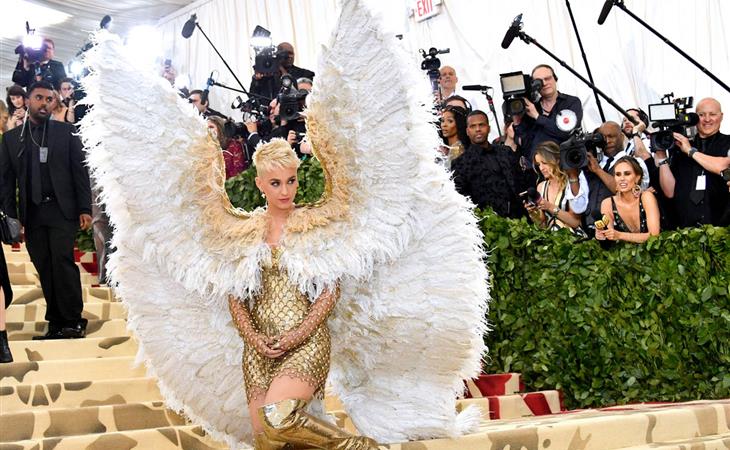 Katy Perry and Evan Rachel Wood weren’t the only feathered angels last night. But they were the only ones I remember. Katy Perry is the most obvious angel, as befits Katy Perry. It’s not like Katy ever does anything subtly. So, of course, her angel wings are going to take up the sky, spread up and out in spectacle. This is the angel you were expecting with the theme of the Met Gala this year, “Heavenly Bodies: Fashion and the Catholic Imagination”. She is the stunt angel. She is the one who stunts, year after year. You a need stunt here though, don’t you? What if we had gone the whole night without someone showing up in jacked up wings? I would have been disappointed. So the job was always Katy Perry’s to begin with. And she did it well. I would wear the chain mail dress with the extra-long sleeves that nobody really bothered to notice under her wings. I wouldn’t wear the over-the-thigh gold boots but they’re the right choice for the look. Also she went back to platinum blonde for the occasion because lately her hair has been kinda purple, which would have been a major takeaway from the overall illusion.

While Katy’s version of angel was more on the generic side of things, Evan Rachel Wood came with wings too – only lowered, an archangel in repose, she has the night off. This cape is unreal. It’s Altuzarra and it is exquisite. Look at this shot of her from the back, with the feathers meticulously arranged on the floor, like knives, golden blades that will spike up at any moment to immediately avenge whatever it is that needs avenging. Even the circular band at the back of her head that’s securing her bun has the potential to be a weapon. This is, to me, one of the most quietly violent looks of the night. 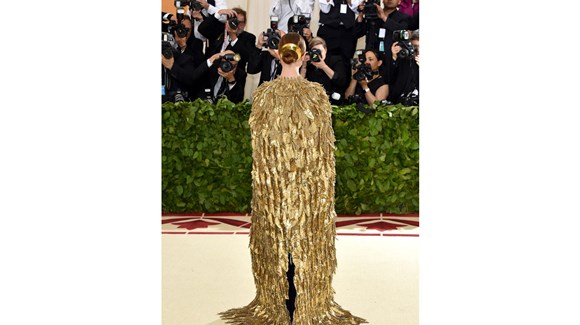 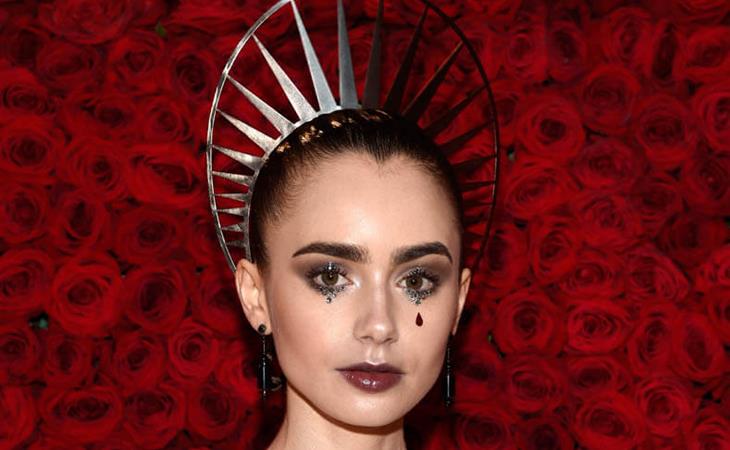 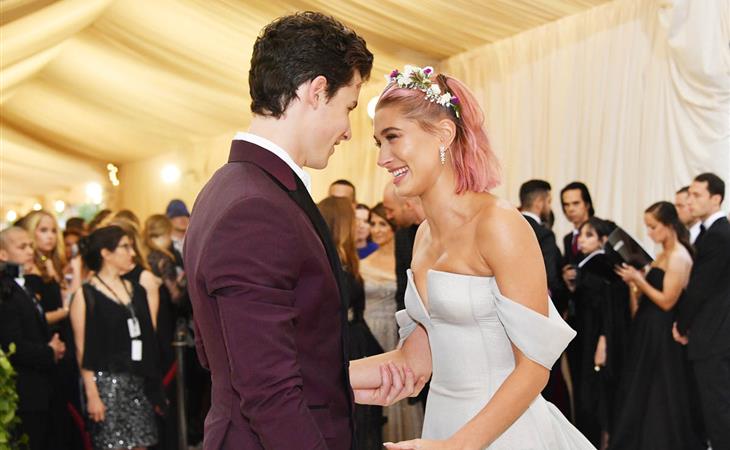