I posted yesterday about Justin Bieber and Hailey Baldwin being legally married.  Apparently it’s not real yet to them because they haven’t had their wedding, and until they pledge themselves to each other before God, it doesn’t count. Dlisted brings up an excellent question though – if it doesn’t count… then why the need for the courthouse? I’m thinking Kathleen had it right all along. Destination wedding. (Dlisted)

Usually Keira Knightley + Chanel yields good results. This Chanel on Keira, however, is a disappointment. It’s so boring. And it reminds of that top layer of bedding that you’re not actually supposed to use because it’s decorative which has always confused me because WHY IS IT THERE IF YOU’RE NOT SUPPOSED TO USE IT. Doesn’t that make more work for everyone involved? Also it’s impossible to have one of those things if you’re a dog owner. Or maybe that only applies to bad down owners who let the dogs sleep in bed with them. I’m one of those. (Go Fug Yourself)

Here’s a Hollywood Sliding Doors moment – Tiffany Thiessen (remind me when we stopped using the “Amber”) aka Kelly Kapowski aka Valerie Malone to everyone petty (ALL OF US!) could have been Rachel Green instead of Jennifer Aniston. How would the course of gossip history changed if that was the case? Would Brad Pitt and Jennifer Aniston have happened? Would Brad Pitt have ended up with Valerie Malone instead? I want to play out that scenario. (Cele|bitchy)

John Travolta played John Gotti in a movie that came out this summer… I think? It came and went and that’s probably best for everyone, including Kevin Connolly, who directed it. That’s the kind of friend Leonardo DiCaprio is. At least help your homeboy make something that isn’t so f-cking bad. I don’t think the Wolf Pack Pussy Posse works that way though. No one is allowed to talk to Leo about their work, because Leo’s work is the only work that matters. Anyway, there’s now an Honest Trailer about Gotti. And I didn’t know this before but somehow Rick Salomon, of course, is involved in this mess. (OMG Blog)

I have had two root canals. One of those root canals expired and became a dental implant. I am obsessed with my implant. It’s basically the Terminator of fake teeth. It’s indestructible. At least that’s how I see it. Anyway, I take care of my teeth. I brush a lot. I am conscientious of my teeth. But I believe that having good teeth is genetic. Because as much as I do the most when it comes to my teeth, Jacek is a bare minimum kind of guy. And never has to worry about cavities. My father, meanwhile, who has also been fastidious his whole life, has an entire mouth full of implants. I have serious teeth shame. (The Cut)

I love this article, written by Rob Harvilla, about Bradley Cooper’s career so much I’ve read it twice. It’s a cuttingly objective and sympathetic and hilarious piece about how Coop started, what he’s been trying to overcome, and how each of his roles that led to A Star is Born may have contributed to how he played Jackson Maine. Also, while many on social media have already pointed out the similarities between Bradley’s Wedding Crashers character, Sack Lodge, and Brett Kavanaugh (he is so totally Sack Lodge), this essay fully expands on that idea. And it’s too close to deny. (The Ringer) 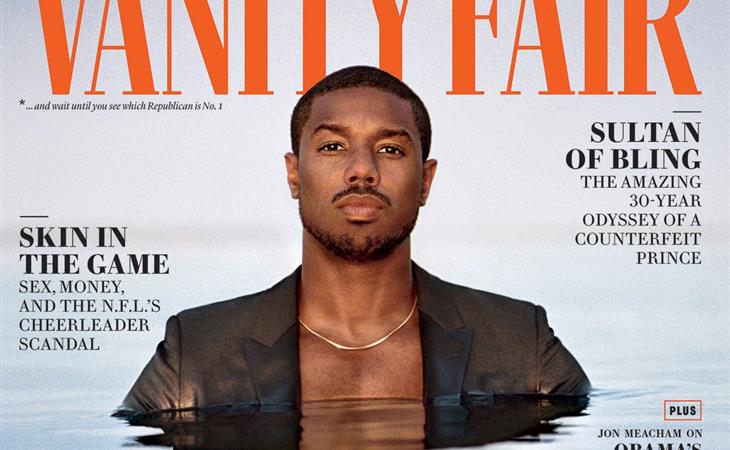 Michael B Jordan in Vanity Fair